Excavations are only the beginning. Experts are looking for ways to protect monuments, also in Biskupin 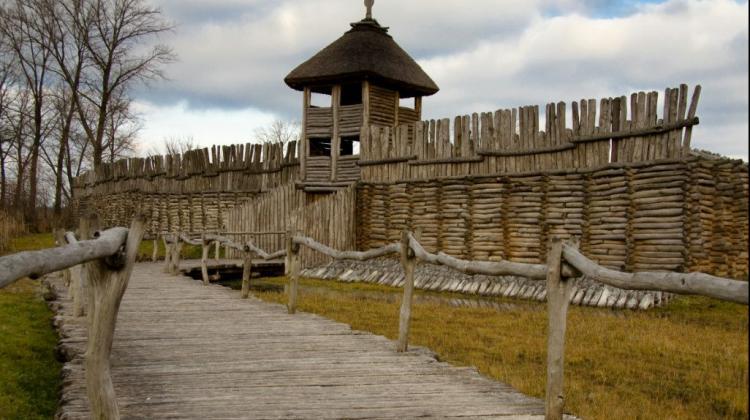 The prehistoric settlement in Biskupin could hold the answer to how to protect historical artefacts after they have been extracted from the ground.

Scientists from Poland, France, Italy and Norway have joined together to find effective organic material (wood and leather) conservation treatments that can be used immediately after extraction from the archaeological site.

They then plan to impregnate the artefacts with a stabilizing substance.

Professor Magdalena Zborowska from the Department of Wood Chemical Technology, Poznań University of Life Sciences, said: “Archaeological organic artefacts are generally in a wet state, which must be maintained until conservation.

“This stage of the conservation process is much less researched than impregnation with stabilizing substances, often referred to as conservation.

“Therefore, an important thread in our project is to develop strategies that enable long-term storage of organic finds in a wet state before impregnation with a stabilizing substance, ensuring the preservation of the scientific information they are the source of.”

As part of their research, the scientists will go to the 2,700-year-old Biskupin site.

Director of the Archaeological Museum in Biskupin, Dr. Henryk P. Dąbrowski said: “Researchers will analyse the original wood from the end of the Bronze Age (8th century BCE), from which the structures of the famous Lusatian settlement located on the Biskupin Lake peninsula were built. Some of these structures remain underground and we are interested in the condition, in which the wood has been preserved since the archaeological research conducted in 1934-1974.”

Generally, the project will test several methods of controlling the storage conditions of archaeological objects made of wood and leather (in hydrogen peroxide, ethanol, lysozyme, salts). Experts will develop protocols for monitoring wet artefacts in this stage of the conservation process (before stabilization). Samples of organic materials will be analysed before and after their storage period. Researchers plan to perform measurements of pH, water content, microscopy (MO, SEM), molecular characterization of organic and inorganic components by various methods.

Mariusz Fejfer, head of the Museum Conservation Department at the Archaeological Museum in Biskupin said: “Knowledge about the impact of conservation measures will enable earlier identification of potential degradation and, as a result, will lead to more effective protection of the objects.”

Degradation assessment methods will be developed on the basis of the results of advanced analytical techniques.

The primary objective of the project is to strengthen the interdisciplinary approach of archaeologists, conservators and researchers of organic artefacts to the conservation of such objects. Currently most wood and leather restorers operate according to individual procedures based on their own experience.

The scientists said: “The results of the project will not only improve the conservation process in terms of long-term preservation of organic artefacts and the assessment of their degradation during exhibition at museum exhibitions, but will also enable the development of universal conservation methodologies.”

The project received funding from the JPICH Conservation, Protection and Use programme - support for research on cultural heritage, which is part of the EU's Horizon 2020 programme.