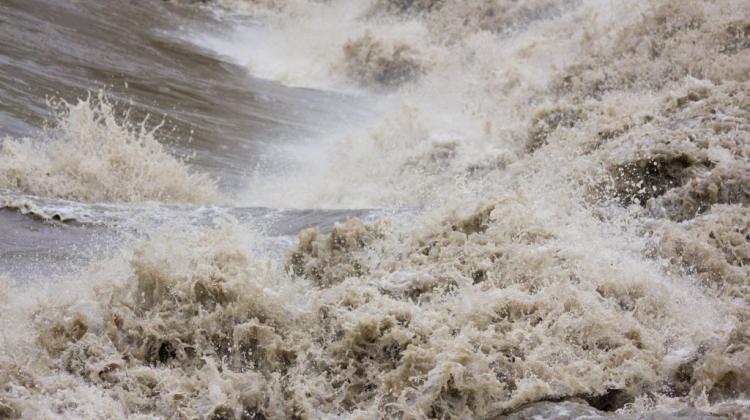 The sludge generated in wastewater treatment processes can be a safe and effective fertilizer, which - in the form of granules - can also support plant cultivation and be a soil-forming material, according to the brains behind an innovative technology developed at the Central Mining Institute.

The solution developed at the Central Mining Institute, consisting of obtaining organic fertilizer from stabilized municipal sewage sludge, was recently awarded the European Medal by the Business Centre Club.

The European Medal is a nationwide competition organized under the honorary patronage of the European Economic and Social Committee in Brussels to award products and services at the highest European level.

Dr. Sylwia Jarosławska-Sobór, a spokeswoman for the Central Mining Institute said: “The awarded technology is in line with the idea of a circular economy and a good example of how to deal with municipal waste.

“The medal is a recommendation issued to the awarded products and services by the European Economic and Social Committee, the most important institution for entrepreneurs operating at the European Commission.”

Experts estimate that Polish wastewater treatment plants generated approx. 600-800 thousand tonnes of dry matter of sewage sludge per year. The current regulations prohibit their storage. Sludge is used in cement plants, incinerated and composted. Only a small part is used, for example, in the production of fertilizers.

Despite the obligation to manage sludge, it is usually treated as waste.

But scientists from the Central Mining Institute argue that with the use of appropriate technologies, sewage sludge can be turned into a product in the form of a safe and effective fertilizer that can be widely used.

Obtaining fertilizer is possible thanks to the precise mixing of components and bringing the material to the form of a durable granulate with a grain size of 1-6 mm.

Dr. Jarosławska-Sobór said: “The high content of organic matter has a positive effect on the processes of humus formation in the soil. The product is also characterized by de-acidifying properties and micro-retention of water in the soil.”

Earlier, scientists from the institute in Katowice developed a technology for this type of organic fertilizer to be useful not only in agriculture, but also in home gardens, on balconies and in flower beds. This is possible because the fertilizer granule is surrounded by a hydrogel solution, which serves as a protective layer, accumulates water and eliminates unpleasant odours. The coating protects sewage sludge against dusting and the formation of potentially harmful bioaerosols, while gradually releasing nutrients into the soil. It is also a kind of water storage that plants can use by during periods of drought (PAP)