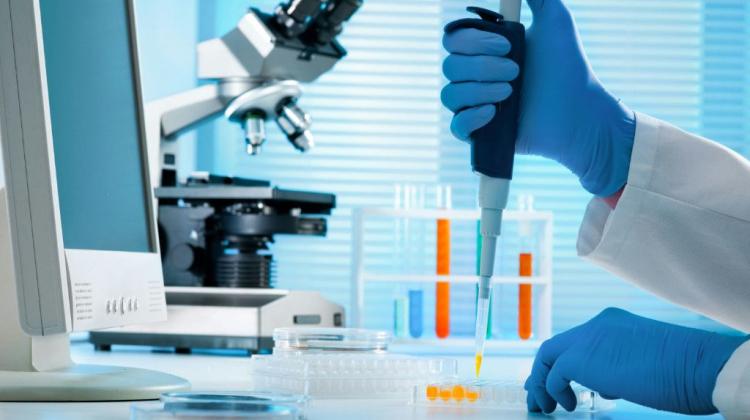 A Polish researcher is looking into how hypertension drugs called sartans can help prevent the acute respiratory failure associated with COVID-19.

Marika Tureck from the Jan Dlugosz University in Czestochowa is one of 67 research centres around the world carrying out clinical trials to demonstrate the effectiveness of sartans in the treatment of COVID-19.

Sartans prevent pathological changes after the virus enters the body, for example by preventing an excessive build-up of angiotensin II, which causes the accumulation of fluid in the lungs and the collapse of the air sacs in the lungs. In addition, they convert angiotensin II into a lung protective peptide. Ultimately, they prevent the onset of acute respiratory distress syndrome, which is the leading cause of death in COVID-19 patients.

Of the 67 clinical trials conducted with sartans, 14 have now been completed and some have already been published. They show that the original purpose of sartans can be changed and potentially they can be also used in the treatment of COVID-19.

Turek said that research on sartans is also associated with improving the solubility of the drugs. Modification of poorly soluble drugs, for example by co-crystallisation and co-amorphisation, can help to increase their solubility. These techniques help to obtain a new form of the drug in a crystalline (co-crystallisation) or amorphous (co-amorphisation) form. These forms contain the drug and an additional substance supporting the drug's action. As a result, it is better absorbed, and the additional substances in the drug provide an additional, beneficial function.

Modification of drugs and changing the original purpose of previously approved drugs is an approach that can help in the fight against many diseases. This is important because sartans, in addition to their primary use as antihypertensive drugs, can also be effective in the treatment of Parkinson's and Alzheimer's.

Since 2020, Marika Turek has been the leader of a Preludium 17 project, in which she uses co-crystallisation and co-amorphisation to obtain new, not only more soluble, but also dual-purpose drugs. Dual-purpose drugs would combine the strength of traditional treatment with additional support.

In the case of sartans, it involves the addition of a vitamin, amino acid or other biologically active compound, which would have an additional, beneficial effect for the human body. The addition of the second component is primarily aimed at increasing drug absorption, so that the therapy is much more effective. In the future, the obtained multicomponent solid forms of drugs may be developed by the pharmaceutical industry as new dual-acting drugs.

The drug obtained in this way contains the main active substance (angiotensin II receptor blocker - sartan) and an additional component called a co-former, which has a number of health-promoting properties. Such drugs could not only help in the fight against hypertension, but also supplement other vitamins and minerals, and due to increased absorption, they could better cover their deficiencies in the body.

Turek received a doctoral fellowship in the 20th anniversary edition of the L'Oréal-UNESCO For Women in Science Programme. The researcher is working on her doctoral dissertation under the supervision of Professor Piotr Bałczewski at the Faculty of Science and Technology of the Jan Dlugosz University in Czestochowa.

The L'Oréal-UNESCO For Women in Science Programme has been running since 2001, and its aim is to promote the scientific achievements of talented women researchers. The programme partners are the Polish UNESCO Committee, the Ministry of Education and Science, and the Polish Academy of Sciences. Until 2020, 105 women were awarded in Poland. The winners are selected by a jury chaired by Professor Ewa Łojkowska.

Poland is one of 118 countries in which fellowships are awarded every year. The Polish edition is part of the global For Women in Science initiative established by the L'Oréal and UNESCO partnership. The winners of national editions compete for the International Rising Talent Grants. There are already three Polish women in this group: Dr. Bernadeta Szewczyk (2016), Dr. Joanna Sułkowska (2017) and Dr. Agnieszka Gajewicz (2018). The L'Oréal-UNESCO For Women in Science International Awards are awarded annually in Paris as part of the For Women in Science Week to 5 winners whose discoveries provide answers to key problems of humanity.