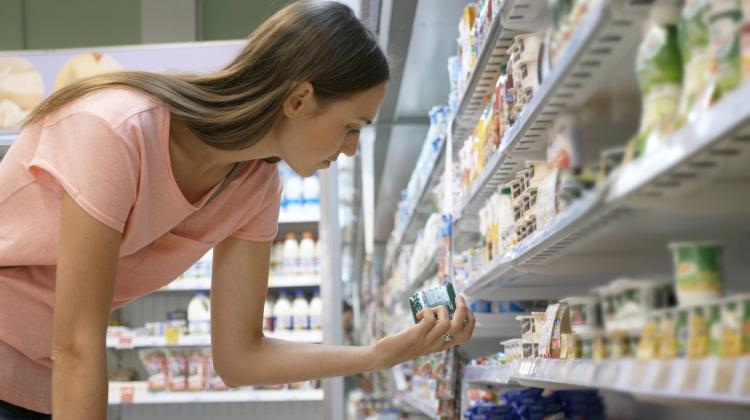 Superstitious people are more likely to give ‘personalities’ to inanimate objects such as keys and wallets, according to new research.

The behaviour known as ‘animism’ can also lead to them being more susceptible to commercial persuasion, say researchers from the University of Łódź and the European University Viadrina.

Dr. Małgorzata Karpińska-Krakowiak from the Faculty of International and Political Studies at the University of Lodz said: “It is extremely difficult not to be superstitious. Gamblers, athletes and all people who face various challenges, uncertainties and risks, such as newlyweds, students or passengers flying on a plane on Friday the thirteenth, know that all too well.”

She added that it is therefore important that we are aware of this effect and try to avoid it. Especially in the context of purchasing decisions, it is best to stick to logical arguments and rational thinking.

The research published along with Professor Martin Eisend from the European University Viadrina in Frankfurt in the Journal of Interactive Marketing, found that Animism is a way of seeing inanimate objects as living and having a will of their own.

It was and is used by people from many different countries and cultures. It has evolved as a perception strategy that facilitates making quick decisions and dealing with an unpredictable world.

Dr. Karpińska-Krakowiak said: “Imagine leaving the house in a hurry. You put on your shoes, put a jacket over your shoulders, grab a backpack with a wallet and a phone. You stand in the door and want to lock it, but where are the keys? You look for them in your pockets, in your backpack. You get back inside and run nervously around the rooms looking under the couch, under the pillows. After a few minutes of nervous search, you think to yourself, ‘Nasty, mean beasts! They are hiding on purpose!’ You fail to notice that you have just animated the keys that in fact do not have free will, cannot be malicious and cannot hide.”

Animism is the easiest to observe among playing children, but adults use it just as often to explain the things happening around them. Examples include getting angry at a car that broke down 'out of spite' or believing that a movement in nearby bushes is an animal or a terrible monster.

According to the authors of the study, marketers have used a process related to animism called anthropomorphization (attributing human characteristics to objects) for years to persuade customers to buy more.

Perceiving objects as human beings facilitates establishing relationships and increases attachment, which is why we are bombarded with messages about products that look or behave like people, such as M&Ms and Michelin tires.

Anthropomorphic thinking has its limitations. Firstly, it does not always lead to positive emotional reactions, and secondly, it is not always possible to trigger it. It turns out that anthropomorphism is easy to activate mainly in people with a sense of powerlessness, loneliness, social exclusion, or with conservative (versus liberal) political views. The research also shows that there are no such limitations in the case of animism.

Karpińska-Krakowiak said: “Animistic thinking can be triggered more easily than anthropomorphism. It is especially easy to do this with people who are at least a little superstitious. If you carry a good luck charm, pick a four-leaf clover or avoid a black cat once in a while, this proves that you are more or less superstition. It is also enough to be more prone to animism and, consequently, to be more susceptible to persuasive messages about brands and products, even as banal as cookies or yoghurt.”