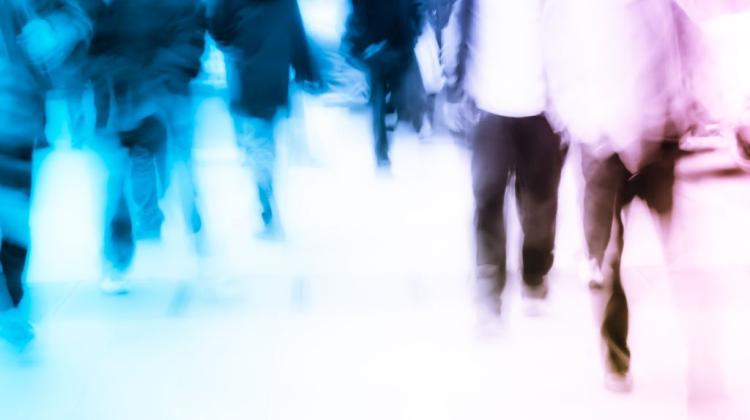 Although most young people have sex before they are 18, the sexual activity of Poles is generally decreasing says a leading sexologist and family health specialist.

Professor Zbigniew Izdebski, head of Department of Biomedical Foundations of Development and Sexology at the University of Warsaw studied around 40,000 Poles in the largest research of its kind into their health, well-being and sexual behaviour.

Beginning his research in 1988, the ‘sexpert’ who is also head of the Department of Humanization in Medicine and Sexology, Collegium Medicum at the University of Zielona Góra, found that the biggest changes were among girls.

Speaking to PAP he said: “About 13 percent of teenagers, depending on gender, have sexual intercourse before the age of 15.

“Until now, the boys had the feeling that they +held all the cards+. The way it is now, girls start having sex, even when they don't really feel like doing it.”

He added that this is happening at a time when the overall sexual activity of Poles is decreasing. Since 1997, it has gone down by 10 percentage points. He said: “Poles have sex less frequently than almost 25 years ago, which seems strange considering the eroticisation of public space and easily accessible online pornography. The reason is lifestyle, mainly fatigue and stress.”

“We have never been as tired as we are today. We have high consumption aspirations and we work a lot, often two jobs. This applies to both young people and those later in life. We earn less than Western Europeans, but we have similar expectations with regard to material goods and trips abroad.”

As many as 31 percent of women admitted that fatigue and stress make it difficult for them to have sexual intercourse. In the case of men, it was 21 percent.

He continued that fear of unwanted pregnancy was still strong, with 26 percent of female respondents citing this has a major turn off.

Izdebski said: “We have progress in civilization and our knowledge is changing, but the fear of unwanted pregnancy persists. We do not know yet the effects of the stricter abortion law resulting from the ruling of the Constitutional Tribunal.”

But research carried out during the 2020 lockdown shows that the fear of unwanted pregnancies was then much lower, dropping from 26 percent to 7 percent in the case of women. During the lockdown, 14 percent of men and women admitted that they had postponed their procreation plans.

A partner's drunkenness may also cause difficulties in sexual relations, according to 11 percent of women and 9 of percent men. Izdebski said: “This problem does not only concern men, but also women to a similar extent. This was not the case before, the approach of women to alcohol has changed.”

In recent years, the fear of sexual intercourse has increased in men. As much as 14 percent of men surveyed admitted that they were afraid that they would not be able to perform well in sex.

Only 6 percent of women said this was a problem. Izdebski said: “I believe that the level of sexual education in our country is low, but the sexual awareness of women has nevertheless clearly increased. However, it does not go hand in hand with the sexual awareness of men. Women are more aware of their sexual rights, with men feeling their masculinity has been compromised.”

And age is not a factor as the survey found that men of all ages feel that they are being judged by their partners and will not live up to their expectations.

As a result, the demand for erectile dysfunction medications such as Viagra is increasing. Even young men use them. Over-the-counter generics are available in low doses and still mainly used by men in their 50s and 60s.

But, Izdebski found that increasingly men below the age of 30 were also turning to the drugs. He said: “Men who have erection problems due to psychogenic reasons because they are afraid that they will not perform, needed a pill. They use it for mental support, just in case, to perform well.”

Pornography, the viewing of which has increased during the pandemic lockdown, is another challenge. He said: “Entire generations of Poles are not well educated in terms of sex life. A lot of sexual standards are therefore obtained from pornography, by both men and women. Young men's knowledge about sexual performance largely comes from pornography, which has little to do with reality. They do not realize that real sex life is completely different. This again shows that we need sex education like never before.”

When it comes to contraception, the Polish preference has always been condoms that also prevent infections.

But the research shows that the use of contraceptive pills has been increasing. In 2017, 18 percent of respondents said the ‘withdrawal method’, interrupted intercourse, was their preferred method of contraception. During lockdown this increased to 29 percent.

Only one percent of Poles use emergency birth control. Currently, it is only available on prescription to prevent young people from using it. Izdebski said: “But it is not true that they are the main consumers. Emergency birth control is most often used by women aged 30-39, which is the period of the highest sexual activity.” (PAP)