Techno-enthusiasm is probably the most dangerous of modern ideologies, says sociologist 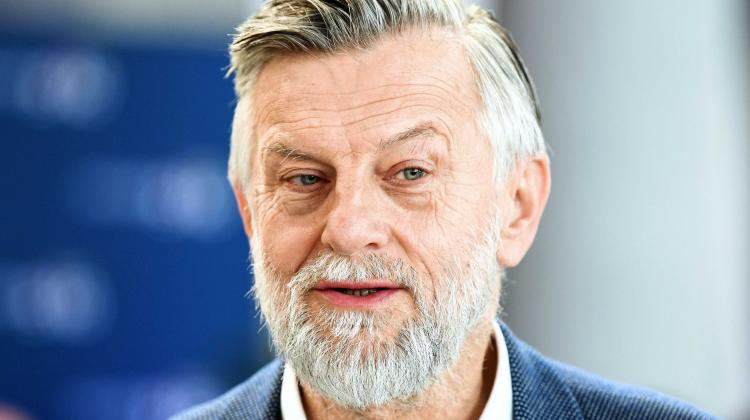 A leading sociologist has slammed techno-enthusiasm as being the ‘most dangerous of modern ideologies’.

Andrzej Zybertowicz, a long-term researcher at the Nicolaus Copernicus University in Toruń, advisor to President Andrzej Duda and advisor to the head of the National Security Bureau, said: “A person has the impression that a smartphone is a tool, but meanwhile they become their smartphone's servant, failing to notice the reversal of this relationship.”

According to him, the lack of deeper reflection on the broader consequences of the rapid development of digital technologies accompanied by an increasing dependence on them and hyper-individualisation, leads to unexpected and dangerous social changes.

The digital revolution, he added, is associated with growing stratification, both economically and with a huge disproportion of knowledge and power.

He said: “One of the effects of this process will be casteism that Yuval Noah Harari wrote about. On the one hand, we will have billions of people permanently attached to their smartphones, immersed in infotainment, and soon perhaps in the world of augmented reality. On the other, a group of cyber-lords, a small community controlling the world of digital technologies that will concentrate even more resources and influence in their hands.

“The danger of techno-enthusiasm lies in the fact that the people affected by it accelerate this and other phenomena themselves, which may cause them to lose not only their freedom, but also their jobs in the not-so-distant future. The interconnected processes of artificial intelligence, automation and robotisation development will contribute to the disappearance of many jobs, the researcher notes. The first victim of this process will probably be the broadly understood middle class, in which there are many techno-enthusiasts.”

The researcher says that the middle class largely consists of white-collar workers. But only a few, those most creative or highly socially connected, can count on employment stability and the chance to take high positions. Most of the white-collar work will be algorithmised and the positions will be terminated.

Citing the history of technology, techno-enthusiasts argue that with the liquidation of jobs, thanks to new technologies, new professions will arise, giving jobs to the terminated employees; someone, for example, will have to maintain robots, the sociologist continues.

Zybertowicz said: “It won't be that simple though. The issue was considered in detail by the English economist Robert Skidelsky, who noticed that the process of disappearance of old jobs and emergence of new jobs in their place will be spread over time, and during this time gap social unrest can strongly destabilize social systems.”

He added that if, contrary to the assumptions of techno-enthusiasts and liberals, the market fails to react to changes quickly enough, then a wave of layoffs could lead to violent protests similar to, but probably stronger than the 19th-century movement of Luddites, who at the threshold of the industrial revolution destroyed textile machines that took their work away from them. These problems, he said, will not be solved by faith in the development of technology and the free market, but by organized, anticipatory actions of states.

Another example of self-fuelling techno-enthusiasm and its negative consequences are social phenomena accompanying the Covid-19 pandemic.

Zybertowicz said: “Some people are convinced that they would not be able to cope with the pandemic without today's digital technology. They praise remote working, education and online shopping that help them get through this crisis more safely, but they fail to see two basic phenomena. One is the fact that the dynamics of the digital revolution and the accompanying increased mobility contributed to the rapid transformation of a regional epidemic into a global pandemic. The second is how much digital information overload combined with extreme messages reinforced by algorithms wind up a spiral of fear, increase susceptibility to conspiracy theories and thus make it difficult to behave rationally in the face of a real threat and fight it.”

In these conditions, techno-enthusiasm transforms into an even more extreme attitude, which the analyst of new technologies Evgeny Morozov calls 'technological solutionism', an assumption that any problem can be solved with the help of appropriately developed technological tools.

Zybertowicz continued that this is a very dangerous attitude that ignores the complexity of the modern world and the very nature of digital technologies. He said: “For example, techno-enthusiasts do not understand that every digital technology should be considered a dual-use technology that can also be used against its user or society."

As an example he pointed to the universal consent for access to a lot of sensitive data by mobile applications, without reflecting on the fact that they can potentially be used against users. He believes that a single human or country cannot handle the challenges of the digital revolution alone. Cooperation is imperative. All the more dangerous is the ideology of bloated individualism that disrupts society and goes hand in hand with techno-enthusiasm.

He said: “Even when someone formulates realistic solutions that are beneficial to the human community in the field of new technologies, there must still be a group that has an interest in their implementation.”

An example of such reasonable solutions is the laws of robotics formulated by the American lawyer specializing in technological problems, Frank Pasquale. According to this theory, robots should support, not displace human work, the use of digital bots pretending to be people should be prohibited and that they should identify themselves as machines in contact with the client.

Describing himself as a techno-realist, Zybertowicz said: “Unlike techno-sceptics who want to fight technology, I believe that we must intelligently prevent the negative effects of the uncontrolled development of technology.”