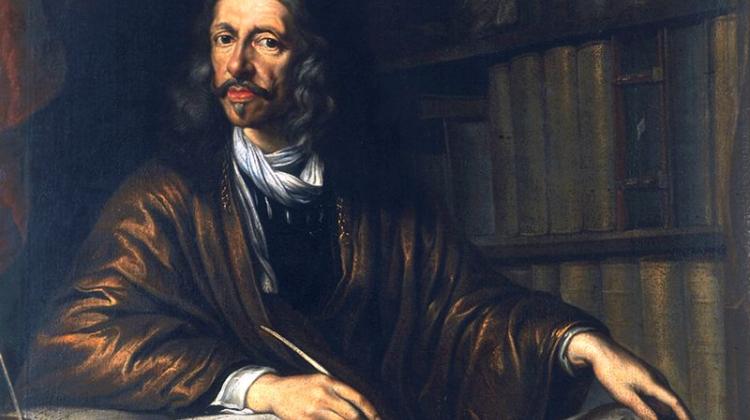 Five works by the astronomer Johannes Hevelius have been inscribed on the Polish National UNESCO's Memory of the World Register.

Included are unique copies of Selenographia and Machina Coelestis, containing the author's dedications and engravings coloured by the astronomer himself.

Director of the Gdansk Library of the Polish Academy of Sciences, Dr. Anna Walczak, said: “For us, the custodians of these works, the inscription of the works by Johannes Hevelius on the Polish National UNESCO's Memory of the World Register is the reason for great joy and pride.

“Our dream is that the collection is inscribed on the international UNESCO's Memory of the World Register, which is undoubtedly deserves.”

The library is the only institution in the world that has a complete set of the astronomer's print works in its collection.

The collection consists of 19 of his works works published in Gdańsk between 1674 and 1690, and numerous pamphlets containing sky observation reports.

Heveilus initially published maps of the Moon. He also studied the movement of planets and considered the nature of comets. His work containing a catalogue of stars and an atlas of constellations was published posthumously.

The crowning jewel complementing the Hevelian collection is a 1677 oil painting by Daniel Schultz. This is a portrait of the astronomer in his own library while writing research results.

The entire collection of Hevelius’s works can be seen on the Pomeranian Digital Library platform.

Born on January 28, 1611 in Gdańsk, Hevelius came from a family of brewing merchants. In his youth he studied law, mathematics, astronomy and drawing at universities in the Netherlands, England and France. After returning to Gdańsk in 1634, for many years he conducted intense astronomical observations, using many unique instruments he had built. In 1664, he became a fellow of the Royal Society of London for Improving Natural Knowledge.

The scholar created over 20 great works and an atlas of 54 constellations, 12 of which were described for the first time. It is also the creator of the prototype pendulum clock and periscope. In addition to scientific activity, he was also a brewer.

Hevelius' second wife Elisabeth Koopmann, accompanied him in his scientific activity. This daughter of a rich Dutch merchant living in Gdańsk received a solid education, had command of several languages and extensive scientific interests.

She conducted observations and astronomical research together with her husband. She edited Prodromus astronomiae - a catalogue of nearly two thousand stars and their positions. After Hevelius’s death on his 76th birthday in 1687, she finished the work, introducing numerous corrections, and published it in print.

The ceremonial presentation of the certificate will take place this week at the Belweder Palace in Warsaw.