‘Tree expert’ investigates whether trees can help save the environment 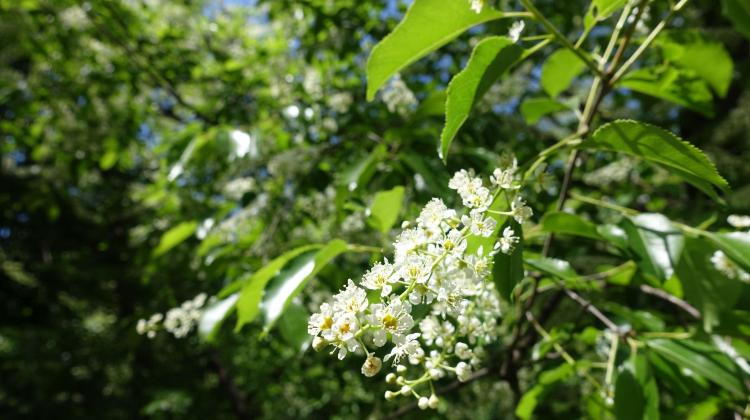 Although the spread of invasive species harms biodiversity, all methods of combatting it will also damage the environment in one way or another.

How to best tackle it is the subject of new research entitled 'The effect of invasive tree species on ecosystem services: plant biodiversity, coal and nitrogen circulation and climate regulation’.

Project leader Dr. Marcin K. Dyderski from the Institute of Dendrology of the Polish Academy of Sciences spoke to PAP about how and at what cost trees can help:

MD: It's hard to say because trees are not equal. Their environmental impact varies as well. For example, an oak has dense wood and accumulates more carbon than a poplar. There are species of trees that can dry the soil heavily or shadow the forest floor, preventing the development of other plants, and thus disrupt the local ecosystem. That's why you do not just say: let's plant a million trees. You need to know what trees to plant and where. I would say that it is rather the soil that can save the climate, because it is a more permanent carbon storage. The tree also absorbs carbon, but in the process of decomposition of its tissues, some of this carbon goes to the atmosphere, and some to the soil. A tree that grows quickly and dies quickly, does not affect the climate as positively as a tree that grows slowly.

PAP: Carbon accumulation is one of the most important processes in the age of climate change, but trees also have many other functions.

MD: Of course, trees regulate microclimate. But here the situation is similar: depending on the species of trees, the features of the crown and the leaves, they will affect the access of solar energy to the forest floor. Black cherry, limiting the availability of light at the forest floor, not only reduces the undergrowth biodiversity, but does not allow the native tree species to renew. It also changes the circulation of elements, accelerating the circulation of matter in the ecosystem. The red oak also produces a lot of large surface leaves, strongly shading the forest floor. Its leaves decompose very slowly and prevent germination of native plant seeds. This starts a chain of connections: the lack of undergrowth plants will affect the presence of insects and other animals.

PAP: Speaking of alien and invasive species, how to distinguish them?

MD: Geographically alien species are species that have crossed the biogeographic barrier. In other words, man is responsible for their transfer, because even the changing climate would not allow them to cross this barrier. There are alien species, such as yucca, which will grow well in a pot, but in current conditions will not settle in our climate zone, it will not spread on its own, man must help it. A species that settles and begins to reproduce on its own can become an invasive species. According to the International Union of Nature Conservation definition, an invasive species is an alien species that has settled and has a negative impact on any native species. According to this definition, in principle, all invasive species have a negative impact.

PAP: According to this definition, we are obliged to protect native species?

MD: Not according to this definition, but according to other provisions, for example, the Law on Nature Protection or the Regulation of the European Parliament forbids from introducing invasive species to the environment and trading them without permission.

PAP: Does this mean that invasive species must be combated?

MD: There is no obligation to combat them everywhere, but, for example, in nature reserves and national parks, combating invasive species is one of the planned protective tasks. Attempts are made to combat the Jerusalem artichoke, the European goldenrod, the black cherry or the box elder, but we still have a lot to do in terms of the development of effective methods of their removal, which would be harmless to the environment. Today we have chemical, mechanical methods and grubbing up. Each of these methods negatively affects the environment in some way.

PAP: The very human presence affects the spread of alien species. Even scientists carry part of plants on the soles of their shoes and on their clothes, allowing them to settle in previously unreachable areas.

MD: It is impossible to completely eliminate our negative impact on the environment, but it can be minimized. We already have procedures that require scientists to disinfect and change clothing on boats that take them to naturally valuable areas. We also do that when combating the effects of climate change. We know that the return to gas emissions from pre-industrial times is impossible, but we try to strongly reduce these emissions to do as little harm to the planet and ourselves as possible.

PAP: In grocery stores, there are a lot of vegetables and fruits brought from different parts of the world. Are they also 'alien species'?

MD: Vegetables and fruits are settled or non-settled alien species, but usually not invasive ones. But it also depends on the climate zone. In the Polish climate, mango will not be an invasive species, but it can be one in the tropical zone. We are working on analysing the impact of climate change on changes in the range of invasive trees and shrubs in Poland. This analysis shows that even under the influence of the greatest climatic changes, many invasive species from the tropical zone will still be unable to permanently settle in Poland.

PAP: But this does not mean that bringing seeds of fruits, vegetables and flowers in a suitcase from a long journey is a good idea...

MD: This is illegal. The import of plants and their parts from outside the EU requires permission. This is also because the spread of alien species often begins in areas around communication centres - railway stations, ports and airports. Then they appear in the city and if are not contained in time, they can 'escape' to suburban territories and further, to more natural areas. Another way is the purposeful introduction of alien species, for example in forests. We did that with black cherry and black locust. We can not get rid of them anymore, we can only limit their negative impact.

PAP: Which alien species of trees and shrubs are the most widespread in Poland?

MD: The black cherry and black locust. I am running a project financed by the National Science Centre concerning the impact of these species on the functioning of forest systems, including the circulation of carbon and nitrogen. I want to find out how a specific amount of invasive species will affect the mass of the accumulated carbon and whether it will be advantageous from the point of view of the atmospheric carbon dioxide capture balance. This effect may vary depending on the species and habitats. For example, in South America, invasive shore pine is a very widespread species that binds a lot of carbon in its biomass, because it grows very quickly. On the other hand, it consumes a lot of water and dries adjacent areas. In addition, the tree is filled with a high amount of essential oils and sap, which promotes fires that cause even greater carbon dioxide emissions.

MD: Such attempts are made in some places in the world. I have seen research results that indicate a large potential for the absorption of carbon dioxide by invasive species. But the climate is not only carbon, it's also water. Nothing is free in nature: a fast growing tree carries a photosynthesis process faster and while dong that, it consumes water. This also causes environmental conflicts between people. In Spain, a very popular species is eucalyptus. Its wood can be used after 8-10 years of growth, but it consumes so much water that it ruins the surrounding olive and citrus plantations. In Chile, desperate farmers often intentionally burn the eucalyptus.

PAP: At what stage are we in Poland? Do we fight invasive species, or do we try to work on two fronts and check which of them could help fight the effects of climate change?

MD: In Poland, we mainly fight invasive species, because they negatively affect biodiversity. We have a ban on introducing alien species in forests - we should only plant native species. Some researchers had high hopes for the Douglas fir, but while it does grow quickly, it also needs a lot of water. Species distribution models that we have prepared for this species indicate that in a changing climate, among the 12 analysed tree species, the Douglas fir will be the most threatened and will lose its climate optimum in the majority of its current range in Europe. (PAP)