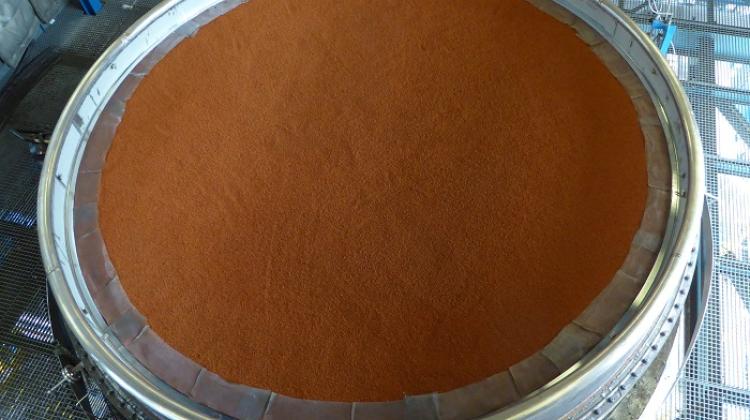 Scientists have developed a technology to reduce harmful nitrous oxide from industrial installations by 90 percent.

After carbon dioxide and methane, nitrous oxide (N2O) is the third most important greenhouse gas that contributes to increasing the average temperature of the Earth's surface. This gas also destroys the ozone layer in the stratosphere.

The results of research recently published in Nature show that the concentration of nitrous oxide has increased by 20 percent compared to pre-industrial levels.

Although its emissions have accelerated in recent decades as a result of various types of human activity, the main reason for this increase is agriculture, which in 2007-2016 accounted for almost 70 percent of total emissions. Scientists expect further increases in nitrous oxide emissions in the coming decades as a result of growing demand for food, feed, fibre and energy, and an increase in sources from waste generation and industrial processes.

In response, the Łukasiewicz Research Network - New Chemical Syntheses Institute in Puławy (formerly the Fertilizers Research Institute) has been manufacturing catalysts for the decomposition of the gas in chemical industry plants with nitric acid installations that manufacture mineral fertilizers, as well as other technologies, in which the catalytic oxidation of ammonia is carried out.

Dr. Marcin Wilk, head of the Department of Nitric Acid Technology said: “Thanks to the high-temperature catalyst, we reduce the nitrous oxide generated during the production of nitric acid into simple components, nitrogen and oxygen. Oxygen is used in the production process, nitrogen is emitted to the atmosphere. Nitrous oxide itself does not pass to the rest of the nitric acid installation, it is destroyed at the source. If it had not been decomposed, it would have been emitted into the atmosphere with other exhaust gases.”

The catalyst is placed directly under the platinum-rhodium catalytic mesh and works at a temperature of 750-940 degrees C. At this temperature, the decomposition takes place in a fairly short time, 0,1 seconds.

The technology was first used in 2008. To date, it has been implemented in 31 reactors, including virtually all installations of Grupa Azoty in Poland and similar installations in Bulgaria, Croatia, Chile and Mexico. It has also been used in France, Colombia and Czechia, but some of these installations have already been closed.

Researchers are continuing to work on new versions of the catalyst so that it can be used in any type of nitric acid plant, and to ensure a higher degree of nitrous oxide decomposition. Will said: “Customers now require a reduction of emissions by at least 90 percent. This is related to the cost of greenhouse gas emission allowances. The plants that do not reduce emissions must buy such allowances. Reduction translates into financial profit.”

He added that nitrous oxide emission from the nitric acid production plants accounts for 0.2 percent of global emissions which allows for a significant reduction of N2O emissions from industry. In agriculture, which is responsible for the highest emissions of this gas, other technologies must be used, mainly the sparse use of nitrogen fertilizers or simply reduced breeding.

The Łukasiewicz Research Network, the third largest research organization in Europe, offers Polish entrepreneurs innovative solutions and constitutes a bridge between science and business. By combining the scientific and research potential of 32 institutes in 12 cities in Poland, the entrepreneur receives a comprehensive research and development offer including the proposal of scientific research and the entire technological chain.

The network offers businesses a unique system of 'throwing challenges', thanks to which 4,500 scientists accept a business challenge and, in no more than 15 working days, propose to develop an effective implementation solution. The entrepreneur may contact the network via the form on THIS website and in more than 50 locations: the Łukasiewicz Institutes and their branches located all over Poland.