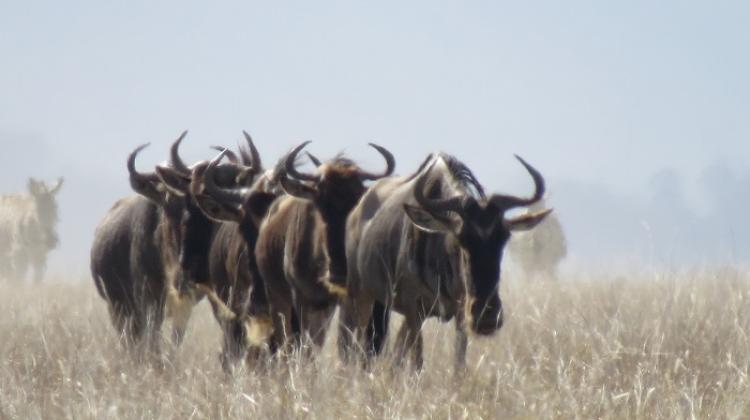 Migrating animals know no borders, but on the routes of their journeys they often face various obstacles: roads, railway lines, pipelines, channels and powerful fences. Researchers are working on a global ungulate migration map to protect migration routes and associated populations on the scale of entire countries and continents.

The first Global Atlas of Ungulate Migration will be created by an international team of scientists and ecologists. The consortium cooperates with the Convention on the Conservation of Migratory Species of Wild Animals (CMS). The initiative has been presented in the latest issue of Science.

Professor Rafał Kowalczyk from the Mammal Research Institute PAS in Białowieża said: “The idea is to create a network of scientists from various continents, who study mammals and their migrations; collect this data in one database, and then use a uniform methodology to create maps of these migrations. Data on these animals have been collected for a long time."

The detailed maps of the seasonal movements of herds worldwide will help governments, indigenous people and local communities, planners, and wildlife managers to identify current and future threats to migrations. They will also allow to maintain and protect them in the face of the growing impact of human activity on the environment and wild nature.

Lead author of the publication which appeared in Science, Dr. Matthew Kauffman a wildlife biologist with the US Geological Survey said: “A global migration atlas is urgently needed because there has never been a worldwide inventory of these phenomenal seasonal movements.

“As landscapes become more difficult to traverse, the maps can help conservationists pinpoint threats, identify stakeholders, and work together to find solutions.”

Every year, migratory populations of ungulates traverse vast areas of the planet to find food, escape harsh conditions, and breed. Migrations are as diverse as the species themselves. Many animals migrate, including Mongolian gazelles and saiga in Asia, wildebeest in the Serengeti, guanacos in South America, Arctic caribou, and wild reindeer, mule deer and elk in North America, red deer and European bison in Europe 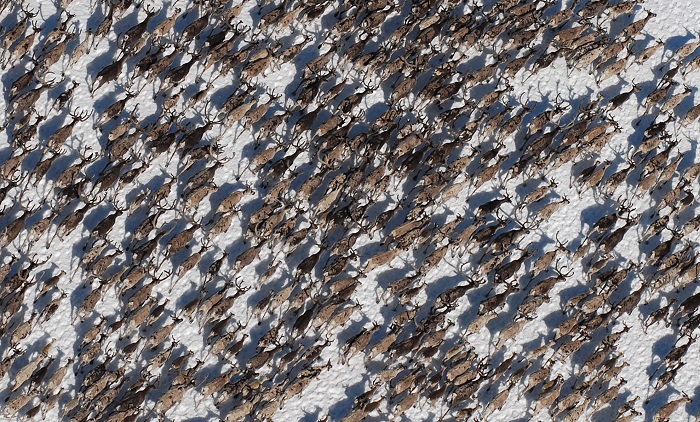 Professor Kowalczyk said: “Migration is a complex process, globally diversified in terms of duration, numbers of animals or the distance they travel. In the north of Europe, in Scandinavia, Migration distance of ungulates (reindeer and elk) reaches several dozen kilometres.

“In Africa or North America, herds migrate over distances of hundreds of kilometres. Sometimes the journey migration remain unchanged, sometimes they are scattered and change in response to climatic conditions, e.g. a thick snow cover. Migrations can take several months. Sometimes animals are forced to change their routes or extend them to go around the obstacles on their route. This affects the entire populations; sometimes they become less numerous or even threatened.”

He added that ungulates also migrate in Poland, although not over long distances. European bison migrate over distances of a few, a dozen or so kilometres, in herds of several dozen animals. This happens in the Białowieża and Knyszyn Forest and in Bieszczady, where in winter they descend to the valleys from higher areas. Elks migrate alone or in small groups. Their migrations are very diverse and depend on many factors. Knowledge about them comes from research projects conducted in Polesie and in the Biebrza Valley. Tracking animal journey trails is possible; their routes are known thanks to the satellite telemetry developed for about 20 years with the use of GPS transmitters.

Writing in Science, the scientists say that migrating ungulates are an important part of natural ecosystems and provide a food base for predatory mammals around the world. Migration is also beneficial on a local and regional scale, bearing importance for hunting and tourism. It is also part of the culture and traditions of many communities.

Unfortunately, many ungulate migrations decline rapidly due to human interference like roads, fences, and the development of of infrastructure and industrial activity. For example, the migrations of Mongolian gazelles, where animals roam over hundreds of kilometres, are heavily constrained by border fences and new railroads. Over the last few decades, researchers in Kajiado County (Kenya) have witnessed the declining migrations of wildebeest, zebra, and Thompson’s gazelle due to unplanned construction of roads, fences, and other infrastructure. In some cases, migrations have ceased before they have been documented, highlighting the magnitude of the migration corridor conservation challenges.

Under the CMS Central Asian Mammals Initiative (CAMI), guidelines have been developed to remove barriers to migration along the Trans-Mongolian Railway or make existing infrastructure more wildlife-friendly for species such as the onager, Mongolian gazelle, and goitered gazelle. The researchers say the new atlas will help decision-makers plan and implement additional infrastructure projects to mitigate or eliminate the barrier effects.

Migratory animals depend on a variety of environments to find food, reproduce and rest. Restricting their movement threatens the survival of entire populations. Climate change is also important as it affects the distribution and availability of water, snow, ice and green areas (on which seasonal migrations depend), making it difficult to synchronize migration in time and space. The Global Atlas of Ungulate Migration will help policymakers identify the areas along the migration routes that need to be protected as a priority in order to secure the various benefits they bring to mankind.

Tracking the actual migration routes of animal herds (on a smaller scale) already translates into the implementation of conservation measures: the expansion of protected areas, the construction of road passages for animals or initiatives to protect developed areas. However, economic development and emerging barriers increasingly affect the areas of animal migration. Scientists and environmentalists involved in this initiative expect that detailed global maps of animal migration will initiate further conservation efforts to secure migration of wild animals.

To coordinate these efforts, an international team of researchers has partnered with the UN CMS Secretariat to create the Global Initiative on Ungulate Migration (GIUM). In turn, the Convention on the Conservation of Migratory Species of Wild Animals (CMS) provides a global platform for the conservation and sustainable use of migratory animals and their habitats. This convention brings together countries and experts to meet the protection needs of terrestrial, marine and bird migratory species and their habitats around the world.

The few available migration maps collected so far indicate that protected areas are far too small and scattered to protect long-distance migrations across large areas. These maps also show how numerous the landowners and communities are that manage the developed areas where animals roam. For example, the cultural traditions and identities of Canada's Inuit and Tlicho are deeply rooted in caribou migrations. Maps that show migrations and human relationships and livelihoods data for the same areas help in their sustainable protection.

The launch of GIUM coincided with growing international pressure to protect biodiversity. The new UN Global Biodiversity Strategy for the post-2020 period is expected this year. The parties to the CMS Convention stress the importance of ecological connectivity, including animal migration, as a key priority of the new strategy.

Professor Kowalczyk said: “Animal migration routes are often well known locally. But there was no global initiative that would allow to map all species or populations of migratory mammals.”

He added that such knowledge can be used by decision-makers, planners and area managers to secure the migrations themselves and avoid creating new barriers, better plan road and rail infrastructure or other types of investments. It is also possible to use compromise solutions, for example passages over roads, which will enable the migrations to continue.

He continued: “All efforts are important to ensure that barriers to animal migration do not form. This must be taken into account in planning at the local, national and international level. Animals know no borders, as evidenced by massive migrations in Africa, where there are also problems related to the existence of numerous barriers. Some migrations have already ceased there.”

The telemetry studies of European bison and other animals conducted in Poland have provided the basis for planning ecological corridors throughout the country (especially in Podlasie). They have been included in provincial spatial development plans.