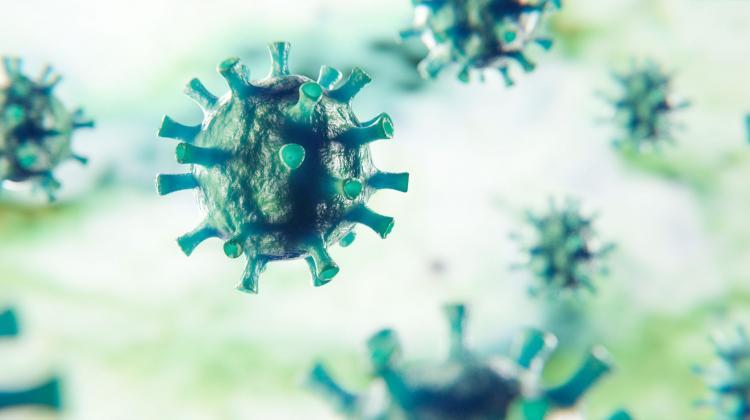 Scientists have developed a quick way to assess the risk of SARS-CoV-2 virus transmission through sewage water.

Following the outbreak of the COVID-19 pandemic, a team of scientists, including experts in water quality, epidemiology, remote sensing and modelling led by Dr. Jamie Shutler of the University of Exeter, they found that the discharge of sewage into rivers can lead to spreading the coronavirus not only among humans, but also other mammals, e.g. cetaceans.

As part of the project, scientists from the Łukasiewicz Research Network - Institute of Microelectronics and Photonics, together with their colleagues from the University of Exeter, the University of Glasgow and the University of Agriculture in Krakow designed a free calculator (https://github.com/JamieLab/CoV2-wastewater) that helps to estimate the risk of transmission of infection after a sewage spill into water.

It is now hoped that water companies and NGOs will use the tool to provide practical advice to the public on how to prevent coronavirus infection. This may be of particular importance in parts of the world with a high proportion of temporary settlements, such as refugee camps or densely populated regions with high infection rates.

The scientists also argue that sanitary authorities should take the possibility of virus transmission through water seriously because it may be one of the reasons for the difficulties in controlling the epidemic. The example of New York is symptomatic, where the source of nearly half of last spring's infections could not be identified despite strict quarantine and contact tracing. The possibility of coronavirus transmission through plumbing risers, for example, has been completely ignored.

Previous studies indicate that viral pathogens such as SARS-CoV-2 can be found in wastewater at concentrations corresponding to the rates of infection in the population. The relationship between temperature and coronavirus survival rate has also been documented: the coronavirus lives longer in low temperatures. The data allowed researchers to calculate the expected value of virus concentration in waters after a sewage discharge and correlate it with the number of infected people in a given area. Information on the environment, population infection rate and water consumption was used to calculate the potential viral strength in the event of a waste water discharge.

The model designed by the scientists accurately reproduces the historical results of measurements of virus concentration at the wastewater treatment plant in New Haven (USA) in spring 2020. Scientists have confirmed that most viruses (approx. 90 percent) precipitate in the rainwater reservoirs of treatment plants and that a combination of low temperature and low rainfall increases the virus transmission risk through the water.

The research also shows how poor wastewater management and wastewater discharge into rivers can lead to spreading the virus not only among humans but also to other animals such as cetaceans.

Cetaceans and humans have an almost identical structure of the ACE2 protein, to which the SARS-CoV-2 virus S protein binds. This makes these marine mammals potentially vulnerable to infection. The most migrating species of cetaceans travels along the west coast of North America and after a few months it reaches the feeding grounds in the Chukchi Sea. The animals return to the Mexican coast on the same route for the winter. Their annual route is 16,000 km long, the longest known for mammals.

In addition, cetaceans are not only eager to travel, but also often forage in estuaries where millions of people live. An example is the estuary of the St. Lawrence River, inhabited by about 100 million people in the USA and Canada; its cool waters are conducive to the long survival of the virus. Whales' lifestyle is therefore a threat to themselves and other aquatic and semiaquatic animals. Failure to control wastewater and check for virus transmission puts these mammals in real danger.

Dr. Łukasz Migdał from the University of Agriculture in Krakow said: “We should also mention the animals inhabiting the areas around water bodies, which also have an almost identical sequence of the ACE2 protein. We are talking not only about organisms inhabiting tropical zones, but also cold ones, such as reindeer. Hence the need to pay a lot of attention to wastewater monitoring.”

The research was carried out by an international consortium as part of the European research project AQUASENSE financed by the Horizon 2020 programme and was published in the journal ACS Environmental Science and Technology - Water. (PAP)