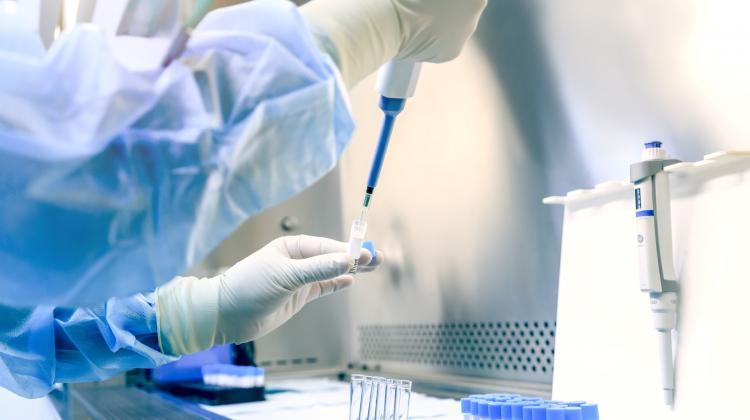 Scientists have found that empathy is not only a human trait but one that animals have too.

According to research from the Nencki Institute in Warsaw, empathy in animals evolved to help them read the emotions of other animals to distinguish between different types of dangerous situations.

This, in turn, increases their chances of survival.

Professor Ewelina Knapska, head of Emotions Neurobiology Lab at the Nencki Institute of Experimental Biology in Warsaw said: “Definition of empathy understood as the ability to read emotions, was proposed by a Dutch researcher Frans de Waal. Such behaviours include very primal, primitive responses to the emotions of others. We can observe them even in fish.”

The study published in Current Biology found that the dominant view of the animals’ responses being automatic one consisting of imitation - for example, if one animal freezes so does the other - was limited.

Kacper Kontrakiewicz, a PhD student at the Nencki Institute’s Emotions Neurobiology Lab said: “Meanwhile, our latest research shows that this is more complicated. Animals categorize the information they receive and adjust their behaviour depending on the situation. Completely automatic imitation would not be beneficial for them.”

During an experiment in to the phenomena known as 'emotional infection’,  researchers observed the behaviour of rats in two similar situations. In the first scenario, a pair of were placed in a cage and could observe each other; one subject is called an observer and the other a demonstrator. The latter was given a threatening stimulus, a small electric shock. According to the experts, it does not cause pain, but may scare an animal. In this situation, the demonstrator stopped moving, pretended that it was not there, that it was dead. The observer rat that saw this event behaved similarly and also stopped moving.

In the second scenario, the demonstrator rat was in a cage alone and was stimulated with electricity. Then it was moved to another cage with the second animal. It behaved normally, but then the observer rat was more excited, carefully inspected the surroundings, stood on its hind legs and looked around.

Professor Knapska said: “In the first case, we registered the observer's defensive reaction, which in nature would be a response to a predator attack. In the second case, we witnessed the search for the source of danger, a behaviour adequate to the situation.”

During the experiments, the scientists registered ultrasounds made by the rats and which are inaudible to humans. Low ultrasound, with a frequency of about 20 kHz, are typical alarm screams, long, very repeatable. They appear when animals are very stressed. The second type of ultrasound is higher, it oscillates around 50 kHz. These vocalizations are much more diverse, more complex, shorter, they often appear in situations that are pleasant for animals, for example when they see each other after a long separation.

Kondrakiewicz said: “In the close threat model, we had +20s+, while in the distant threat model, when the observer did not see stimulation with electrical pulses, we unexpectedly observed +50s+. Perhaps the rats were trying to calmed down this way.”

It is thought that the vocalizations are likely to help the victim to unload stress and that, like in people, the tension quickly drops when we can complain to someone or someone strokes our hand. Knapska said: “Other tests we do show that the more rats touch, the faster they release stress.”

The researchers found that depending on the threat - close, when the observer sees that something is happening to the demonstrator, or distant, when it gets a ‘report' - two different types of cells are activated in the rat's amygdala. The amygdala is an evolutionarily very old structure of the brain, responsible for the basic reactions to a threat.

Professor Knapska said: “The same structures activate in humans. In a human, we can not obtain such detailed imaging as in a rat. And in this rodent it is possible and we show that there are specific areas in the brain for these two types of emotional infection.”

This, he added, is the same as empathy which evolved from less developed animals to enable effective communicate and thus avoid potential threats. Rats can categorize information, because from their point of view it is important whether they should immediately run away, or can continue looking for food, while remaining vigilant for nearby a predators.

Knapska said: “Human experience shows that empathy is useful in life. In the past, there was evolutionary pressure that caused the development and spread of the ability to read emotions.”

Individuals that had a better ability to read others had a greater chance of survival and breeding. Today, empathy is also a key factor helping in everyday life. Many therapies of social interaction disorders consist in teaching soft skills, understanding the point of view and the situation of others. (PAP)