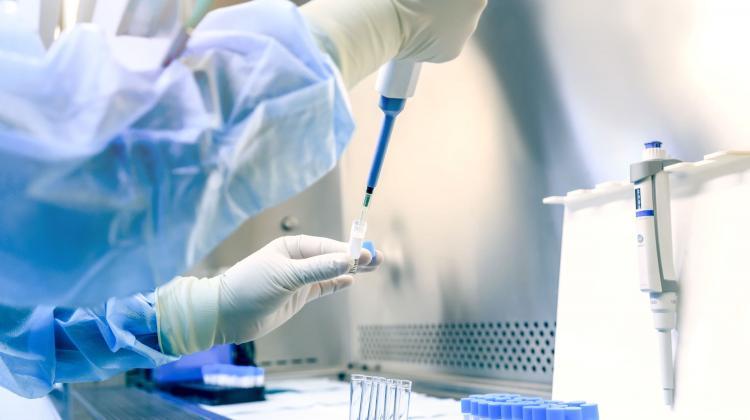 A new subtype of lymphoma (a cancer that develops from lymphocytes) which makes it possible to effectively select life-saving therapy for patients has been discovered by scientists in Warsaw.

Dr. Beata Grygalewicz, Head of the Independent Laboratory of Cytogenetics at the Maria Sklodowska-Curie National Research Institute of Oncology in Warsaw, said: “There are many chromosome irregularities in haematological tumours, such as translocation, i.e. exchanges of fragments between chromosomes, deletions, or specific loss of chromosome fragments, monosomies, which are associated with the loss of whole chromosomes, or trisomies associated with the presence of additional copies. Detection of these changes often confirms a specific type of leukaemia or lymphoma.”

She added that the detection of cytogenic changes characteristic of a given tumour is a hint for a doctor, often crucial when choosing a therapy.

She said: “A classic example of the use of cytogenic tests in the selection of therapy is the detection of translocation t(9;22) in patients with chronic myeloid leukaemia. In this case, patients are treated with tyrosine kinase inhibitors, which in the vast majority of patients leads to the disappearance of disease symptoms, and some patients are even completely cured.”

She added: “One of the most aggressive types of lymphoma is Burkitt lymphoma. This is a rare tumour, there are approximately 100 cases per year in Poland. The characteristic feature of this tumour is its rapid growth, the tumour's mass doubles within about 26 hours.”

Importantly, despite high aggressiveness, this cancer is sensitive to intensive immunochemotherapy treatment. The use of a suitable treatment protocol leads to complete curing of about 90 percent patients.

According to the geneticist there is a small group of patients with the symptoms of Burkitt lymphoma, in whom cell with an appearance corresponding to this lymphoma can be seen under a microscope, but those cells do not exhibit translocation t(8;14) and thus the activation of the MYC gene.

Grygalewicz said: “We discovered in our laboratory that in the cells of these patients there is another chromosomal change consisting in the duplication of a fragment of a long arm of chromosome 11 with the simultaneous loss of its end part.

“Such an irregularity - referred to as 11q aberration- does not occur in any other cancer. So it can be said that this is a new genetic marker defining a disease that is very similar to aggressive Burkitt lymphoma, but without the typical translocation t(8;14).”

For now, it is unclear which genetic mechanism leads to the development of this lymphoma. There are suspicions that it might be associated with disorders in gene dosage from the multiplication and loss region at chromosome 11.

Grygalewicz continued: “Importantly, it turns out that lymphomas with 11q aberration respond equally well to the therapy used in Burkitt lymphoma lymph and recovery in this group of patients is comparably high. Therefore, the detection of this chromosome change increases the chance to completely cure patients with aggressive lymphoma.”

Her team's discovery has now been reflected in the latest WHO classification of lymphoid tumours, because next to the classic Burkitt lymphoma, a new disease entity called 'Burkitt-like Lymphoma with 11q aberration' has been introduced.

She said: “The basis for distinguishing this unit were publications, of which we are authors and co-authors. Thanks to its introduction, doctors around the world can identify this new lymphoma and thus more effectively treat patients.”

Publications constituting the basis for the separation of a new subtype of lymphoma in the last WHO classification appeared in journals including Medical Oncology, Blood, Tumor Biology. Further Dr. Grygalewicz's team's papers on this topic were published in the American Journal of Clinical Pathology, Modern Pathology and Cancer Genetics.

Dr. Grygalewicz said: “We are still working on the 11q aberration. We now plan to descend a little deeper in our genetic search and study the 11q aberration lymphoma mutation profile using next generation sequencing. We want to compare it with the profile of typical Burkitt lymphomas. Perhaps we will solve the puzzle why these two diseases are different at the genetic level but have similar clinical presentation.”