Life
This text can be copied
Beata Kołodziej 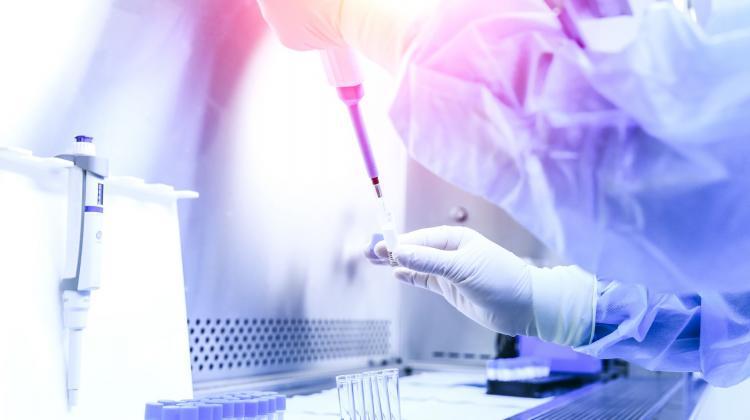 Polish and Chilean scientists have teamed up to study the mechanism that prevents cell damage in extremely low temperatures and in drought conditions.

Lichens occurring in the polar regions, including the lichen Umbilicaria antarctica, slow down their metabolism significantly, but can resume life processes when environmental conditions change.

"This mechanism is of great interest to us and not fully explained. We study it because if we could stop human metabolism even for a moment, we could not only stop the ageing process, but also prevent many road accident deaths, which are often caused by a traumatic shock,” says Professor Hubert Harańczyk from the Faculty of Physics, Astronomy and Applied Computer Science at the Jagiellonian University.

The scientists from Universidad Catolica de Temuco in Chile and from the Jagiellonian University, who are financed by the Instituto Antartico Chileno as part of a grant headed by biologist Professor Angelica Casanova-Katny, have so far taken part in two expeditions (to the Antarctic and the Atacama Desert) to collect samples of organisms that live in extremely difficult environmental conditions. In laboratories, they are looking for answers to the question of how it is possible that they are resistant to freezing and extreme drying, and can resume life processes under favourable conditions.

The group's work and discoveries were recognized at the International Conference Spinus 2021 organized by the Saint Petersburg State University. It was devoted to magnetic resonance (MRI) applications. Scientists from Japan, Germany, Poland, Russia, the USA and Italy took part in the conference.

Aleksandra Andrzejowska won the main prize for poster presentations during the conference for presenting the research results that were the summary of her BA and MA theses. She was the only awarded MA student.

Andrzejowska studied the lichen Umbilicaria antarctica that occurs in Antarctica and tolerates water shortage and low temperatures very well. It belongs to the so-called lichenised fungi, which means that one organism is composed of two or three species: fungi and heterotropic and photoautotrophic algae or cyanobacteria. Such conglomerates have been coexisting for thousands of years. “This is a very effective survival strategy. About 18% of fungi use it in nature. There are species that form very loose relationships with other organisms and those that live in close symbiosis,” says Professor Harańczyk.

“Umbilicaria antarctica, which I focused on in my master's thesis, comes to life when it is hydrated. It is possible in part due to the dissolution of sugars and alcohols in the thallus of this lichen. These organisms can create water clusters and the bond strength of subsequent water fractions is changes, which is also a defence mechanism against freezing and water loss,” says Andrzejowska.

Scientists have found that Atacama and Antarctic organisms use a similar protection mechanism against adverse conditions, but to a different extent. “As the hydration of these organisms increases, an unknown liquid fraction appears. We are trying to understand what is responsible for its excess increase. It seems that there is an enzymatic reaction in these organisms, in which the enzyme lichenase cuts the polysaccharide present in the thallus into pieces,” says Professor Harańczyk.

The results of the research of Polish and Chilean scientists will soon be published in the scientific journal Extremophiles. (PAP)