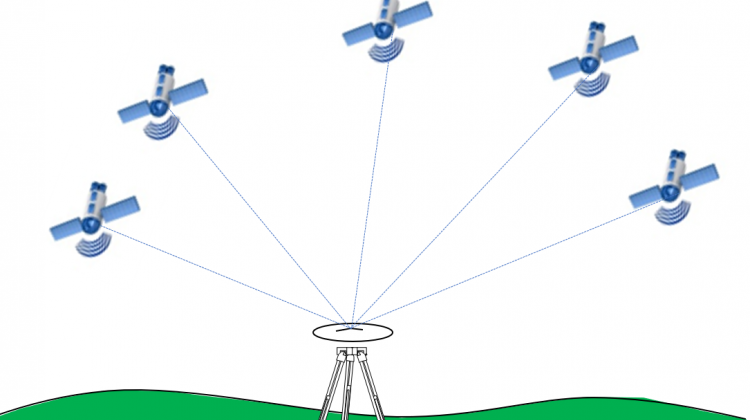 In addition to the popular GPS, other systems like the European Galileo are also used to determine the position. The cooperation of many global navigation systems is the subject of numerous scientific studies. The precision of measurements translates into the correct operation of navigation for vehicles or drones, applications for athletes, smart watches, and the coordination of public transport.

In scientific applications, precise positioning is necessary for the implementation of geodetic reference systems, determining the position of the Earth's centre of mass, studying the deformation of the Earth's crust, tectonic plate movements, tectonic movements within plates, monitoring and forecasting earthquakes and volcanic eruptions, generating timescales and studying the atmosphere.

AREAS WITH NO SATELLITE SIGNAL

Scientists from the Faculty of Civil Engineering and Geodesy of the Military University of Technology see the growing influence of the European Galileo system on the accuracy of positioning methods. PhD student Damian Kiliszek and Dr. Krzysztof Kroszczyński explain that the cooperation of several positioning systems is necessary to increase the possibility of using navigation devices.

The cooperation of multiple systems is important in difficult observation conditions. Such conditions occur, for example, in urban areas, in city centres and in wooded areas, where canyons are formed that signals from only a few satellites can reach.

Positioning methods using Global Navigation Satellite Systems have been developing very intensively for over 10 years. The popular GPS is an American system developed years ago. The second fully operational Russian system GLONASS and the emerging European GALILEO and Chinese BDS are based on the same principle, but their operation is based on different satellites at different altitudes. Both GPS and GLONASS are currently being modernized, and Galileo and BDS are close to achieving full operational capability, increasing the number of available satellites and positioning accuracy.

ERRORS WHEN PASSING THROUGH THE ATMOSPHERE

The satellite signal is affected by various errors, and scientists use various methods to eliminate them. The most common method is differential measurements. These measurements require a network of reference stations with known coordinates. Taking measurements on reference stations allows for the differentiation of observations, which makes it possible to reduce the number of errors. In recent years, another method, called absolute, and abbreviated to PPP (Precise Point Positioning) has become popular. In this method, it is not necessary to establish a connection with any other station, measurements can be made with one receiver.

Each method has its advantages and drawbacks. In the differential method, a highly accurate result is immediately obtained, while in the absolute method it is necessary to wait some time (convergence time) before certain elements correlate properly to establish the exact position. The absolute method, on the other hand, does not require any network connections, including internet connection, and the result is not affected by connection station errors. The PPP method is adequate for measurements that use more than one GNSS system.

EVERY SYSTEM SEPARATELY AND ALL SYSTEMS TOGETHER ARE GLOBAL

Damian Kiliszek and Dr. Kroszczyński said: “If GPS, GLONASS and Galileo are used simultaneously for the calculations, this increases the number of observed satellites, improves geometry and increases the number of available signals. All this translates into greater accuracy of measurements and shortens the positioning convergence time.”

The scientists described the results of their research in the journal Measurement. They show that the development of the Galileo system had a particular impact on the improvement of the obtained results, but the GPS system still had the greatest impact on the accuracy of multi-GNSS positioning. The Galileo system already allows to determine the position anywhere on Earth, the results obtained in 2019 are 50 percent better than those from 2017.

Source article: 'Performance of the precise point positioning method along with the development of GPS, GLONASS and Galileo systems' can be accessed here: https://doi.org/10.1016/j.measurement.2020.108009