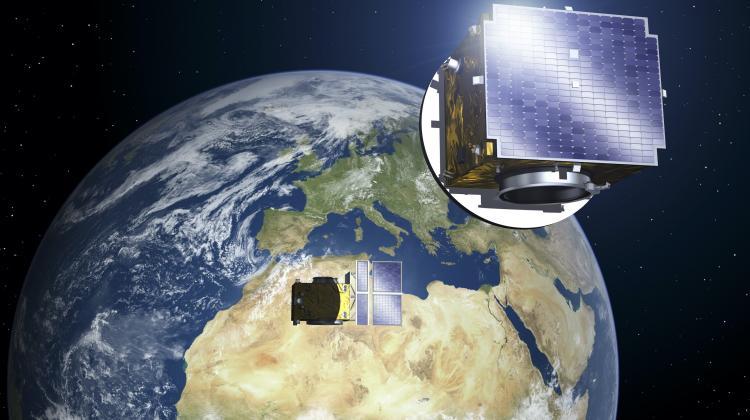 Two important components for the international mission PROBA-3, which will study the corona of the Sun, have been built and tested by Polish engineers from SENER Polska.

PROBA is a European Space Agency (ESA) programme that aims to demonstrate satellite platform and payload technologies in orbit. PROBA-3 consists of two small satellite platforms that will move in orbit in formation, maintaining the precision of each other's positions. They will perform a series of manoeuvres and experimental measurements that will help scientists assess the proper functioning of the new algorithms and control systems required for this and future missions. Additionally, the relative mutual precision and stability of these manoeuvres will be verified.

The two PROBA-3 satellite platforms will be controlled as if they were elements of a common, ultra-stable and rigid structure, forming a large coronagraph with an extremely complex optical system that will be used to study the Sun's corona, an additional scientific objective of the mission. The instrument will be created by precisely positioning two satellites about 150 m apart from each other. One of them (the occulter) will cover the Sun's disk, while the other (the coronagraph) will observe its corona.

SENER Project Manager Marcin Wygachiewicz said: “The outer occulter on one of the satellites will block the light from the sun's disk, while the coronal light will pass around the covering disk and then through the circular slit of the coronagraph on the other satellite. After passing through the complicated optical system in the instrument, an image of the Sun's corona will be created.”

The resulting powerful instrument will be larger than any single device that could be launched into orbit using currently available technology.

The launch of the European Space Agency's mission is scheduled for 2023.