How to survive THREE pandemics: Prof. gives advice on COVID, post-truth and hate 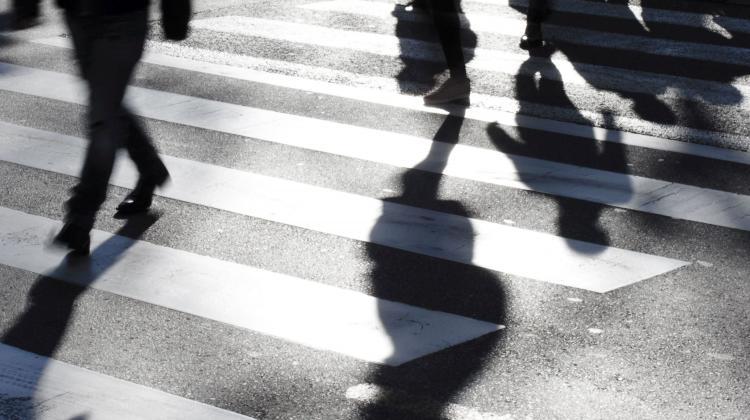 A leading psychiatrist and psychologist says that in addition to surviving the COVID-19 pandemic, we also have to deal with the pandemics of post-truth that attacks our thinking, and hate that destroys our relationships.

In an online lecture entitled ‘How to Survive Pandemics', retired full full professor from the Jagiellonian University, Professor Bogdan de Barbaro, said that all three pandemics “are linked.”

During the lecture for the University of Bialystok, the scholar said that from a psychological perspective, the coronavirus epidemic has several stages that people go through at different paces. The first stage is the stage of chaos: it is accompanied by helplessness, fear and anxiety.

Professor de Barbaro pointed out that at this stage, for example last year, some people did not believe, some mobilized, some denied the problem. The next stage is withdrawal. At this stage some became depressed, while others expressed it through aggression.

The second pandemic said de Barbaro is the post-truth pandemic, where a reassuring lie can be more attractive to many than an uncomfortable truth. According to the lecturer, we do not always choose what is true, but rather what suits our needs better. The lecturer also pointed out that the technological revolution makes sharing false information easy, unpunished and free. In order to protect oneself from post-truth, he said it is essential to check the sources; assume that the world is complicated rather than binary. He urged to find out what was happening in information bubbles other than ours.

The third pandemic mentioned according to de Barbaro is the epidemic of the 'hate virus'. In his opinion, hate is doing well these days. Speaking of what science says about hate, he said the feeling of being in danger triggers the amygdala in the brain. "The audience can act without reflection,” he said. He also talked about what happens when we think about members of dehumanised groups, those who are deprived of their humanity. According to the psychiatrist, parts of the brain responsible for cognition and empathy are not activated then, but there is a sense of disgust. And, in further steps, anger and violent impulses may follow.

The professor said: “The coronavirus intensifies the coupling between hatred and post-truth. (...) It intensifies the relationship of post-truth and hatred. In my opinion, this situation threatens us, it is dangerous, it requires us to be responsible.”

He also formulated three advices for the three 'viruses'.

The first concerns the ability to move from reaction to reflection. The idea is to distance yourself from your emotions such as anger, fear or despair - and reflect on them. “By entering the reflective phase, we give ourselves a chance that the reaction will not destroy us,” he said.

He added that whereas fear helps to be alert to and avoid specific dangers,  anxiety is a state of undefined discomfort, unease. It could even be difficult to determine what its source is. He emphasized that in the case of fear, it is possible to develop a procedure that will protect against danger. He gave an example that if someone is scared of the coronavirus, they put on a mask, covering their mouth and nose. “And if I suffer from anxiety, I will not care about social distance, but, for example, I will behave boldly to contradict this anxiety,” he said.

The second important element in dealing with the three pandemics, he said is a sense of agency. The point - he clarified - is to find, for example, some activity that will give us the feeling that there is more good thanks to us. In his opinion, this approach is needed in order not to give in to helplessness.

The third important issue concerns care for social networks. According to de Barbaro, social networking is also an important predictor of health. He emphasized the importance of taking care of contacts with other people and being among others, having support and giving it to others.