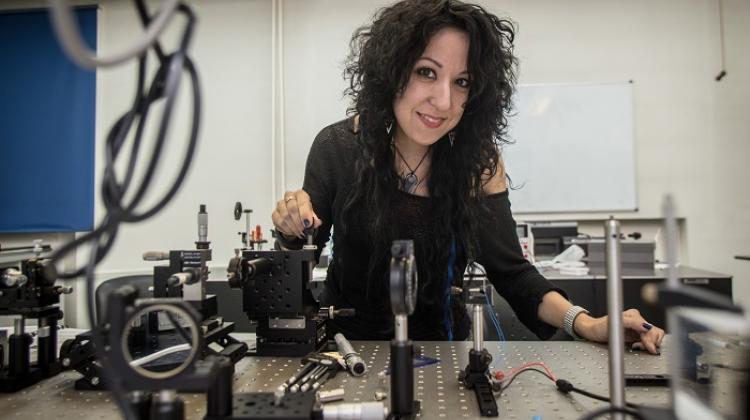 Devices that can control the direction of a laser beam have been constructed by research teams from the Military University of Technology in collaboration with a Spanish materials engineer in Poland.

Dr. Eva Otón and the research teams came up with the modulators by stabilising the structure of the blue phase liquid crystal.

New families of photonic devices are based on self-organizing materials, whose molecules can connect like Lego bricks and form complex functional structures.

Liquid crystals are a good example of self-organizing materials. Their optical properties can be modulated by external stimuli. This makes them excellent candidates for use in photonic devices. Such devices are present in everyday life - from television screens to holograms, phones, computer displays and optical fibres.

In TV screens, when voltage is applied, the liquid crystal particles change their orientation, affecting the polarization state of the light so that the backlight can pass through the entire structure and the screen becomes bright. When the voltage is turned off, the liquid crystal returns to its original configuration and the screen goes dark. This is the basic principle of a single pixel.

Dr. Otón has now developed the knowledge about such materials and their application potential. The researcher received joint funding from the European Commission and the National Science Centre in the "Maria Skłodowska-Curie" POLONEZ Fellowship Programme to carry out her research in a Polish research centre. The chemist and material engineer collaborates in this area with scientists from the Faculty of Chemistry and New Technologies of the Military University of Technology.

FROM SCIENTIFIC CURIOSITY TO APPLICATION

In the project carried out by Dr. Otón and the scientific team of the Department of Physics and Crystal Technology, the stabilization of the structure of the blue phase liquid crystal. Blue phases can arrange themselves into complicated spatial structures resembling cubic crystals.

The researcher emphasizes that this achievement completely exceeded the team's expectations, as the materials were not stable beyond small temperature ranges. The blue phase 'single crystal' produced at the Military University of Technology can be considered a photonic crystal. Such structures have remarkable optical properties. 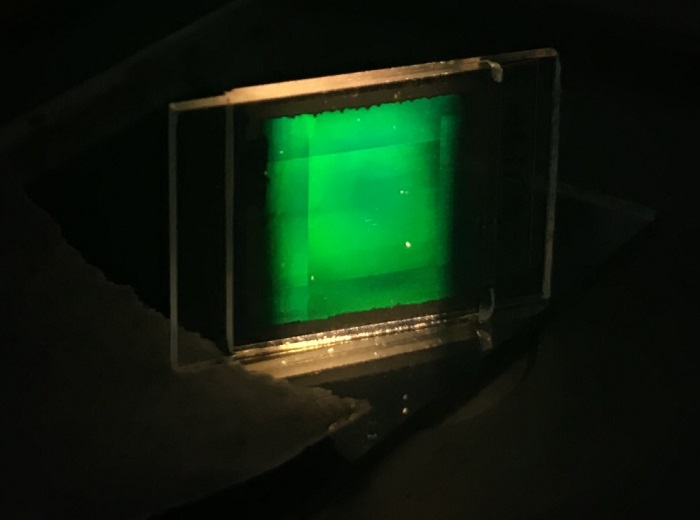 The next stage of the research was the development of photonic devices to control the direction of the laser beam. They are capable of deflecting light beams in one plane. Scientists produced three types of such devices: a diffraction grating, a prism and a diffraction prism.

A diffraction grating with a functional liquid crystal structure can deflect the laser beams at a predetermined angle on demand. The prism makes it possible to generate the angular deflection of the laser beam with a variable angle, but within a limited angular range.

The diffraction prism combines both optical functions. It became possible thanks to the development of an innovative configuration of a multi-layer electrode matrix in a liquid crystal device. The diffraction prism effectively deflects the light beam by a large, predetermined angle, and then precisely adjusts the beam in small angular ranges. The laser beam control makes it possible to use several optical functions in one device.

Dr. Otón said: “The tunability of such devices does not require moving parts, which is a must for applications in aerospace technology. Fixed optical elements have an advantage over mechanical ones, especially during take-off and landing, when huge forces are applied due to significant accelerations.”