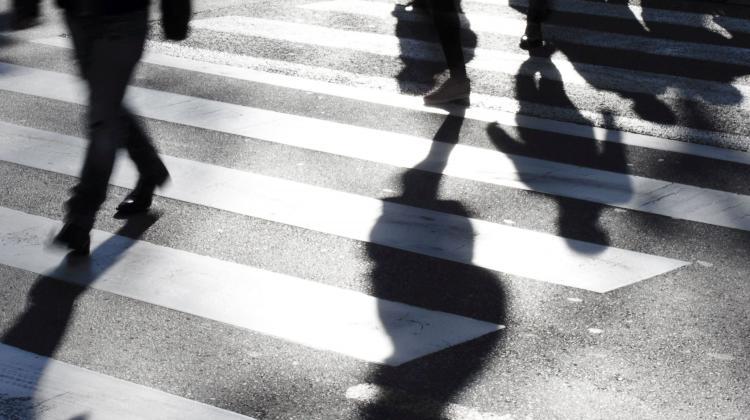 One year after the outbreak of the pandemic, its negative, psychological effects most severely affect young people aged 18-24, according to a report by psychologists from the SWPS University, the Institute of Psychology of the Polish Academy of Sciences and the Indiana University of Pennsylvania.

The report 'The impact of the COVID-19 pandemic on the emotions, behaviours and attitudes of Poles' was prepared based on a survey of 1,098 people aged 18 and over, selected by the random quota method and was carried out in the subsequent months of the pandemic.

According to the experts, Poles' satisfaction with life and their sense of social support and control have decreased, and the level of loneliness has increased. However, young people aged 18-24 are most affected by the negative psychological effects of the pandemic. They declared a lower level of fear of the coronavirus than older respondents, but they experience loneliness and distress, i.e. symptoms of depression and anxiety. “It seems that we have adapted to the pandemic, but we do not always cope with stress in the best way,” say the authors of the study in a press release from SWPS University.

Since the outbreak of the pandemic a year ago, the same participants were interviewed four times, which allowed researchers to determine how the fears related to the pandemic were changing. They generally diminished with time as the respondents got used to COVID-19.

There was also a fear that due to the fight against the coronavirus, there would not be enough money to solve other problems, such as saving the economy, helping the poorest, education (first surveyed in May and June - 59%, and 60% in December). In December, the researchers also checked what percentage of respondents feared the lack of a respirator for their loved ones, should one be needed (54 percent of respondents).

In each of the four phases of the study, women were more concerned with the epidemic than men, and older adults (55+) generally more concerned than younger people.

Dr. Maria Baran, co-author of the report, said: “It is worth noting that the level of fear related to the pandemic has significantly decreased in Poland, while at the end of 2020 the number of cases and deaths caused by COVID-19 continued to increase.”

This may be related to the occurrence of the so-called phase of immunity, getting used to a stressful situation that does not change despite the actions taken. Another reason for this decline in anxiety may be the growing tendency to use denial strategies, i.e. coping with stress by thinking that the danger is overblown, that it is better to live now than have regrets later.

The authors said: “The fact that we were more afraid of the illness of a loved one or the deterioration of the financial situation of a loved one than of such events happening to ourselves could, on the one hand, indicate a high level of care and empathy, and, on the other hand, a phenomenon called unrealistic optimism. It is related to the belief that the threat we are aware of does not apply to us and there is a very small chance that we will be exposed to it while it will affect our neighbours or colleagues. This means that we are convinced that some things are happening +next to us+ and t only affect other, random people.”

The researchers also reviewed the declared extent, to which Poles adhered to the recommendations intended to limit the spread of the virus. The results show that with each passing month, we followed the safety rules less and less.

The authors of the report believe that the decline in the willingness to follow recommendations may be related to pandemic fatigue, low levels of public trust and the increasing popularity of denial strategy.

The picture of the mental state of Poles is not completely pessimistic and uniform. 'Symptoms of depression and anxiety were highest in May, but in December they dropped to their lowest level from April. We also noticed fluctuations in the sense of having social support: in May and June it increased significantly, which meant that although it was generally bad, at least we were there in it together. The increased sense of social support in May and June can be explained by the collective experience of uncertainty and threat, which in turn causes an increased identification with other people in the same difficult situation and leads to supportive and pro-social behaviours. But it should be noted that in December we recorded a statistically significant reduction in the sense of having social support, which was lower than at the beginning and at the halfway point of the epidemic. And, says Dr. Baran, “a decreased sense of social support often leads to a feeling of loneliness or disappointment in relationships.”

Researchers also analysed how we deal with this stressful situation. For the measurement, they used their proprietary Coping Strategy Scale consisting of five subscales: task-oriented, avoidance, emotion-oriented, depression and denial.

An example of a task-oriented subscale is 'I do what I can to protect myself from the coronavirus' (the strategy used by 82% respondents in March and April, 69% in May and June, 66% in December).

Avoidance subscale: attitude example 'I try to do something else to avoid thinking about the pandemic' (72% respondents used it in April, 65% in March, 63% in May and June, 56% in December).

Emotion-oriented subscale: attitude example 'The epidemiological situation makes me uncertain if I can handle it' (between March and December, between 26% and 25% respondents admitted to using this strategy).

Depression subscale: attitude example 'I spend my day sitting in my pyjamas because I don't want feel like getting dressed' (12% respondents in March and April, 15% in May and June, 14% in December).

Denial subscale: attitude example 'I am not following the pandemic recommendations because I would rather live my life now than regret it later' (12% respondents in March, 13% in April, 27% in May, June and December)..

The report shows that over the course of the year, the use of task-oriented and avoidance strategies decreased and the use of depression and denial strategies increased. Its authors believe that it may be related to the initial occurrence of the alarm response to a threat, and then entering the immunity/adaptation phase related to fatigue caused by with a stressful situation, which, despite the passage of time, does not change.

The authors said: “A threat of some kind to all of us is the increase in denial strategy that we saw in December. Denying the existence of an unmanageable threat can lead to poor compliance and thus indirectly to a greater risk of coronavirus infection.”