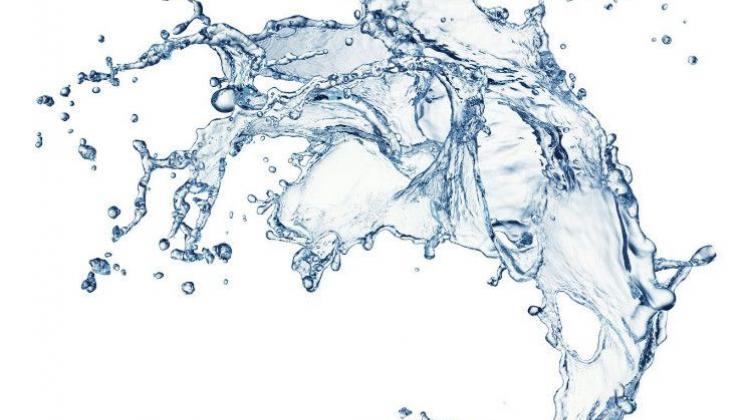 Chemists from the Nicolaus Copernicus University in Toruń are working on membranes that will transport water better and retain salts and impurities. The starting point was the study of a desert beetle that can both collect and repel water. Ultimately, the solution can be used to obtain drinking water.

Technical solutions existing in nature have long inspired engineers. One of the earliest noticed and most often described is the lotus flower, which remains clean despite growing out of the swamp (which is why Egyptians, Hindus and Buddhists have found a place for it in their beliefs).

By studying the lotus under a microscope, scientists found that its self-cleaning ability is due to its surface structure, which is highly hydrophobic, i.e. it keeps water droplets on the surface. Water collects dust particles and rinses them off. This means that the adhesion forces responsible for the accumulation of water on the flower are weak, but at the same time dirt easily sticks to the droplets, resulting in self-cleaning. Imitating the lotus allowed them to create self-cleaning surfaces: plasters, tiles, textiles, paint coatings. Rose petals have a different structure - their surface is hydrophobic, but with high adhesion, which is why a drop of water that falls on a petal sticks and does not fall off (rose petal effect). In turn, a frog that can walk on a ceiling with a rough surface inspired the inventors of envelopes with a self-adhesive strip.

A more complex case of this type is the forewing structure of the Stenocara gracilipes beetle native to the African Namib Desert. It is both hydrophobic and hydrophilic. The tiny bumps on the beetle's wing covers collect microscopic droplets, while the moisture-repelling areas below act like channels through which the water enters the mouthparts. Thanks to this, beetles can survive in such a difficult environment as the Namib Desert, one of the hottest and driest places in the world. They can trap moisture from wind-blown droplets of fog.

Dr. Joanna Kujawa, a professor at the Faculty of Chemistry of the  Nicolaus Copernicus University said: “I watched a video of the beetle standing on its legs in the morning when there is dew and catching water from it. Because the rest of the wing cover surface is covered with wax, the water runs off and the beetle is able to drink it and survive in such harsh conditions.”

Scientists began to wonder how to transfer this solution from nature to the laboratory, because a similar phenomenon is used in membrane distillation.

Professor Wojciech Kujawski from the Faculty of Chemistry of the Nicolaus Copernicus University said: “There, enzymes are applied by absorption, i.e. surface adhesion, not chemical bonds. If it is physical absorption, desorption can easily occur because there are weak forces at work.”

The idea was to strengthen the membranes, which become more durable thanks to chemical bonds. It turned out to be a good idea to use chitosan available in large quantities. Chitin, which can be easily converted into chitosan, occurs naturally in shrimp shells. There are literal heaps of shrimp shells that are treated as waste. The scientists found that it is possible not only to copy the structure of the beetle's forewings, but to also use the chitosan in accordance with the zero waste philosophy. Consequently, the water will run off even more easily, so chitosan it will have the same function as the beetle's wax.

Dr. Kujawa said: “It is a requirement of membrane distillation that the membrane surface must be porous and hydrophobic. You can find many examples of the use of chitosan in membranes, but no one has chemically attached it before. If we attach chitosan chemically, it will stay in place.”

Dr. Kujawa said: “There are no similar projects in the literature, so it is difficult to compare our results to others. Where chitosan was physically applied to a modified membrane, an improvement was also observed, but not as much as in our solution. This allows us to adapt the material to the process, in which we want to use it."

The scientists also tested the resistance of membranes to fouling. They conducted research on fruit juices. Due to the interaction of the fruit pulp with the membrane, fruit remnants remained on its surface, clogged the pores and the membrane could no longer be used. But on the surface containing chitosan with additional bactericidal properties there are completely different interactions, the fruit pulp does not stick, and if it does, it can be easily washed off with a stream of water, without the addition of chemicals.

Ultimately, the scientists want to create membranes that will transport water better and at the same time retain salts and other impurities.

Professor Kujawski said: “Of course, all this is related to the shortage of drinking water on Earth. In Poland, we will also have to face this problem much faster than the worst pessimists think. A few years ago I was at a seminar in Jordan, where I heard that the problem of water shortage should not be viewed from the perspective of the entire country, but a very small administrative unit.

“If you start to divide the country into smaller and smaller squares, then suddenly it turns out that the percentage of the population with limited access to water is growing rapidly. In Poland, we have access to water along rivers, but when I was in Zakopane 20 years ago, I heard people say +Save water, because our streams are drying up+.

“There, the wells become polluted, there are no fresh water sources, so the problem of drying up and groundwater level lowering is definitely progressing.”

The research was carried out in cooperation with Professor Samer Al-Gharabli from the Faculty of Pharmaceutical-Chemical Engineering of the German Jordanian University in Amman (Jordan).