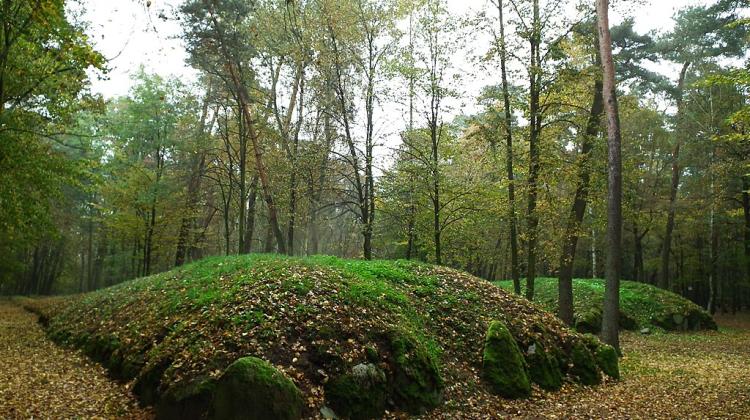 Settlements belonging to the builders of 5,500-year-old Kujawy tombs, sometimes referred to as the ‘Polish Pyramids’ have been found by archeologists using drones.

The Kuyavian megalithic tombs are considered to be among of the largest sepulchral structures erected in prehistory in Poland.

Built in the 4th millennium BC. They were shaped like an elongated triangle and surrounded with large stone blocks. Their base was 6 to 15 meters wide and up to 150 meters long. The structures were up to 3 meters high and as a rule, single elite burials were found under the embankments.

But although the tombs have been studied since the second half of the 19th century, the location of the builders’ settlements remained a mystery.

To solve it, archeologists launched a large-scale research project 10 years ago and have now released their findings.

Carrying out classic surface surveys, as well as geophysical and geochemical surveys and aerial photos taken with a drone, they were able to find not only individual houses, but also larger settlement networks.

Project leader Dr. Piotr Papiernik from the Archaeological and Ethnographic Museum in Łódź said: “It was a planned search operation in Kujawy, in the vicinity of megalithic tombs. We surveyed a total of 160 square kilometres area around the tombs. We discovered over 150 settlements from the period when these monumental structures were built.

“All this allowed us to accurately identify the places where people lived at the time when the megalithic tombs were erected. The settlements were small - up to 10 families lived in each of them, they covered an area of 1-1.5 hectares.”

He added that the buildings had an average area of 25-35 square meters and one family lived in each of them and that there were several settlements in the vicinity of one grouping of Kujawy tombs.

He said: “This means that these tombs were the focal point of the settlement microregion. It is understandable considering that the construction of such a tomb was a considerable effort,” which be concluded indicates that the inhabitants of several settlements were building one large tomb.

The discovery of an abundance of animal bones belonging to cows, pigs, sheep and goats suggested that this Wass the inhabitants’ primary source of food.

The experts also examined plant pollen growing in the vicinity of the ancient villages and collected multi-meter cores from old lakes which led them to believe that the degree of deforestation around the settlements was not as high as assumed. This indicates that the expansion to the natural environment was not that extensive and perhaps the main focus was on livestock rather than agriculture.

Although the discovery of the builders’ settlements solve one mystery, however, it is still not known where ordinary people were buried in the area at the time.

Papiernik said: “The elites were buried in monumental tombs, but we do not know any mass cemeteries in this area. And those tens of thousands of people, many generations of them, had to be buried somewhere. Our next goal is to locate them.”

The research conducted so far has been financed from various sources, mainly from the Ministry of Culture, National Heritage and Sport programme operated by the National Heritage Institute, from the museum's own funds, and the support of the Professor Konrad Jażdżewski Foundation for Archaeological Research.