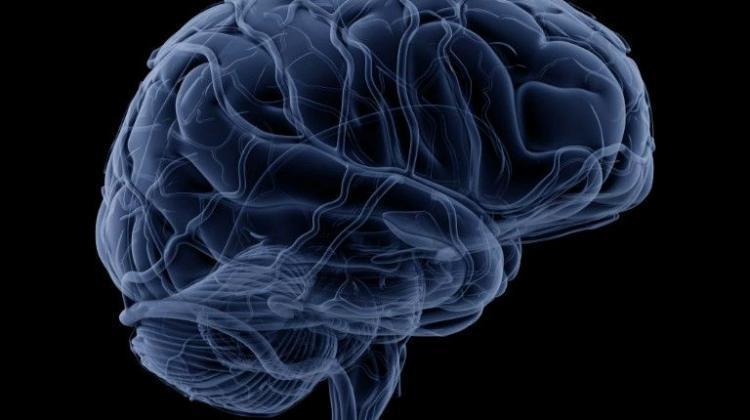 Pioneering research by scientists from the Nencki Institute has identified various types of macrophages accumulating in malignant brain tumours.

Macrophages are immune cells that, instead of fighting cancer, actively support its development.

Understanding the functions of various macrophages gives hope for the development of therapies focused on 'switching off' the most aggressive cells, researchers explain in a press release on the Nencki Institute website.

Glioblastoma multiforme is one of the most malignant cancers. Professor Bożena Kamińska from the Laboratory of Molecular Neurobiology at the Nencki Institute of Experimental Biology in Warsaw said: “This disease is practically incurable. Beau, the eldest son of the President of the United States Joe Biden, was among the victims of this brain tumour. The median survival of patients is 14 months.”

The treatment of glioblastoma consists of removing the tumour, radiotherapy and administering a chemotherapeutic agent, but even this therapy prolongs survival by an average of 3 to 6 months.

Professor Kamińska's team has been researching for years how gliomas develop and looking for effective anti-cancer therapies. The researchers have published a paper in Nature Communications explaining how individual cells of the immune system accumulate in a tumour and how their function changes under the influence of cancer.

Understanding these processes gives hope for the development of an effective targeted therapy that will 'reprogram' these cells to help fight cancer instead of harming.

During the first-of-its-kind research in Poland, the researchers used a technology enabling the study of the transcriptome of single cells. In simple terms, the transcriptome is the information about proteins that are to be produced in a specific cell. The transcriptome may change depending on factors like environmental conditions. It allows the body to adjust physiological responses to the environment.

Studying single cell transcriptomes allows researchers to precisely divide them into subgroups and assign specialized functions. Until now, this has not been possible for the cells of the immune system that accumulate in glioblastoma.

Glioblastoma is caused by the accumulation of mutations in brain cells that lose their normal function. Researchers from the Nencki Institute were able to determine that two types of immune cells 'reprogrammed' by the tumour contributed to the growth of glioblastoma in mice. One of them is the microglia found in the brain from early development, functioning as a 'cleaner' and 'supervisor'. Microglia removes damaged neurons and monitors the environment in search of potential threats from pathogenic bacteria or viruses.

Professor Kamińska said: “One of the tasks of the altered microglia in glioblastoma is the secretion of enzymes that cut the extracellular matrix, facilitating the migration of cancer cells. Hence, the tumour continues to spread and becomes difficult to remove surgically.”

The second type of immune system cell that accumulates in the tumour is peripheral blood monocyte.

Co-author of the report, Natalia Ochocka, said: “We believe that both the glioblastoma cells and the active microglia in the tumour secrete substances that attract peripheral monocytes. They migrate to the tissue and transform into macrophages that block the immune response.”

As a result, T cells cannot enter the brain and actively fight the tumour.

Kamińska added: “In brain tumours, we find mainly two types of immune system cells, which, despite having different origins and functions, transform into cells that support tumour growth.”

Ochocka continued: “We have shown in this study that macrophages formed from monocytes are located in the centre of the tumour. Microglia dominates at the periphery. It is a kind of specialization which shows that, since they are located in different places, they can have a different impact on the development of the tumour.”

The researchers believe the discovery could be the starting point for the development of new treatments for glioblastoma. By selectively targeting different macrophage populations, it will be possible to inhibit tumour growth or mobilize the patient's immune system to fight the tumour on its own.

The paper in Nature Communications also indicates that microglia cells in male mice are much more responsive to the presence of a tumour, supporting its development. We find similar gender-related differences in gene expression in humans.

And it is not a question of sex hormones, as is the case with many hormone-dependent cancers (e.g. breast cancer), because malignant glioma most often develops in the elderly, i.e. in postmenopausal women. In men, this type of cancer is twice as common.

In the case of men, immunotherapy, which consists in stimulating the patient's body to fight on its own, gives much better results. These differences could also be due to the different microglia response in the tumour.