Young men, the lonely and unemployed are more susceptible to boredom 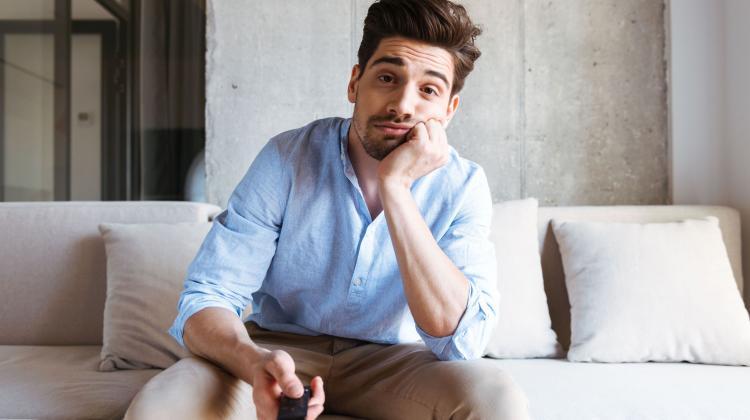 Low-income, young, unemployed single males who use social media and don’t have children are more susceptible to boredom, according to new research.

In his book Nuda. Ujęcie psychologiczne i humanistyczne (Boredom. Psychological and humanistic approach), Dr. Michał Chruszewski from the University of Warsaw investigated what factors can lead to some people being more prone to boredom than others.

He said: “We are most bored when we are young, at the stage of high school and college. This may be due to identity issues, not yet developed ability to manage free time, lower self-control, but also the still maturing prefrontal cortex in the brain.

“Elderly people are the least bored of all age groups despite the fact that their lives may not seem as rich in experiences as those of young people.

Another factor is being unemployed or on a low income. Dr. Chruszewski said: “In this case, it is not only a lack of activity and apathy, but also a feeling of ineffectiveness that may come from the fact that these people are facing a 'locked door' when it comes to getting a job.

“In Poland, the net income of PLN 2,000 per person is the limit below which we are statistically bored more.”

Although place of residence is of little importance (inhabitants of large cities are slightly less bored than those in towns and villages), education also plays it part with only a higher master's degree correlating with less boredom.

Chruszewski said: “Most studies - but not mine - also show that men are more bored than women. And young men are the most bored.

According to the researcher, boredom began to be more common in people's lives from the time of the industrial revolution. Since then, manual work has gradually ceased to be so hard that people have to use the remainder of their day to passively rest after it. So, on a mass scale, people began to notice the need to find purpose in spending their free time. Over time, Saturdays off were added and the number of working hours decreased. At the same time, tremendous advances in hygiene and medicine extended life. The progress in industry and the development of advertising aroused needs and aspirations that people had not had before.

Chruszczewski said: “Another factor was secularisation, a declining percentage of believers and a growing feeling that a person is free and responsible for their mistakes. Many people were not able to bear freedom associated with responsibility.”

He added that, paradoxically, the civilization of entertainment can be conducive to boredom. He said: “If you use social media too long and too intensively, you will be more susceptible to boredom. Not only the lack of stimuli, but also their excess makes us bored more quickly. In addition, due to social media, people began to fall into various traps, live according to recipes written by the fashion or film industry. If these recipes start to form our identity axis and compensate for various shortcomings in life, this prompts us to adopt a passive attitude in life. And then it is easier to get bored. The cure against boredom is the sense of agency in your own life.”

To compensate for less social media, Chruszczewski said its best to get a partner and preferably have a child.

He said: “If you do not want to be bored, try to have a child. A child will make you less bored. In addition, single people are bored more than people who are divorced or separated.”