Concerns that mRNA in vaccines will modify our genome unfounded, says leading biologist 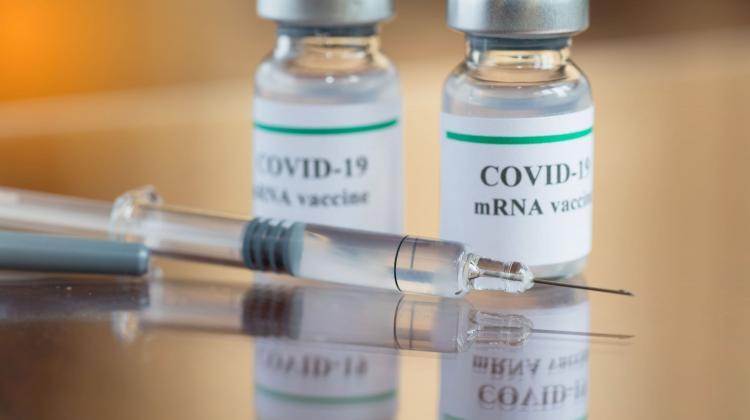 He added that SARS-CoV-2 coronavirus does not use the reverse transcription process to replicate itself in our cells either.

Dr. Rzymski said: “Our cells are constantly producing RNA that performs various functions. And if any RNA could be transcribed into DNA that would be built into our genome, it would be a completely unstable creation. It is even hard to imagine the consequences. The cell would be in total chaos.

Currently there are two vaccines against the SARS-CoV-2 virus that use mRNA, which contains the recipe for the S protein of the virus, commonly known as the spike protein.

The mRNA molecules carry information (hence the name messenger RNA - mRNA) required for the synthesis of proteins that have important roles in cells.

The recipe for proteins is stored in genes, that is, in DNA. However, for proteins to be synthesised, it is first necessary to transcribe DNA into mRNA in a process called transcription. It takes place in the cell nucleus. The mRNA molecules, which are the matrix for the synthesis of a specific protein, are then transported outside the cell nucleus, to the place in the cytoplasm where the ribosomes are located. These are complexes of proteins with RNA, which, based on the recipe contained in mRNA, add new amino acids to the resulting protein chain, in accordance with the rules of the genetic code.

Dr. Rzymski said: “In the vaccine, the ready-made mRNA is injected, on the basis of which the entire SARS-CoV-2 spike protein is produced. It is then processed inside the cell, displayed on its surface and recognized by cells of the immune system. This initiates the immune response formation processes, both cellular and related to the production of antibodies.”

He added: “It should be noted that mRNA found in the cytoplasm has no possibility of penetrating the nuclear envelope barrier into the cell nucleus, where the chromosomes are located. But even if we assumed that the mRNA would somehow reach the nucleus, it could not be built into the genome, because it would first have to be transcribed into DNA in the process of reverse transcription."

Reverse transcription is the process, in which RNA is transcribed into DNA. Some viruses use this mechanism, including retroviruses such as HIV. The SARS-CoV-2 coronavirus does not use the reverse transcription process to replicate itself in our cells.

There are various factors in human cells that use the process of reverse transcription, namely the enzyme telomerase and retrotransposons.

Dr Rzymski said: “Telomerase is a very important enzyme whose function is to rebuild telomeres, the protective caps at the ends of chromosomes. Telomeres are made of repetitive DNA sequences and they shorten as the cells divide. The telomere regeneration process, which involves telomerase, is therefore very much needed.

“To make it possible, the TERT subunit of telomerase transcribes RNA into DNA. But it uses a very specific RNA molecule with a repeating base sequence that we know. This sequence is 3'-CAAUCCCAAUC-5', where C is cytosine, A - adenosine, U - uracil. Telomerase cannot transcribe another RNA.”

But this is just one of the conditions that must be met for the TERT subunit of telomerase to be able to transcribe RNA into DNA.

Rzymski continued: “If telomerase could transcribe any RNA in a cell into DNA, it would never fulfil its important function of rebuilding telomeres. We would have complete chaos in the cell, telomeres would not be rebuilt, it is even difficult to predict the exact consequences.”

Similar restrictions apply to retrotransposons, which “are natural moving parts in our genome. They have the ability to move from place to place within the genome by means of transcription and then reverse transcription,” Rzymski said.

Like telomerase, retrotransposons (such as LINE1) only use the reverse transcription process when a given RNA molecule has a specific base sequence. Then this section of RNA is transcribed into DNA and reintegrated into the genome.

Dr. Rzymski said: “For these reasons, neither retrotransposons nor telomerase are able to transcribe the RNA molecule that is supplied externally in the vaccine into DNA. The claim that any RNA in a cell can be transcribed into DNA is incorrect. If it were true, our genome would be completely unstable, and it would be subject to serious changes every often.”

SARS-CoV-2 belongs to the viruses whose genetic material is in the form of RNA. However, it does not contain a recipe for reverse transcriptase. The duplication of its genetic material is made possible by an enzyme called RNA-dependent RNA polymerase.

He said: “In times of the pandemic, these servers are used to rapidly exchange scientific information on COVID-19 that is often vital. They also are followed by the media. And this is a problem, because some preprints are immature or careless studies, they never appear in specialist journals later, and can cause media confusion.”