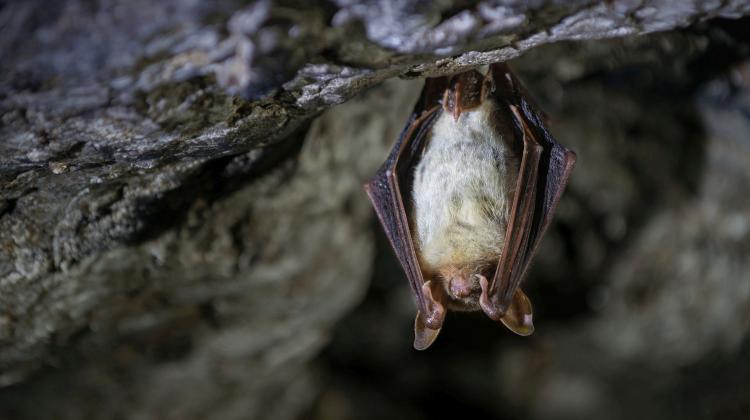 A record number of hibernating bats have been counted this winter in the Romincka Forest Landscape Park (Warmian-Masurian Voivodeship).

According to the inventory carried out by the employees of the Landscape Park, a total of 708 bats were found, the most common being western barbastelles and northern bats. There were also brown long-eared bats, Daubenton's bats, Natterer's bats as well as a small number of Brandt's bats.

The number of bats wintering in the area has been growing systematically for years. In 2005, only 45 bats were inventoried, three years later there were 132, and in 2020, 633 bats were already wintering.

The Landscape Park has been actively protecting these mammals for almost 20 years. During this time, almost 40 cellars and shelters in the former headquarters of the Luftwaffe commander Hermann Goering in the Kumiecie forest were renovated and adapted to the needs of wintering bats.

In Warmia and Masuria, large bat wintering sites are also located in one of the underground storm sewers in Olsztyn, in the Wolf's Lair bunker complex from World War II - Adolf Hitler's former headquarters near Gierłoż, and in the Wehrmacht Headquarters in Mamerki on the Masurian Canal.

Bats in Poland are under strict protection with laws making it illegal to scare them away, keep or kill them and to destroy their habitats and hiding places.