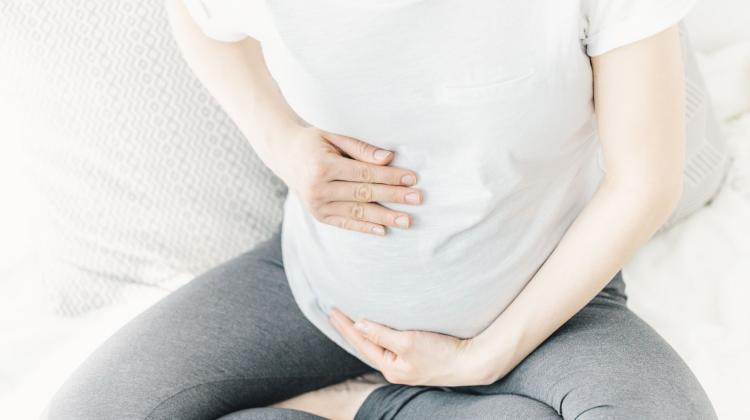 Health specialist have slammed an eating disorder ‘celebrity cult’ where women starve themselves and do excessive exercise during pregnancy to achieve a perfect body shape shortly after birth.

Dubbed pregorexia and attributed to celebrity culture, specialists say the dangerous trend is a form of anorexia.

Dr. Mateusz Grajek from the Bytom Faculty of Health Sciences, Medical University of Silesia in Katowice said: “The cult of the perfect body achieved almost without sacrifice after pregnancy was imposed by celebrities and social media figures.

“They often share photos of their bodies, boasting about how they are unaltered by pregnancy right after giving birth. Of course, during pregnancy some women do eat healthy, exercise and it is easier for them to return to their previous body weight.

“But, for various reasons including the difficult course of pregnancy, for some it is difficult.”

According to Grajek, the term 'pregorexia' was first used in the United States in The Early Show on Fox News. It has been defined as 'an eating disorder in pregnant women, manifested by deliberate restriction of energy supply and increased physical activity to control pregnancy weight gain'.

The first cases of pregorexia were recorded in the US and the UK.

Grajek said that many women pressure themselves to meet the modern canon of beauty, according to which everyone should be slim, fashionable and beautiful. This affects the emergence of mental disorders, which include anorexia, bulimia and compulsive overeating.

He said: “Gestational anorexia is more often diagnosed in women who previously had this type of disorder. Research shows that in most cases, these women react negatively to the information about pregnancy.”

Pregorexia can cause serious health consequences not only for the mother, but also for the unborn child. In extreme cases, it can lead to death. The experience of doctors shows that women suffering from pregorexia use diuretics and laxatives to avoid gaining weight.

Dr. Grajek said: “Complications during pregnancy among women with eating disorders include miscarriage, depression, including postpartum depression, and poor attachment to the infant. Women who suffer from eating disorders while pregnant expose their unborn baby to serious health complications such how higher incidence of particular diseases, pre-eclampsia and lower birth weight.”

Head of Gynaecology and Obstetrics at the Medical University of Silesia, Professor Krzysztof Nowosielski, who often talks to pregnant patients about weight during pregnancy, said: “The matter requires education and appropriate knowledge. In general, a pregnant woman should not gain more than 12-16 kilograms.

“Weight gain in the first 16 weeks of pregnancy should not exceed 2 kg, and then in each subsequent week until delivery, it should be no more than 0.5 kg', explains the gynaecologist.

He added that expectant mothers should use available applications that 'watch' weight gain during pregnancy, and, if they have an eating disorder or need expert advice, to see a dietician.

He said: “During pregnancy, we eat not for two, but as two. Less meals, and more often. There are cases that the mother does not gain weight during pregnancy, and the foetus still develops perfectly. But the lack of weight gain during pregnancy must always be consulted with a gynaecologist.”