Plants and bacteria can remove petroleum pollution from soil 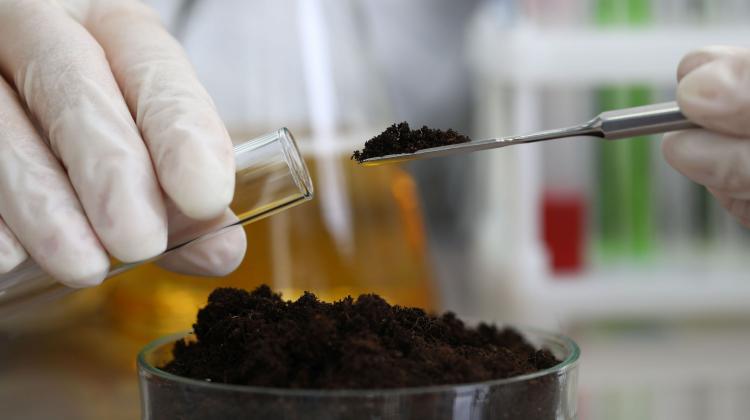 Microbiologists from the University of Silesia in Katowice have found that specific bacteria can help plants clean soil contaminated with oil derivatives.

As part of project financed by the National Science Centre, Dr. Magdalena Pacwa-Płociniczak and Dr. Tomasz Płociniczak looked at endophytic bacteria that inhabit the interior of the plant. After testing 30 strains they selected one strain Enterobacter ludwigii ZCR5 for pot testing. Molecular analyses determining the mechanisms that occur after the introduction of these bacteria into the soil turned out to be crucial in their research.

Pacwa-Płociniczak said: “We confirmed the high activity of the mechanisms promoting plant growth and hydrocarbon degradation in laboratory conditions. During the pot experiments, we obtained information that the bacteria that we introduced into the soil had the ability to enter plant tissues, both the roots and the aboveground parts. But, unfortunately, in the case of the ZCR5 strain the bacterial mechanisms we studied were not active in the soil or in the plant. We will continue to work on it.”

She added: “Thanks to our research, we learn which interactions between bacteria and plants are the most important for the effectiveness of bacterial-assisted phytoremediation. We can later use this knowledge, for example, to produce highly effective bio-vaccines.”

According to the researchers, compared to physicochemical methods or the removal of contaminated soil and its replacement with uncontaminated soil, currently used for soil remediation, phytoremediation is a cheaper process, and it has the aesthetic value of planted plants.

Tomasz Płociniczak said: “The advantage of phytoremediation is that it least disrupts the biological balance of the treated environment, it even increases the microbiological biodiversity of a given area. But it is a long-term method, the effect should be expected after years rather than months.”

In Poland, phytoremediation, i.e. sowing or planting in contaminated soils, is used on a small scale. The problem is low spending on pro-ecological activities and the lack of legal regulations that would require remediation of polluted areas.

Płociniczak said: “We believe in this method, but we also realize that it is not the best option everywhere. Sometimes, perhaps, it would be better to use biostimulation, that is, supporting those microorganisms that occur at the site of contamination, but are not active for some reason. Then you can add nutrients, air, missing minerals to the soil or modify selected parameters, for example soil pH."

He continued: “Environmental pollution with petroleum hydrocarbons is one of the most serious threats to the proper functioning of both soil and water ecosystems. They can be found, for example, in places of former industrial plants, petrol stations or along leaky pipelines. The most dangerous of them, polycyclic aromatic hydrocarbons, also come from the combustion of fossil fuels. And the effects of these compounds, which are carcinogenic or mutagenic, on humans and other organisms is very important.”