Goggles to protect against blinding laser 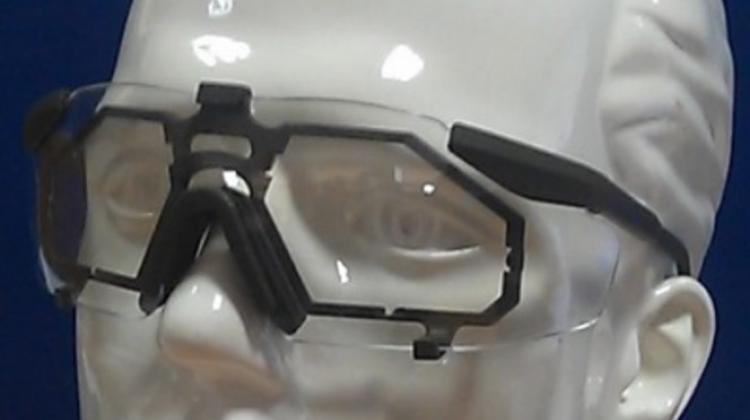 Scientists from the Military University of Technology have developed goggles and glasses that protect the eyes against blinding by lasers. Prepared for soldiers, they can also be useful for pilots and train drivers. Scientists have also created viewfinders and periscopes to protect optoelectronic equipment from light damage.

Intense radiation often exceeds the level safe for human eyesight. In civilian conditions, radiation from rangefinders, pointers and illuminators is dangerous for airplane pilots and train drivers. Their eyes are also threatened by pulsed light sources, such as electric bursts and arcs, or discharges. Such intense light can also damage sensors, detectors, cameras and night vision devices.

Soldiers in combat operations can be blinded by lasers measuring distance or pointing to targets, explosion flares, as well as specially designed laser blinding devices and blinding grenades. Not only soldiers' eyes are exposed to damage, optoelectronic equipment can be damaged as well.

As a solution to many of these problems, scientists propose eye and equipment protection system that they have developed. In addition to protective glasses and goggles, as part of research and development, they also created diopters and other automatic devices equipped with light detectors and liquid crystal light valves.

The glasses, goggles and other elements of the systems do not limit the quality of battlefield observation or the equipment operation. Laboratory tests have confirmed that the devices protect the soldiers' eyesight and equipment from being incapacitated or damaged. They are even a barrier to the infrared and ultraviolet from a nuclear explosion.

It takes about 150 milliseconds to close the eyelids in a natural reaction to excessive lighting. Covering your face with your hands takes at least 500 ms. During this time, so much energy reaches the eyes that it causes 'blinding'. This eliminates the soldier from the battlefield, and deprives the pilot or driver of the ability to control the machine. Electro-optical devices are also 'blinded', although the weapons themselves, the vehicle or the shelter do not lose their combat capability.

Researchers from the Faculty of New Technologies and Chemistry and the Institute of Optoelectronics in a consortium with MASKPOL SA worked on the means of direct eye and devices protection. The research was financed by the National Centre for Research and Development. The demonstrators are based on Polish technologies. Mainly domestic materials as well as technologies and liquid crystal structures developed at the Military University of Technology were used.