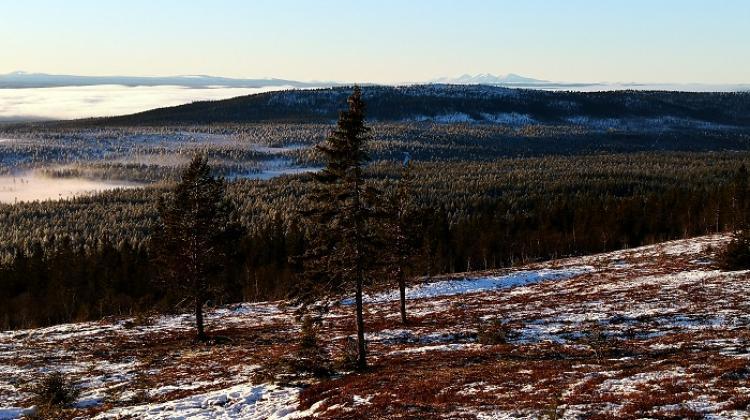 Sweden is one of the most forested countries in Europe. But it was only recently that vast stretches of forest untouched by a saw or an axe for decades were confirmed.

Professor Grzegorz Mikusiński was one to define the boundaries of this priceless natural area.

The Scandinavian Mountains Green Belt consists of perfectly preserved forests on the eastern slopes of the Swedish part of the Scandinavian Mountains. For European conditions, they are vast: they stretch over 800 km and cover an area of over 2 million hectares! (over 20,000 km2). It is one of the few forest areas in the European Union that have been preserved in a practically natural state.

To discover the scale and natural richness that relatively little had been known about, scientists used satellite images and images obtained by remote sensing.

Analyses of the boreal part of Sweden (from the northern part of the Värmland province to the areas much further north) were carried out by the state-owned mapping company METRIA. These data were needed to develop standard maps and plans for the use of natural resources. The comparison of satellite and aerial images resulted in an invaluable database that could be compared to evaluate the changes taking place on the ground. Scientists also used the data.

Their analyses covered the last 60-70 years and boreal forests, which cover roughly two-thirds of Sweden's territory. Scientists assessed the condition of these forests: they could determine where forests had been felled for almost 70 years and where they had remained virtually intact, retaining enormous natural value as a whole. They determined the exact locations of these forest clusters, their size and connectivity in space. 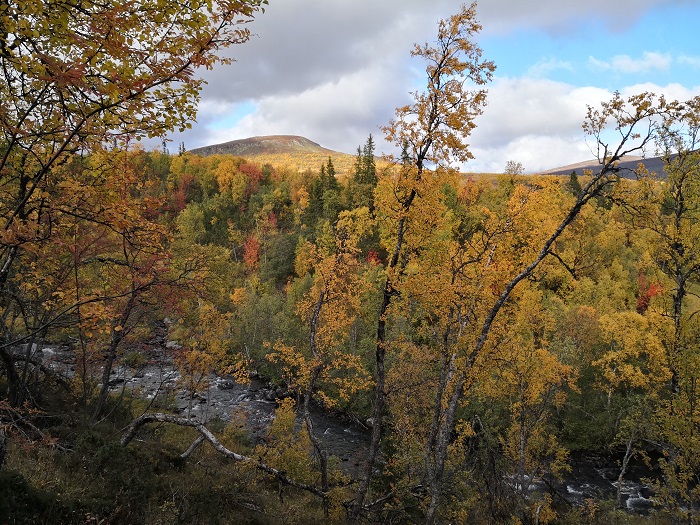 Professor Grzegorz Mikusiński from the Department of Ecology of the Swedish University of Agricultural Sciences (SLU) in Uppsala said: “It turned out that the vast area of forests east of the Scandinavian Mountains, at least 800 km long, is an area of high natural value. It is a phenomenon on a European scale!

“We will not find another similarly large area of natural forest in the European Union. There are more than 100,000 hectare patches of forest, which are interconnected in space.”

Until recently, the Swedes did not fully realize the natural uniqueness of their country. And it is quite lucky that the Scandinavian Mountains Green Belt survived at all.

Professor Mikusiński said: “Sweden is often perceived as a nature-friendly country. Yet natural resources, including wood, are very intensively exploited there.

“The timber industry is an important sector of the country's economy.”

In Conservation Biology, scientists say that from the beginning of the 1960s, Sweden introduced (almost without limitations) a new system of forest use: total clearance. Areas formerly used as such in Poland or Germany were quickly transformed into an industrial landscape, where hundreds of hectares of forest were cleared at once. Timber was used and a new forest was planted, with only a limited use of natural regeneration.

“The policy of systematic logging was certainly important for the Swedish economy, but it threatened thousands of forest species,” said Mikusiński who specializes in forest biodiversity and landscape protection, and has been conducting research in Sweden for 30 years. In view of the enormous scale of logging and planting, the change of the law, which required leaving some old trees and dead wood, did not help much.

The survival of the Scandinavian Mountains Green Belt is not certain. Scientists suggested that the future of this forest could follow two scenarios resulting from different forest management methods. The first one means the continuation of intensive forest management and obtaining the related economic benefits. In practice, it would mean intensive logging and planting.

The second scenario assumes increasing the protection of the 'green belt' of mountain forests, which will help to preserve forest refuges, protect biodiversity, promote reindeer breeding and increase the public utility of these forests. This approach will also allow enable the use of forests as a tool for long-term carbon sequestration (binding carbon from the atmosphere).

The chances for the latter scenario to materialize have increased significantly. The findings of scientists have recently been included in a new official report of the Swedish government. Professor Mikusiński said that the purpose of this extensive report is to analyse Sweden's forest policy that concerns more than half of the country's area and one of its most important assets. The issue of mountain forests, and thus also the Scandinavian Mountains Green Belt, is extensively discussed in a separate chapter (XVI, pages 857-1002), which contains promises of its comprehensive protection (protecting additional over 5 million hectares of forest is proposed, and the planned cost of this operation is 14.4 billion crowns, corresponding to over 14 billion euros).

Some Swedes perceive the protection of their forests not only as an option, but a necessity, in view of the implementation of the UN Strategic Plan for Biodiversity and the Aichi Biodiversity Targets.

This convention envisages the introduction of numerous solutions and mechanisms to protect biodiversity on a global scale. Means to this end include achieving sustainable production and consumption, stopping loss of natural habitats, reducing pollution and preventing species invasions. One of the Aichi Targets requires the signatory countries to protect at least 17 percent land areas 'of particular importance for biodiversity and ecosystem services'. The recent European Green Deal and the EU's Biodiversity Strategy for 2030 assume an even higher, 30% protection of terrestrial environments.

Some Swedish scientists propose that this protection should include the extremely valuable natural Scandinavian Mountains Green Belt. 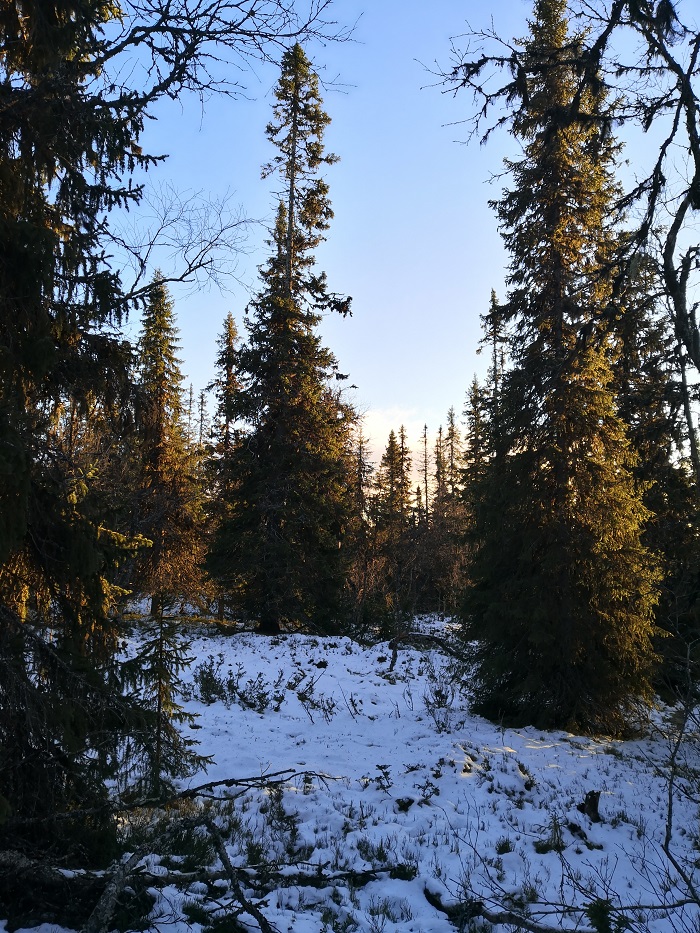 Ewa Orlikowska from SLU who was also involved in the study of Swedish forests said: “By contrast with the rest of boreal Sweden, the Scandinavian Mountains Green Belt also makes us aware how far managed forests have moved away from their natural state. Forest protection in other parts of Sweden is no longer sufficient.

“Extensive restoration of the natural structure of stands and their connectivity is necessary to allow for free movement of forest organisms and the restoration of ecological processes. The restoration of forests with a high proportion of deciduous species such as birch, aspen, willow and rowan, which are now very rare, requires special effort to provide favourable habitats for species dependent on them.”

HOW THE FOREST SURVIVED

Today, a large part of the Green Belt (as much as 60 percent) has formal, high protection.

But Mikusiński said: “ A large area of forests is waiting for a logging decision. The struggle for them continues: in principle, it would be necessary to completely block the logging above the mountain forest border.”

The boundary of mountain forests (another Swedish forest protection solution from the 1990s) means the physical boundary of a mountain forest, setting out separate rules for its economic use. The introduction of the mountain forests boundary concept made logging in some of the high-lying forests much more difficult, which saved a large part of them from being cleared.

The forest stretching from the south to the north of the entire boreal zone also has more chances in the face of climate change. As the climate warms up, in Sweden the forest species adapted to cool conditions have more opportunities to move and 'escape' further north and to higher ground. Meanwhile, other mountain forests in the EU tend to extend latitudinally and are cut by infrastructure.

Mikusiński said: “The natural value of the integrated (in terms of protection) Scandinavian Mountains Green Belt cannot be overestimated. To find something similar, you have to go deep into Russia or to the north of North America. This area should be fully protected.”

More on this topic on the following pages: Lanscape and Urban Planning, Forests, Landscape Ecology, Conservation Biology and Frontiers in Ecology and Evolution.

Professor Grzegorz Mikusiński is the co-author of five articles on Swedish forests, published in prestigious scientific journals (the list below the text).