Photon avalanche on cover of Nature 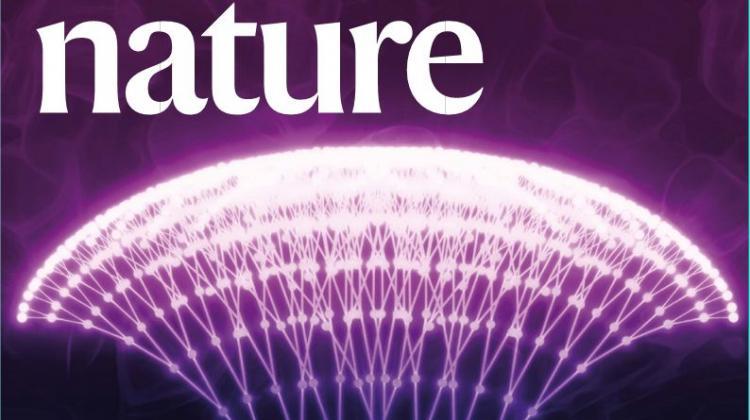 Emissions from ‘glowing avalanche photons’ have appeared on the front cover of the prestigious weekly Nature, after being discovered for the first time ever in nanoparticles.

Although the phenomenon of avalanche photon emission has been known for decades, so far it has only been obtained in large, macroscopic objects, for example, single crystals; often only at very low temperatures. Now scientists have presented this phenomenon at room temperature in nanomaterials, structures 25-30 nm in diameter (i.e. in objects only a few times larger than proteins in cells).

The tiny lanterns developed by researchers are nanocolloids. Their surface can be modified so that they are permanently suspended in the water and do not sink to the bottom. And this is the first step to surrounding these structures with, for example, proteins and introducing them into cells, where they can be used to observe the places or track the processes responsible for the functioning of living cells.

In order to light such a nanolantern, it should be illuminated with infrared light (wavelength 1064 nm). And this is another advantage of the solution. Such light is especially friendly in the study of living cells: it easily passes through tissues, it eliminates spontaneous glow of cells (which is a problem with UV light), and it does not damage biological structures in the cell.

Another advantage is that high-resolution images can be obtained with a slightly modified confocal microscope, which is available in almost every biological laboratory. Research has shown that such nanolanterns can be used to image structures with a resolution of 70 nm (so far, such optical resolution has only been possible in much more expensive and much more complex superresolution microscopes).

Research by scientists from the US (Columbia University and Lawrence Berkeley National Laboratory.), Poland (Institute of Low Temperature and Structural Research of the Polish Academy of Sciences in Wrocław) and South Korea was published in Nature. An illustration presenting their photon avalanche is on the cover of this weekly. 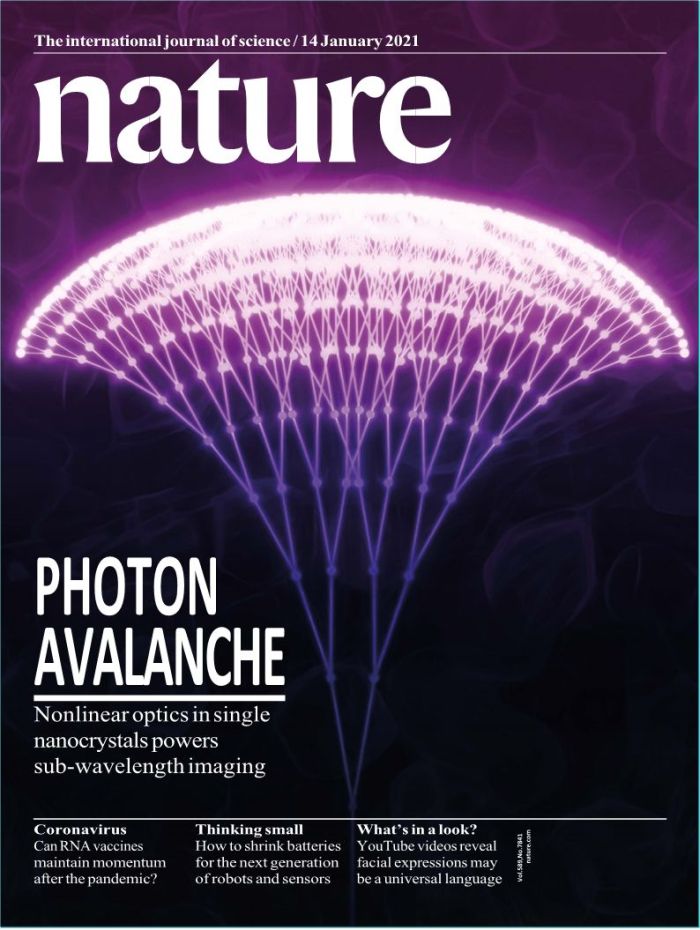 Fig. The cover of Nature with an avalanche of photons. Source: Nature

Research co-author Professor Artur Bednarkiewicz told PAP: “A layman can imagine it as the effect we have when we approach a loudspeaker with a microphone; the amplification, i.e. positive feedback, causes that, despite the fact that we are whispering into the microphone, after a while the loudspeaker +yells at full volume+.’'

He explains that this research opens up completely new possibilities for the use of nanotechnology: in the construction of biological sensors (for the detection of viruses, bacteria or fungi, or biological processes in cells and tissues), sensors of physical quantities (such as temperature, pressure), in neuromorphic calculations , construction of mid-infrared radiation detectors, new nanolasers or, as in the original work, fluorescence imaging below the light diffraction limit. Due to the light diffraction limit, in optical microscopy, without resorting to clever tricks, it is not possible to distinguish between objects that are too close to each other, for example closer than about half the wavelength of the light with which the object is illuminated (typically 300-400 nm). This makes the microscopic image blurry and out of focus, and therefore often insufficient for biologists to understand the behaviour of living cells at the molecular level.

The idea of which nanomaterial would produce an avalanche emission of photons was born in the joint teams of researchers, but since the solution was not at all obvious, obtaining the materials took several years. Scientists looked at the properties of luminescent materials doped with lanthanide ions. Usually, too much admixture of such ions (over 1%) weakens the luminescence of the material. Meanwhile, the researchers calculated and then checked that the nonlinear avalanche emission of photons would occur in the material with an unexpectedly large (8%) admixture of thulium ions. An American team produced such a material and experimentally confirmed that the material indeed had very interesting highly non-linear properties. Additionally, the experimental results were perfectly consistent with the simulations, calculations and predictions made two years earlier by Professor Artur Bednarkiewicz's group.

He said: “Currently, we are continuing cooperation, but we are also pursuing our own National Science Centre funded project at the Institute of Low Temperature and Structural Research PAS, concerning these materials and methods. We are able to synthesize avalanche materials ourselves, we have also built a unique and very sensitive measurement system that allows us to test the obtained materials in search of new and new improved materials. We are also thinking about their practical applications.”

He added: “Two groundbreaking facts result from our research. Firstly, we managed to achieve a photon avalanche in nanomaterials, and this opens up completely new possibilities for their application. Secondly, we managed to use these materials to demonstrate optical imaging on a nanometric scale below the fundamental light diffraction limit, which was a serious limitation and a huge challenge for biologists, physicists and chemists. The results open up a number of new directions of research and applications, but the next few years will show whether the avalanche nanocrystals will attract even wider interest.”