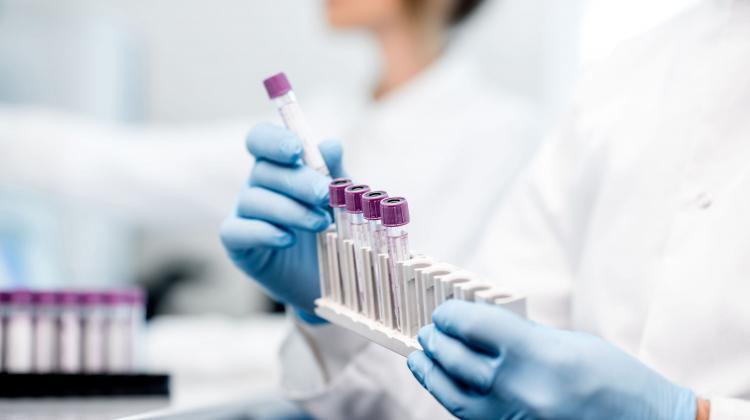 Pioneering research on the formation of blood cancers, including leukaemias and lymphomas, will be conducted by an international consortium with the participation of the Institute of Human Genetics of the Polish Academy of Sciences in Poznań.

Scientists will also focus on some of these diseases, e.g. Hodkin's lymphoma, that can be described as epigenome diseases.

Professor Michał Witt, Director of the Institute of Human Genetics PAS in Poznań said that the project 'On the road to excellence in unravelling the (epi)genetic landscape of hematologic neoplasms - NEXT_LEVEL' will be established to deal with pioneering research in the field of haematooncology.

He said: “Our consortium members are the leading European research centres in the field of haematoncology. We hope that the effects of our activities after 3 years of the project will include strengthened cooperation between our institutions and the possibility of creating global consortia.”

The scientific field indicated in the project, 'hematologic neoplasms', concerns various forms of leukaemias and lymphomas. These cancers constitute a serious medical problem worldwide and account for about 10 percent of new cancer cases diagnosed in developed countries.

Over 40 percent of all cancers in children are leukaemias and lymphomas. In recent years, research into blood cancers has provided evidence of the importance of the epigenetic component and the complex interaction between genetics and epigenetics in their development.

Professor Maciej Giefing, Head of the Department of Cancer Genetics at the Institute of Human Genetics PAS in Poznań said: “The epigenetic aspect is strongly emphasized in this project for good reason. Most cancers are human genome diseases associated with classic genetic phenomena, such as chromosome breaks and their movement to other places in the genome, resulting in the formation of new, abnormal genes with carcinogenic effects. This is the case, for example, of various leukaemias. But in selected hematooncological diseases, such as Hodkin's lymphoma, epigenetic phenomena are crucial.the key ones. These diseases can be described as epigenome diseases and we want to conduct our scientific and research activities in the project in this area.”

The project is implemented under the Horizon 2020 programme's Spreading Excellence and Widening Participation: Twinning Action. A particular challenge related to Twinning is strengthening activities in the area of networking between research institutions of countries expanding their activities (in this case Poland) and their leading EU level counterparts.

Professor Giefing said: “What is important about the Twinning projects is that they are not directly research-oriented projects. There is no research budget and research plan like in purely research grants. The aim of these projects is to increase the scientific and technological capacity of the institutions from the so-called new EU countries, not yet as developed as our Western European partners.

“Through various attractive activities, we expect to increase the scientific and research excellence of our institute and Polish science in this area in general. It is 36 months of intensive exchange of experiences and practices in the field of hematooncology.”

Professor Witt added: “An aspect of the project that should not be overlooked is the dissemination of knowledge and social education in the field of cancer, mainly leukaemias and lymphomas, which we want to provide not only to professionals, but also to patients, journalists, to the whole society.

“That is why we have also planned special activities, such as Hematooncology Days at our institute, which will be devoted to the education of patients of all ages, from school students to adults and seniors.”

In addition to the Institute of Human Genetics of the Polish Academy of Sciences, the project also involves Ghent University (Belgium), Medical University of Groningen (the Netherlands) and University of Ulm (Germany).