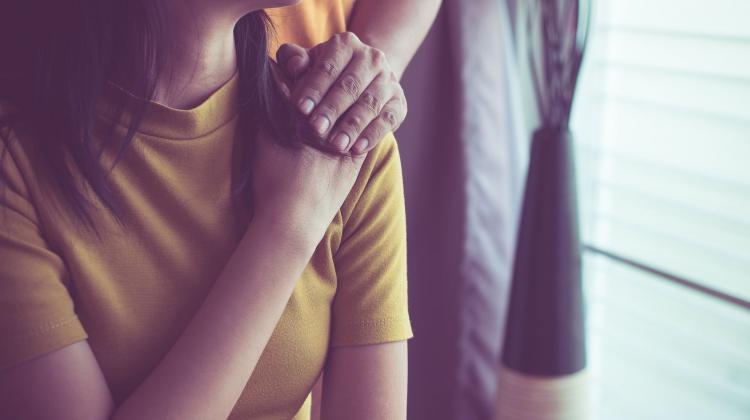 More than half of the people with an earlier history of depressive or anxiety disorders have experienced a deterioration of their mental health as a result of the pandemic, says the Nencki Institute of the Polish Academy of Sciences.

An international team led by Dr. Ali Jawaid from the Nencki Institute found that from a group of 2,700 people who had shown signs of depression, anxiety disorders or post-traumatic stress disorder before the coronavirus pandemic, in Poland 54 percent experienced had experienced a deterioration of their mental health.

They also found there were significant differences between countries. For example, in Canada, the percentage was over 81 percent.

Dr. Jawaid said: “We suppose this may be related to the level of adjustment of respondents to the various constraints, especially at the beginning of the COVID-19 pandemic.

“When the data were being collected, the epicentre of the pandemic moved from Europe to North America. This probably contributed to a greater impact on human health in America than in Europe.

“But it should be noted that deterioration was recorded in at least half of the participants of the study from most of the countries assessed.”

The Nencki Institute team also identified factors that increase the probability of health deterioration in people who previously showed symptoms of mental disorders.

The feeling of lack of control turned out to have the most negative impact on the psyche. It increased the probability of health deterioration by 90 percent. Other factors increasing this probability were female gender (70 percent), lack of interaction with others (56 percent) and dissatisfaction with the state's response to the epidemic (31 precent).

It also turned out that the elderly felt the negative effects of the pandemic to a lesser extent than younger people. Dr. Jawaid said: “This is indeed the most surprising finding of this study. It is probably related to less reliance on social media by older people.” The more the respondents were immersed in the world of the Internet, the greater their mental problems were.

All respondents most often complained about sleep disorders. Dr. Jawaid said: “These are usually the early symptoms of anxiety and depression, even in the subclinical stage. Anxiety tends to keep people from falling asleep, while depression usually leads to waking up earlier, without getting enough sleep.”

Additional factors contributing to sleep disorders during the COVID-19 pandemic were probably changes in the daily routine and lack of physical activity.

The Nencki Institute found that up to 8 million Poles may suffer from mental disorders. If more than half of them feel worse now, how can they help themselves, especially now that access to medical care is difficult?

“Dr. Jawaid said: “In our research, we have shown that daily exercise, even 15 minutes, and preferably one hour, increases resistance to disorders. In addition, it has been found that using social media as before (without any increase or decrease) is also protective. Finally, the possibility of sharing fears with loved ones can be very helpful, because keeping social distance should not mean social isolation.”

Over 13,000 people from 12 countries participated in the study. In addition to Polish respondents, they were adult residents from countries including the United States, Canada, Germany, France, Spain, Iran and Pakistan.

The research results appeared in the journal Frontiers of Psychiatry.