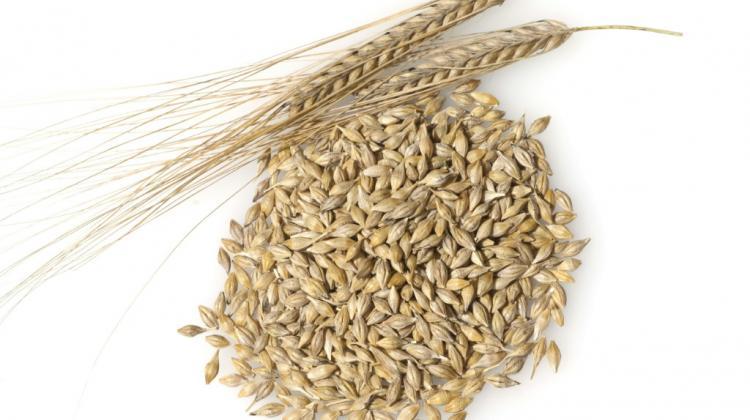 Scientists from the University of Silesia have developed two solutions accelerating the process of obtaining new barley varieties. They skip one of the key stages of plant reproduction, namely fertilization and a several-year cycle of crossing.

In addition, these solutions guarantee producing green plants regardless of the genotype.

Co-author, Dr. Monika Gajecka from the Faculty of Life Sciences of the University of Silesia, explains that the result of many years of research is a new method of isolating microspores and initiating culture using an earlier stage of spring barley development. Culture in this context means the artificial cultivation of cells on media, and the microspore is a male spore.

Biologists were interested in process of androgenesis, i.e. the development of a new plant from the male gametophyte responsible for the change of generations.

According to Gajecka, under normal conditions, in order for the plant to multiply, the pollination process is necessary. In the case of barley, it involves transferring pollen grains to the pistil. Her solution skips this stage.

The researchers used an unripe ear of barley, which that subjected to two types of treatment. “In the first case, the cut blades are put in the refrigerator for two weeks, thanks to which they are supercooled. Then they are blended in a special device that allows to avoid damaging the microspores. As a result, a suspension of these microspores is formed; they are this isolated. The next step is to initiate the in vitro culture, that is, induce the development of barley embryos while providing the appropriate nutrients in the medium,” Gajecka says.

In the second scenario, the steps are slightly different. “Here, an unripe ear with microspores is pulled out of a freshly cut stalk of barley. Microspores are isolated and placed in a properly prepared medium that provides only certain nutrients. In this case, there is no supercooling phase, but starvation of cells.

“In both cases we observe reprogramming, as a result of which we can immediately obtain a new plant from the microspore, and not, as in the case of a naturally occurring process, a mature pollen grain,” she adds.

This method shortens the process of obtaining new barley varieties by several years. “Within six weeks, we can already see the plants and in fact, in one year we have seeds that we can select to see if the plant has the specific, desired traits. Barley is an annual plant, so after another year we get a homozygous line. Previously, due to the eight-generation cycle of crossbreeding, we needed eight years for that,” Gajecka says.

In addition, scientists have solved the problem of albinism among plants, due to which these white plants - devoid of chlorophyll - are unable to perform photosynthesis. Their method of isolation and initiation of microspore culture in vitro enables the production of green plants from all varieties, even those that previously regenerated albino plants.

“Plastids have an important role in this process. We initiated in vitro culture at specific times in plant development. Once the plastids differentiated into amyloplasts, they mainly regenerated albino plants. But if it had not yet happened, then we obtained green plants. When we discovered this key dependence, it was enough to identify the right moment to initiate the in vitro culture,” Gajecka continues.

The innovative solution is important for plant growing, as it reduces the time needed to introduce new cereal varieties, and it ensures that it is possible to produce green plants regardless of the genotype.

The authors of the patents are members of the Plant Genetics and Functional Genomics Team at the Faculty of Life Sciences of the University of Silesia: Dr. Monika Gajecka, Professor Iwona Szarejko, Dr. Beata Chmielewska, Janusz Jelonek and Justyna Zbieszczyk.