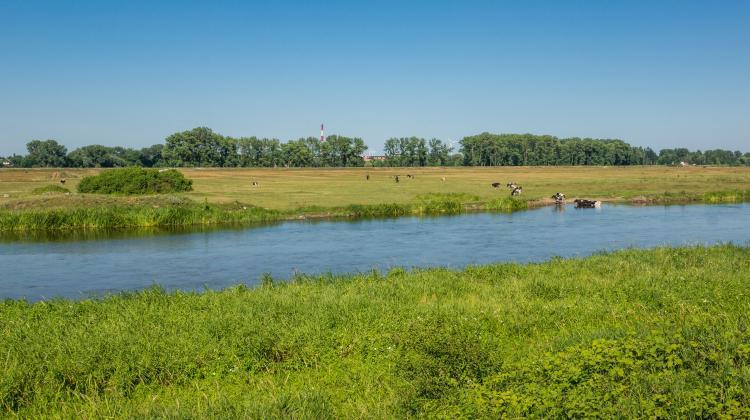 Europe could have some of the most fragmented rivers in the world, with 77,000 artificial barriers in Poland alone.

According to research published in Nature, this equates to an average of one barrier per 1 km of river or stream, which scientists say are detrimental to biodiversity, and the existence of many of them makes no economic sense.

Researchers working on the AMBER project coordinated by Swansea University in Wales estimate that there are at least 1.2 million river water flow barriers in 36 European countries. This means that there are an average of three man-made barriers per 4 km of river (0.74 barriers per 1 km). The record holder is the Netherlands, where there are almost 20 barriers per kilometre of river.

These are surprisingly high numbers compared to what we knew before. Over 60 percent of structures are so small (e.g. less than 2 m high) that they have been ignored in the statistics. In a large-scale study, researchers prepared the AMBER Dam Atlas, the first comprehensive, pan-European dam inventory. Thousands of large dams have been included, as well as a much larger number of lower structures, such as weirs, culverts, fords, locks and ramps, which were previously invisible in statistics and are the main culprits of river fragmentation. As part of the project, researchers have also created the AMBER app, which anyone can use to help document the barriers that have been missing from the statistics.

Since it was physically impossible to count all the barriers, during the field research scientists travelled along 147 rivers (2,700 km) and recorded all artificial barriers in their currents. On this basis, they estimated the total number of barriers in Europe.

One of the co-authors of the study, Professor Piotr Parasiewicz, head of the River Fisheries Department at the Stanisław Sakowicz Inland Fisheries Institute says that these barriers are a huge obstacle to the migration of river fish, not only salmon, trout, sturgeon and eel, but also roach and bream. Due to the river structures, these species have more difficult conditions for survival.

But this is not the only downside. “If we have thousands of barriers on the rivers, we turn our rivers into ponds,” Parasiewicz says. Above the barrier, there is often a lagoon, in which the water flows very slowly, and conditions are favourable for organisms that are typical characteristic not for rivers, but for ponds. Among the fish, these are, for example, carp or bream. These species are usually less specialized and more common.

Barriers also change the water temperature (it is often warmer above the barrier than below it). In addition, they block the flow of sediment and matter. Self-purification processes take place more slowly in a fragmented river.

Parasiewicz said: “The data provided by volunteers in the AMBER application show that more than 10 percent of European barriers are useless. So if they were removed, it would not have any economic significance. That means that around 150,000 barriers in Europe could be dismantled without any economic losses, but with a benefit for the environment and people.

“One of the practical results of our project is that the European Union has declared in its Biodiversity Strategy for 2030 that it would clear 25,000 km of rivers.”

AMBER received funding from the EU's Horizon 2020 research and innovation programme. The aim of this project is to apply adaptive management to the operation of dams and other barriers to achieve a more sustainable use of water resources and more efficiently restore the continuity of river ecosystems. The project developed tools and simulations to help water companies and river managers maximize the benefits of barriers and minimize their environmental impact.
The results of research can be seen here: https://doi.org/10.1038/s41586-020-3005-2