From Mars to blood tests and water quality control, the go-to infrared sensors are Polish 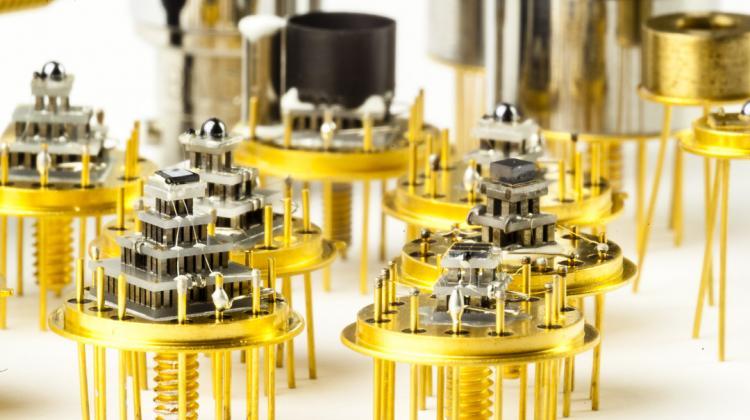 Infrared Polish sensors that do not require cryogenic cooling are cost-effective and easy to use, are currently being used onboard the Mars rover Curiosity.

The detectors, used in high-speed railway, non-invasive blood tests, as well as industrial contamination, fuel quality, air and water purity control, were chosen for being the most sensitive and and fastest on the market.

The uncooled photon infrared detectors are manufactured by VIGO System, a company that has joint laboratories with the Military University of Technology, detect infrared radiation, which is usually equated with heat.


THERMAL TRACK OF EVERY PARTICLE

While night vision cameras help us see objects that are invisible to the naked eye and are warmer than the surroundings in the dark, infrared detectors detect 'thermal traces' of the smallest particles. Miniature photon detectors are the size of one pixel in a digital camera matrix. The difference is that a mobile phone matrix detects radiation in the visible range, and an infrared matrix - in the range that the human eye cannot see. The WAT-VIGO laboratory makes single and multi-pixel detectors.

In the 20th century, detectors were used mainly for military purposes. The first bombs were equipped with primitive heat detectors that guided them to factory smokestacks and other strategic objects. Modern technology based on electronics is used in civilian applications. Detector systems are used in medicine. Doctors use them to find cancer cells, slightly warmer than healthy ones, because they have faster metabolic processes. The high resolution of detectors allows them to detect such minor temperature differences and save lives. Micro sensors also help to non-invasively test the concentration of glucose in the blood, or detect disease markers in the exhaled air.

Detectors are referred to as 'remote noses'. Except that they do not detect smells, but radiation sources of a given wavelength. Every molecule, every atom, radiates in a certain way. The sensor picks up this radiation and identifies it. As a result, we can conclude what element or substance we are dealing with. And it is not necessary to be close to unknown matter. Sensors can be placed on telescopes, they are used, for example, to determine the composition of stars. Polish detectors flew mission to Mars with NASA, where they detected the presence of methane. The European Space Agency also used them.

Infrared detectors are made of epitaxial layers. The layers are obtained, for example, from cadmium-mercury telluride or other more complex semiconductor materials called superlattices. They are crystals, although they do not look like the well-known salt or sugar crystals. Cultured crystals consist of various layers up to a dozen or so micrometers thick. They are deposited on a gallium arsenide substrate in the form of a round plate. Depending on how researchers arrange these layers, the instrument may have high sensitivity or speed.

Maj. Dr. Małgorzata Kopytko from the Faculty of New Technologies and Chemistry of the Military University of Technology said: “The highest sensitivity is needed in gas detection systems, for example, systems that detect methane in the air. Speed, on the other hand, can be important in military applications. At the Department of Solid State Physics, we make sure that the device has the best parameters.”

Scientists run computer simulations of photoelectric phenomena occurring in semiconductor materials. Together with VIGO engineers, they develop a 'recipe for a detector': they define the layers it should consist of. The company's employees deposit layers on the substrate in the lab. They produce the detector in subsequent technological processes. Then both sides compare the results. This is the basis for joint scientific publications.

Polish engineers have become experts in the production of detectors that can work without cryogenic cooling. They are very sensitive and their response time is short. In order to achieve high sensitivity, traditional detectors must be cooled to low temperatures, for example to the temperature of liquid nitrogen. This reduces the noise caused by the heat generated by the carriers.

Professor Józef Piotrowski from the Military University of Technology, co-founder of VIGO, started researching detectors that could work at room temperature with cheaper and simpler thermoelectric coolers in the 1970s. This required a change in the design of the device, that is, the appropriate selection of the detector layers.