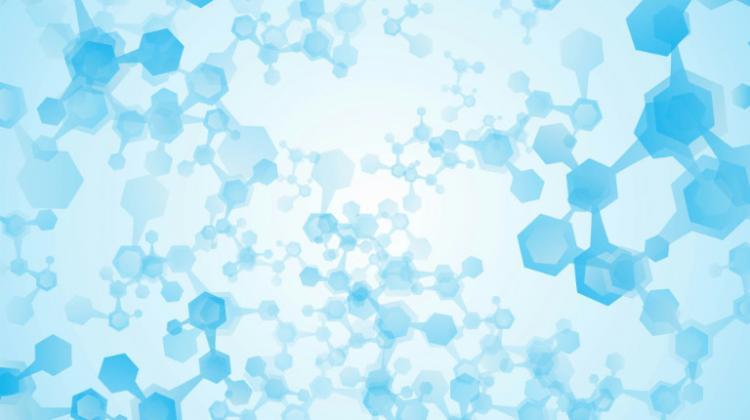 A readers’ poll has voted porous ionic liquid studied at the Adam Mickiewicz University as molecule of the year 2020.

The poll in the Chemical & Engineering News saw readers voting for their favourite molecules described this year and not related to COVID-19,

The new substance received 28 percent votes in the poll, more than the largest aromatic ring synthesized so far, a two-dimensional supramolecule containing metals or an asymmetric molecular knot.

Developed by an international team of scientists led by Professor Jonathan Nitschke from Cambridge (Nature Chemistry); the team members included Professor Artur Stefankiewicz and Anna Walczak from the Adam Mickiewicz University in Poznań.

The substance may, in principle, be used as a liquid filter, material capable of trapping specific substances from mixtures. Researchers hope this could make purifying mixtures much easier.

Porous materials include sponge, pumice, carbon filters for water or air purification. These materials contain pores - small spaces inside which other substances, such as impurities, can be bound. Porous materials, usually solids, are used in industry, for example when it is necessary to separate a mixture of different chemicals or to purify gases.

The pores of the ionic liquid are nanometer-sized, have the shape of a tetrahedron, and exhibit high selectivity in binding not only structurally different substances in the liquid state (e.g. alcohol isomers), but also gaseous ones (e.g. chlorofluorocarbons - CFCs).

Professor Artur Stefankiewicz told PAP in February that the ability to separate CFCs is important because the compounds from this group are largely responsible for the ozone hole phenomenon.

He said: “Due to the fact that the obtained liquid material has hollow and evenly spaced nanopores of a strictly defined size, we can extremely selectively capture a chemical compound, for example a gas molecule, whose shape and size fit the space in these pores.”

These invisible recesses can even separate structurally similar compounds. They can separate particles with similar or even the same chemical composition, but different shapes.

According to Stefankiewicz, it will be possible to design the size and shape of liquid pores to match, for example, the selected catalyst molecule.

He said: “Catalysts used in industry to run chemical processes are usually expensive. The goal is to use them in the smallest possible amounts, and reuse them if possible. Porous liquids could potentially be used to capture catalyst particles from the reaction mixture.”

Scientists hope that the porous liquid will be much easier to reuse as in order to release bound particles from such a porous liquid, it is enough to simply evaporate it.