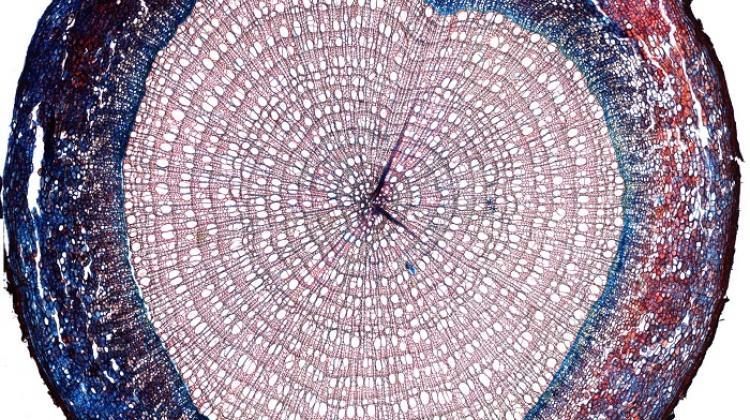 A new study has shown how the decline of sea ice is affecting the growth of Arctic shrubs.

The international research led by Dr. Agata Buchwał from the Adam Mickiewicz University in Poznań, shows that while most shrubs benefit from the warming caused by the shrinking sea ice surface and increase their growth, there is an unusual group called ‘Tundra dwarf shrubs’ whose growth is gradually decreasing.

She said: “Our research shows that some places in the Arctic become so dry that plant growth at high temperatures is impeded. A dry tundra may thus be more susceptible to, for example, the risk of wildfires. We have had reports of tundra fires in western Greenland in the last decade.”

Just like trees in lower latitudes, Arctic dwarf shrubs form annual growth rings which can be measured under a microscope to learn about climate history, but also about the shrub growth response to the current climate change in the Arctic.

Dr. Buchwał said: “Tundra shrubs will not shout about climate change in the Arctic. Instead, they patiently record their reactions to these changes in their annual rings. Our task is to draw conclusions from their valuable records.”

By collecting 23 chronologies of annual rings of shrubs from dwarf birches and willows from Alaska, the Canadian Arctic, Greenland, Spitsbergen and Siberia, Dr Buchwał and her team found that regional changes in sea ice range are strongly associated with changes in local temperature and - more importantly - a decrease in moisture availability in selected regions of the Arctic.

In particular, the areas with dwarf shrubs, which showed a lower growth in the last measurement years, were characterized by an increasing lack of moisture combined with an increase in air temperature.

This is important, the researchers say, as the shrub tundra, like the forests in lower latitudes, is an important regulator of the carbon cycle. While areas of the tundra with vigorous shrubs can absorb and store more carbon dioxide from the atmosphere, areas with dwindling shrubs are a potential source of carbon dioxide. In particular, the interaction between the tundra cover and the perennial permafrost, which is a source of greenhouse gases while thawing, is important.

The Adam Mickiewicz University has been conducting research in the Arctic for over 50 years, in part based on the polar station in Spitsbergen.

The latest research has been published in the Proceedings of the National Academy of Sciences of the United States of America.