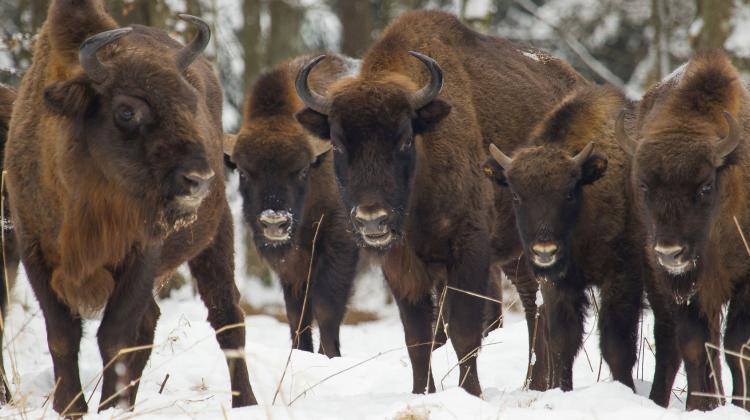 The status of the European bison has been upgraded from ‘vulnerable’ to ‘near threatened’ on the International Union for Conservation of Nature’s (IUCN) Red List of Threatened Species.

“Yet the growing list of Extinct species is a stark reminder that conservation efforts must urgently expand.”

According to the IUCN, the wild population of European bison (Bison bonasus) has grown from around 1,800 in 2003 to over 6,200 in 2019. The species survived only in captivity in the early 20th century, and was reintroduced to the wild in the 1950s.

There are currently 47 free-ranging European bison herds with the largest subpopulations found in Poland, Belarus and Russia. However, herds are largely isolated from one another and confined to non-optimal forest habitats, and only eight of them are large enough to be genetically viable in the long term. The species remains dependent on ongoing conservation measures such as translocations of bison to more optimal open habitats and reduction of human-bison conflicts.

Dr Rafał Kowalczyk, director of the Mammal Research Institute of the Polish Academy of Sciences in Białowieża, said: “Historically, European bison were reintroduced mostly to forest habitats, where they don't find enough food in winter. However, when they move out of the forest into agricultural areas, they often find themselves in conflict with people. To reduce the conflict risk and the bison's dependence on supplementary feeding, it will be important to create protected areas that include open meadows for them to graze.”

The International Union for Conservation of Nature has a membership of over 1,400 governmental and non-governmental organizations. Over 17,000 experts participate in the work of IUCN commissions.