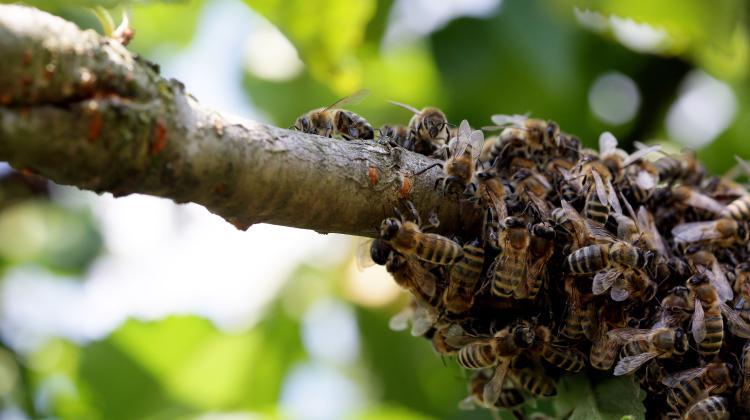 The inspiration for swarm intelligence algorithms is in the natural world, for example the behaviour of ants. These types of algorithms are used, for example, in management and interest in them continues to grow, says Professor Adam Słowik.

Swarm intelligence algorithms are used in many ways: scientists are testing their capabilities for mapping planets, and the military - for controlling unmanned vehicles. The beginnings of this field date back to the early 1990s.

According to Professor Adam Słowik from the Department of Computer Engineering, Koszalin University of Technology, swarm intelligence algorithms are derived from patterns observed in nature. Some of the inspirations for these algorithms come from schools of fish, ant colonies, flocks of birds and swarms of bees.

“These algorithms are inspired by the social behaviour of animals, among which we can see the existence of this relationship: simple behaviours of individuals plus ways of sharing knowledge equals the functioning of a complex community. In this type of algorithms there is a +population of individuals+ cooperating with each other. Their goal is to solve a problem.” Słowik says.

According to the scientist, ‘swarm wisdom' can be used in the case of the so-called NP-hard problems, where the number of potential solutions increases very quickly with the increase of the dimensionality of the problem, i.e. the number of variables occurring in a given problem. This type of algorithm is successfully used to model the actual process of parcel distribution in shipping companies. Other applications include various types of planning of the production process to ensure the shortest possible completion time. Swarm algorithms are also used when designing things with unusual properties, for example digital filters with unusual amplitude characteristics.

He adds: “Work on swarm intelligence algorithms focuses on creating new algorithms, modifying existing ones or adapting them to specific problems. Of course, the creation of new algorithms of this type is based on modelling the behaviour of other animal species.”

How are these types of algorithms created? Professor Słowik explains that there are several ways. Firstly, based on observation of the behaviour of animals in their natural environment. It can be either direct observation (as in the case of creating an optimisation algorithm based on an ant colony) or the analysis of data from other scientific studies describing the social behaviour of selected animal species.

“These algorithms try to model the social behaviour of selected living organisms as precisely as possible and use them to solve complex problems,” he says.

The first such algorithm was based on the behaviour of ants. Słowik said: “It is a well known fact that when looking for food, ants initially move randomly. When food is found, during its transport to the nest, each ant leaves a pheromone trail. After some time the more frequented (shorter) routes have a stronger +smell+ than the less frequented (longer) routes. This smell is a kind of signpost for the ants, telling them which routes they should use in order to get to the anthill by the shortest possible way. This type of behaviour of ants has been transferred to computer science. This example shows that the connection between algorithms and the world of nature is very strong.

He added: “In problems for which there are accurate algorithms and the time of obtaining a solution is satisfactory for the user, there is no need to use swarm intelligence algorithms.”