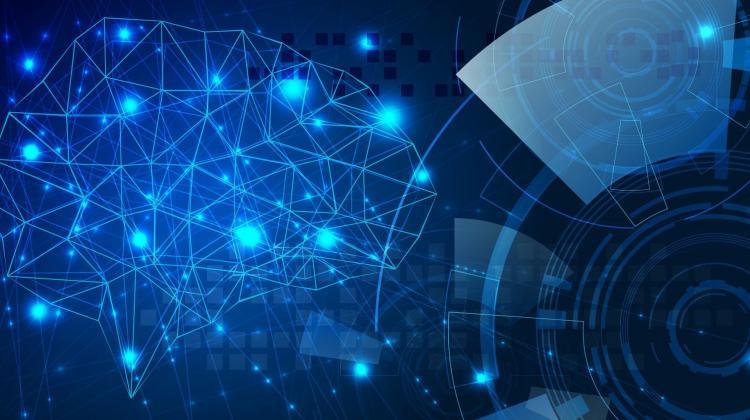 There are start-ups and institutes that want to make people 'immortal'. Some collect data about us and work on creating avatars that could 'live' after our death. Others explore the possibility of transferring the mind, awareness to the network, a media expert from Adam Mickiewicz University tells PAP.

According to Katarzyna Nowaczyk-Basińska from the Institute of Theatre and Media Arts at the Faculty of Anthropology and Cultural Studies of Adam Mickiewicz University in Poznań, about 200 market entities around the world, from start-ups to research units, deal with the subject of human immortality. According to her, this means that the question of eternal life now goes beyond the limits of religion, philosophy and art, that is, symbolic and cultural zones.

She said: “Over the last two decades, immortality has acquired an unprecedented product and service form. This brings many problems with it, including ethical ones, which cannot be ignored.”

The researcher, who received funding from the National Science Centre for her research on new forms of immortality, said that people have been dreaming about immortality for millennia. Gilgamesh hero of the Mesopotamian epic written 4,000 years ago, pursued eternal life. The epic itself is the oldest written source that describes such a desire.

According to Nowaczyk-Basińska, the belief in the progress of science and technological development revived the desire to achieve 'practical immortality'. What does this mean? “It is not about memory of us or a kind of heritage, but about +cheating+ death,”  says Nowaczyk-Basińska. She mentions numerous medical therapies and organ transplants that contribute to extending life. In the 1960s, due to the appearance of devices such as ventilators, even the criterion for declaring a person dead changed. In the 21st century - the researcher says - we continue this trend by developing new forms of engineering of immortality.

Dozens of companies are working, for example, on creating our copies (visions) of us, avatars that could 'live' after our death. In order to create them, companies collect data, and then use algorithms and artificial intelligence to create an image of the person who has died.

Nowaczyk-Basińska explains that such technology makes it possible to talk to a loved one, and even contact them in virtual reality (for example thanks to 3D goggles). She notes that these are still experimental projects, but there are more and more of them and they work better and better. To achieve this, it is necessary to provide a lot of data on the person to be 'copied'. According to the researcher, this raises a lot of legal and ethical questions.

You could get the impression that, according to some companies, death is only a technical problem that can be solved. They believe that while it is indeed difficult, it is achievable if we focus on this task.

Nowaczyk-Basińska says that this type of project and the broadly understood 'immortality market' are mainly aimed at the living. The deceased person remains deceased. Only their loved ones can benefit from the copy. Thus - wanting to stay connected with the person who has passed away - is the main reason for these kinds of ventures.

The expert notes that for centuries the posthumous fate of the deceased was of key importance. Now the situation has changed.

“Today we are trying to provide comfort to the living. It is the aftermath of the individualistic Western European culture, in which we live,” the scientist says. She adds that such 'engineered' immortality applies mainly to technologically advanced societies. It is not a universal phenomenon.

The researcher continues that when such projects began to appear, they are met with a large wave of criticism. It was pointed out that their nature was dehumanising. Health aspects were also raised: according to some experts, maintaining a bond with the dead indefinitely may lead to pathologies and disorders that are difficult to predict.

The creator of psychoanalysis, Sigmund Freud, pointed out that people must work through mourning. It is about saying goodbye and disconnecting from the loved one.

“But,” says Nowaczyk-Basińska, “the latest research shows that mourning is a journey. It is a very individual experience that does not have to be associated with the need to close this relationship. If it benefits us, it is worth maintaining. Anyway, the willingness to continue the bond with the dead is part of human existence.”

But would daily conversations with the avatar of a deceased grandpa or grandma be beneficial to health? “It is difficult to get an unambiguous opinion, because there is no research related to the use of such technologies yet. Therefore, I am cautiously enthusiastic about their use,” she says.

What about mind transfer, putting our consciousness online? Hypothetically, this would involve transferring possibly all the neural connections located in the brain to the computer, thanks to reproducing them in a computer simulation.

“Work on this type of solution is underway, but these are still very hypothetical projects, at the initial stage of research. Many experts believe that it is simply impossible,” Nowaczyk-Basińska continues.

Cryonics, that is, a technique for freezing human bodies that modern medicine is unable to keep alive, is according to her the 'dinosaur' of immortality technology. The intention of cryonics is to bring these people back to life when medicine will have developed adequately to deal with the medical problem of the 'frozen' person.

Nowaczyk-Basińska said: “There are over a dozen companies offering this type of service around the world. But the problem with the procedure is that it can be implemented only after the doctor declares death; otherwise, it would be illegal and unethical. Those who undergo the procedure formally donate their bodies for medical experiments.” She says that another possibility is the neuropreservation procedure, which consists in 'freezing" only the head, according to the principle that the brain is the key organ and the seat of our consciousness.

Is cryonics effective? This we do not know yet. Only a few daredevils underwent the very expensive procedure, which costs several hundred thousand dollars. The researcher admits that projects of this type are shrouded in mystery due to their very controversial nature. (PAP)