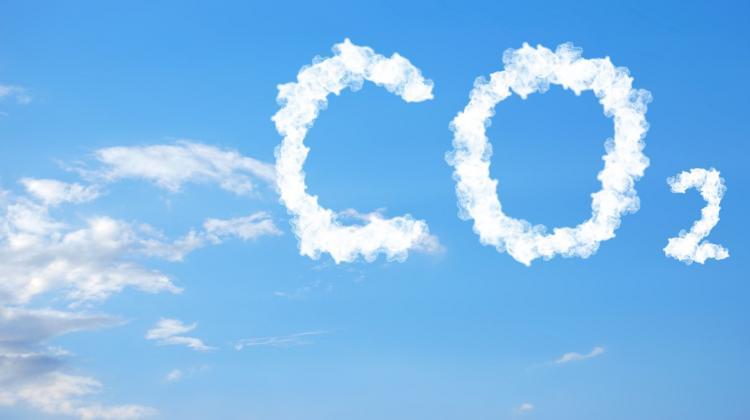 A Polish scientist has developed catalysts which can convert carbon dioxide into ethyl alcohol and other valuable substances.

The catalysts, which are made of nanowires and have huge surfaces, provide enough space for the molecules involved in the reaction.

Electrochemical methods, including catalysts, are used to reduce carbon dioxide to other substances.

This reaction makes it possible to produce hydrocarbons needed to make polymers, i.e. popular plastics. Ethyl alcohol for various uses, for example as a fuel for cars, can also be obtained from CO2.

Dr. Wojciech Stępniowski, the man behind the new scheme, said: “The use of ethanol made from carbon dioxide as fuel for internal combustion vehicles is an idea worth considering. In Brazil, most cars have been running on ethanol from sugar cane for decades, and ethanol made from carbon dioxide is just as good, it's the same chemical. The world goes forward. Burning ethanol is a simple chemical reaction. It burns just like hydrocarbons found in conventional fuels.”

But for such reactions to take place and to be efficient, we need catalysts with large surface areas. Dr. Stępniowski’s are so large that it would take three generations to pay off the loan. At the same time, several hundred square meters of a catalyst can weigh only one gram.

This is possible because the surfaces are made of nanowires. When magnified, they look like forest moss or corals. The areas of all such rods add up. To obtain such nanostructures, copper must be electrochemically oxidized and then modified. This expanded surface area will provide enough space for the molecules involved in the reaction. They bind to the catalyst surface undergo a reaction that produces another chemical compound, for example ethanol or ethene.

Ethanol and ethene used in polymers have two carbon atoms. The scientist would also like to obtain chemical compounds with three carbon atoms in the chain. This would be more cost effective when synthesizing complex polymers.

Stępniowski said: “If we are to not emit excess carbon dioxide into the atmosphere by 2050 in accordance with the Paris Agreement, then we should try various approaches and look for unconventional solutions. Obtaining fuel in the process of CO2 decomposition is something that no one has ever done on a semi-industrial scale before. This project has potential, but we cannot be sure that everything will go as planned. This is normal for high-risk projects that also have a high impact on progress in a given field in the event of success.”

After his doctorate at the Military University of Technology, the chemist and Jagiellonian University graduate worked in the Netherlands and the United States. He returned to Poland as part of the National Agency for Academic Exchange programme 'Polish Returns' and built a team at the Faculty of New Technologies and Chemistry of the Military University of Technology. One of his team members (formerly an employee of the Institute of Physical Chemistry of the Polish Academy of Sciences) recently received a grant from the National Science Centre.