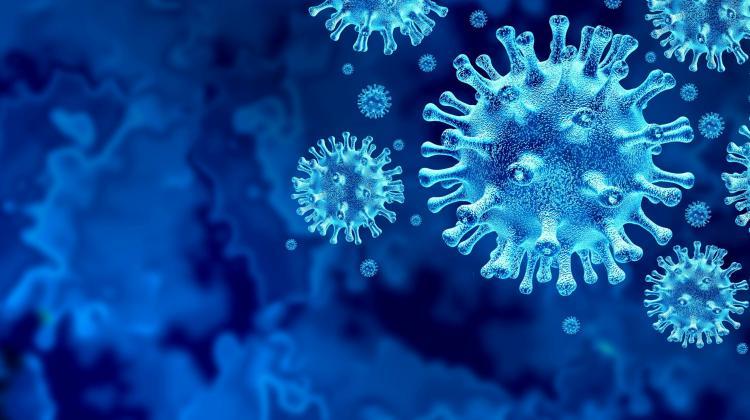 Structures formed by viral RNA could be potential targets for the development of antiviral drugs, say scientists studying the SARS-CoV-2 coronavirus genome.

The research, described as a “breakthrough paper, carried out by the Universities of Groningen and Leiden, and the International Institute of Molecular and Cell Biology in Warsaw, used advanced techniques to study the structures formed by the genetic material of the SARS-CoV-2 virus.

The work led by Dr. Danny Incarnato from the University of Groningen included studying the RNA structure of the SARS-CoV-2 coronavirus. The aim of the study was to obtain information about the interaction of all alkali in the genome. Viral RNA particles have been tested experimentally, both directly in infected human cells and after isolation from cells.

Researchers then applied computer data analysis methods to identify viral RNA regions that form stable spatial structures. This was the first time the structure of the entire coronavirus RNA was determined. It turned out that among the 87 most highly structured regions, about 10 percent showed high similarity between the various coronaviruses. This suggests that they may be particularly important.

Incarnato said: “We first identified the structures in vitro, and subsequently confirmed their presence in the RNA of viruses inside cells. This means that our results are very robust.”

In addition, the scientists identified structural patterns in some RNA structures that could be used as targets for chemical molecules potentially disrupting viral RNA function. The researchers note that some structures “are conserved between different coronaviruses,” which means that an effective SARS-CoV-2 drug could also work against future viral strains.

The COVID-19 disease is caused by SARS-CoV-2 - beta-coronavirus, the genome of which is a single, very long RNA molecule that codes viral proteins. Coronaviruses hold the RNA length record among viruses: their genome is around 30,000 nucleotides. Like other viruses, SARS-CoV-2 virus RNA forms spatial structures that play a key role in regulating the  mechanism of action, including the way the virus replicates in human cells. So far, only a few individual structural elements in the RNA of coronaviruses have been studied.

Adding short nucleic acid strands that can bind to these viral RNA sections would create double-stranded regions, which are naturally targeted by the natural molecular mechanisms cells use to defend themselves against foreign RNA.

The scientists emphasize that the results of their research establish the foundation for future work aimed at developing potential drugs to treat infections caused by both SARS-CoV-2 and other coronaviruses.

Professor Janusz Bujnicki from the International Institute of Molecular and Cell Biology in Warsaw said: “This work would not have been possible without the collaboration between the Netherlands and Poland.

“Together, we invented a new way of searching for potential weak spots in large viral RNAs. Collectively, our work lays the foundation for the development of innovative RNA-targeted therapeutic strategies to fight SARS-CoV-2 infections.”

The research on the RNA structure of SARS-CoV-2 has been published in the journal Nucleic Acids Research.

The article has been hailed by reviewers as a 'breakthrough paper'. (PAP)