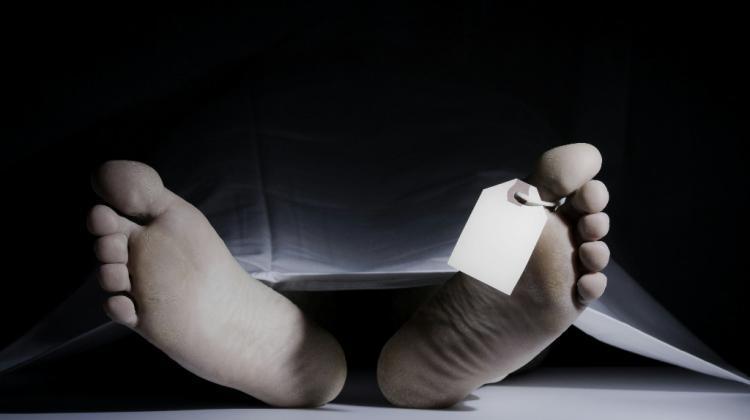 Insects that live on corpses not only help forensic entomologists estimate time of death, but may also change the course of the investigation, for example by determining that the body was moved, says Dr. Marcin Kadej, head of the Laboratory of Forensic Biology and Entomology at the University of Warsaw.

The shorter the time from death to the examination of the body, the more precisely the medical examiner can estimate the time of death. But his options are significantly limited when the corpse is subject to decomposition changes, especially late ones, such as mummification or fat-wax transformation. In such cases, a forensic entomologist can analyse the species of insects that feed on the corpse, their developmental stages, and estimate the PMI (post mortem intervallum), i.e. the time elapsed from the moment of death to the discovery of the body.

The most important species for forensic entomology are insect species classified in biology as necrophages, attracted to a dead body by a characteristic smell.

'This smell is very specific and insects have excellent olfactory sense. They are so perfect in this art that it is actually difficult to find other organisms that would match them in this area', says Dr. Kadej, head of the Laboratory of Forensic Biology and Entomology at the University of Wrocław.

The researcher explains that corpse colonization is started by first-order necrophages, and among them flies of the order Diptera (about 7,000 species in Poland). After they finish feeding and pupate, the adults leave the body of the deceased. Then it is colonized by second-order necrophagic insects, primarily beetles of the order Coleoptera (about 6,000 species in Poland).

Dr. Kadej explains that from the entomological perspective, all over the world the decomposition process is governed by the same general rules, which means that the necrophagic insects involved in it represent the same orders or families. However, they differ in their species composition.

That is why the knowledge of forensic entomologists working in a specific country, region, or climatic zone is crucial, as they assess these processes based on the species characteristic of a given place.

For these specific species of insects, specialists have developmental models and compare them to samples taken from cadavers, analysing their development stages and age. Before estimating the time of death, they must also take into account a number of variables such as weather conditions (e.g. ambient temperature) or natural conditions (e.g. information on the type of habitat) in which the body was found.

Corpse decomposition often depends on the activity of other insects, such as ants, which by preying on necrophages slow down the decomposition process.

Only after considering all these premises, do entomologists estimate the time of death.

Dr. Kadej said: “In the case of the development method that we apply to the so-called fresh corpses (death up to 30 days before the moment of discovery) we are able to issue an opinion that will be precise enough to indicate the day or even hour when an event such as death could have occurred.”

In the case of the succession method used for corpses found 30 or more days after death, the entomologist estimates less precisely by indicating the minimum and maximum post mortem intervallum.

Insects can also help find a crime scene. This is due to the fact that these are animals whose species occur in their typical environments: forest, non-forest, anthropogenic (characteristic of households or apartments), etc.

Kadej said: “Having such knowledge can change a lot in the investigation. Imagine a situation where we find a corpse in a typical forest habitat, but on this corpse or in clothes we find species typical of an anthropogenic environment, for example an apartment. The fact of moving the corpse from A to B changes the point of view of law enforcement agencies by 180 degrees.”

The expert cited a rape case in which a forensic technician trained in forensic entomology led the police to the scene of the crime by identifying one species of beetle present on the victim who had been brought to the hospital.

Experts are also able to determine whether a victim has been poisoned without analysing any of the victim's tissues. They subject necrophagic insects to toxicological analysis. It turns out that the presence of toxins affects the development of insects, and thus the possibility of estimating the time of death on the basis of insect development models.

Moreover, the larvae of insects feeding on the corpse absorb not only potential toxins but also tissues containing DNA. Scientists have shown that it is possible to isolate human DNA from the gastrointestinal tract of fly larvae, and this could help identify the deceased.

According to the researcher, we are witnessing a forensic entomology boom in terms of the number and quality of research and published scientific papers.

“The entire community shares the results of experiments conducted either on so-called corpse farms or on carcasses of animals such as pigs, rats, rabbits,” Kadej said.

He added: "The knowledge that we can draw directly from a human body is acquired during the direct examination of the body or during forensic medical examinations.”

But the presence of an entomologist during an autopsy or at a crime scene is not obvious.

Dr. Łukasz Szleszkowski, head of the Forensic Thanatology Laboratory at the Department of Forensic Medicine, Medical University in Wrocław: “Unfortunately, forensic entomology is not well developed in Poland. This especially applies to the cooperation between medicine and entomology.”

In Wrocław this cooperation is exemplary, which allowed the Medical University and the University of Wrocław to sign an inter-university agreement. As a result, a forensic entomologist currently works closely with a medical examiner in the scientific and consultative area.

Szleszkowski said: “We have the advantage over other medical examiners that we can learn directly from an entomologist how to find and recognize insects and traces of their activity on the corpse, how to protect the material, how to name the samples or describe them correctly in the report. The fact that there is a forensic entomologist in the autopsy room, that he does not only examine the entomological material in his lab, as is the case in most cases of forensic entomology in Poland, means a lot, because he sees the habitat, the environment in which insects live, i.e. the corpse.”

He added, however, that insects feeding on a corpse make it difficult, or even impossible, for the medical examiner to recognize and interpret the injuries, which is particularly important for the homicide investigation.