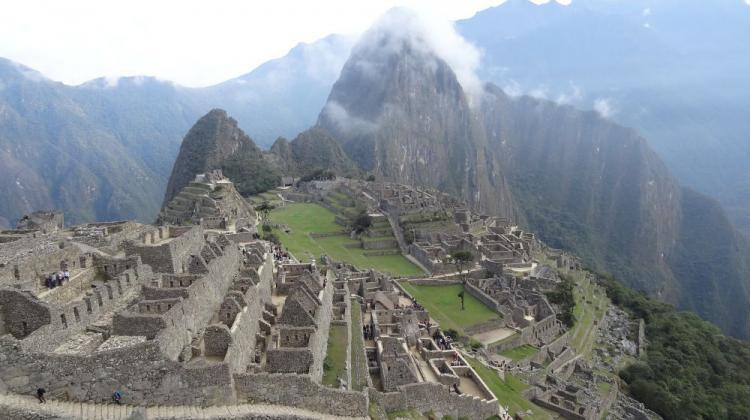 During the planning of the buildings in the famous Machu Picchu in Peru, the Incas used two types of measures. One of them was based on a 42 cm module, the other - 54 cm. While scientists expected the former, the latter was a surprise.

These findings come from the doctoral dissertation of Dr. Anna Kubicka from the Faculty of Architecture of the Wrocław University of Science and Technology, recently granted the award of the Prime Minister.

Dr. Kubicka said that until now research on the Inca measurement system was based mainly on 16th and 17th century chronicles written by colonising  Spaniards, and on their dictionaries of the Quechua language used by the Inca. These sources contain information on anthropometric measures (measures based on human body parts). But the values assigned to them were not known.

Scientists speculated that since the average Inca person was about 1.6 meters tall, Inca ell (arms) could be between 40 and 45 cm.

Kubicka conducted metrological analyses using measurements made in 2010-2017 during field research in Machu Picchu. Field measurements were carried out by employees of the Machu Picchu National Archaeological Park together with the 3D Scanning and Modeling Laboratory team led by Professor Jacek Kościuk from the Wrocław University of Science and Technology. Anna Kubicka, a PhD student at the time, joined his team. Kościuk's team started working there in cooperation with Professor Mariusz Ziółkowski from the Center for Pre-Columbian Studies of the University of Warsaw.

The researcher determined that the Incas used two modules (or quanta) to measure their buildings. The basic module was 42 cm long and corresponded to the elbow length. The second one, measuring 54 cm, is a so far unknown measure and does not result directly from the length of any part of the human body. Kubicka calls it the 'royal ell', because the unit was used to measure structures of a higher rank. The 'royal ell' was associated with representative and residential building complexes of the Inca elite, while the other, basic one - with complexes of farm buildings, workshops and buildings for the yanaconas (the servants of the Inca elite).

Asked whether her finding has brought anything new to the knowledge of Machu Picchu, Kubicka says the complex was built at one point, in the first half of the 15th century. Therefore, the metrological data she has obtained are not needed to determine, for example, its age.

Kubicka said: “On the other hand, the question to observe was whether there were modular differences due to different building traditions of the people who came as labour from different regions of the Inca Empire. At Machu Picchu we have different stonework styles, also used depending on the function of the building or complex of buildings.”

But it turned out that despite the differences in the construction method, only two measurement systems were used. Kubicka believes that this is evidence that the measuring of the Machu Picchu city plan was supervised by imperial engineers who used their own system of measures.

Further research will determine whether the measurement system identified by Dr. Kubicka was also used in other places in Inca Peru as so far no one has looked into it.

But according to Kubicka, it cannot be ruled out that the units of measurement changed over time before the advent of the Incas. Perhaps, along with the stone processing technologies borrowed from the Tiwanaku culture, one common system of measures was adopted.

For her analyses, Dr. Kubicka used the cosine quantogram method developed by the British researcher Kendall in 1974 to analyse length measures in megalithic structures. Simply put, it consists of searching for an indivisible unit of measurement (quantum) in a series of measurement data, the multiple of which is the length of individual elements of architecture.

The research in Machu Picchu was financed with a grant from the National Science Centre.