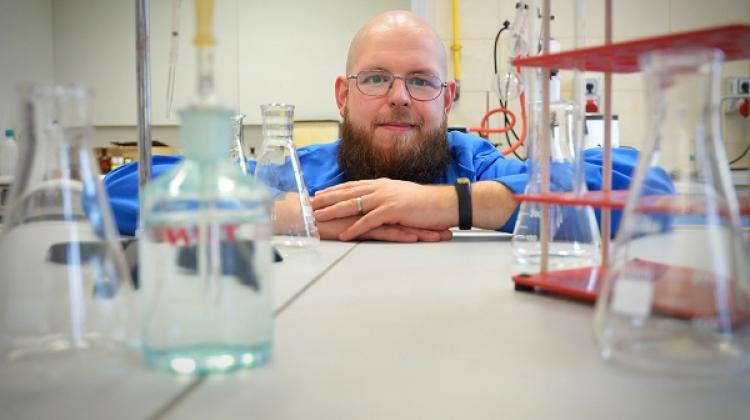 Special scented strips called blotters which will help reduce or stimulate the appetite are being developed by researchers in Wrocław.

By checking which scents are associated with both tasty and unpleasant foods, the team from the Department of Chemistry, Wrocław University of Environmental and Life Sciences will develop the easy-to-use appetite regulators using natural, safe fragrances such as essential oils and food flavours and place them on cardboard strips similar to those used in perfume stores.

Then, using a magnetic resonance study, the scientists will test their effect on the appropriate centres in the brain.

Team leader Jacek Łyczko said: “Our noses greatly influence our behaviour. Marketers use this common knowledge in supermarkets, where the smell of freshly baked bread is spread. Before Christmas, shopping centres smell like cloves, cinnamon and baked apples.”

“Our goal is not to scare people away from eating, evoke negative associations or guilt in people with too much body weight. We want to induce a feeling of fullness that will be associated with eating a delicious, heavy dessert, with afternoon coffee, relaxing after dinner.

“We also want to direct their appetite to healthier products, so that they crave, for example, wholemeal bread, and not a white roll. Thanks to this, they will eat less and better.”

The scientist will also carry out a morphological analysis of leftovers of meals that the subjects will eat after smelling the blotters - this is a specialized term for stripes that can be saturated with a scent.

The analysis will determine whether the product can reduce the appetite, for example, for starch additives, and increase the appetite for protein or vegetables.

Łyczko added that many elderly or sick people, especially those staying in various care centres, have a problem with reduced appetite. In turn, 53 percent of Polish society are people who are overweight or obese.

He said: “The market of dietary supplements regulating the appetite is huge, we buy over 625 million packages of such substances per year. The problem is that either their effectiveness is debatable or they cause many side effects.”

The team received close to PLN 1.5 million for the planned research from the National Centre for Research and Development LIDER programme.