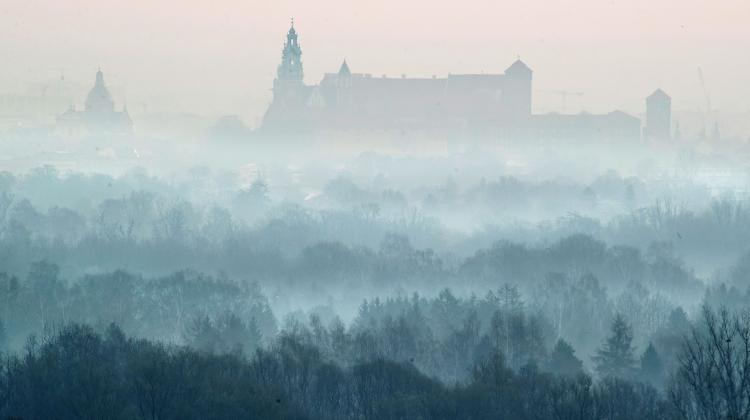 A new method for reducing the concentration of particulate matter in the atmosphere using a shock wave generator which could improve the condition of air in polluted areas has been patented by scientists at the AGH University of Science and Technology in Kraków.

The invention is based on creating a shock wave cycle by exploding a mixture of combustible gases and air. The effect of these waves is the destruction of the structure of the atmosphere temperature inversion layer, which enables the formation of vertical air movements, leading to a decrease in the concentration of pollutants.

The shock wave generator is mobile and can be freely moved. The additional components of the technology include a drone-based mobile pollution monitoring system, as well as an operation algorithm that determines the number and strength of generated shock waves.

Initial results of the device's operation show a reduction of PM10 concentration by an average of 20 precent in the smog layer at altitudes up to 100 m and at a distance of 10 m from the shock wave generation axis.

Researchers are convinced of the effectiveness of this technology for the interventional improvement of the quality of air polluted by dust and other harmful substances.

Team leader Professor Jacek Leszczyński from the AGH UST Faculty of Energy and Fuels said: “The implementation of the invention may contribute to the improvement of air quality in our city and adjacent municipalities, which is particularly important in the situation of the growing threat resulting from the spread of the SARS-Cov-2 coronavirus attacking the respiratory system.”

Currently, the team is looking for funds that would enable the practical application of the technology in selected locations.