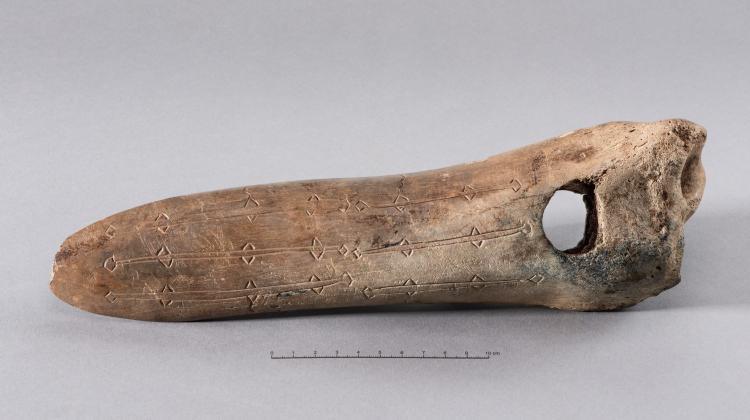 The area of today's Poland was not deserted at the end of the last Ice Age, around 9500 BC. It was still inhabited by reindeer hunters, who gradually adapted to life in an increasingly warmer climate, according to the analysis of Polish scientists published in the Journal of World Prehistory.

With the retreat of the glacier north into Scandinavia, the areas of today's Poland became habitable for more people. Previously, only reindeer hunters would venture there seasonally - they followed the animals that were the basis of their existence. With the melting of the glacier, the climate changed, the temperature increased significantly, and a few thousand years after its disappearance, the area of today's Poland was covered with dense forests. There were also numerous post-glacial lakes.

Dr. Tomasz Płonka from the Institute of Archaeology of the University of Wrocław said: “Until now, scientists believed that this change caused the migration of Palaeolithic hunters to the north-east, beyond the areas of today's Poland. For the next 150-300 years, from ca. 9500 BC, these lands were believed to be abandoned. Only later people would come from the south or south-west of Europe.”

But his analyses, carried out jointly with Michał Szuta from the same university and Dariusz Bobak from the Rzeszów Archaeological Centre Foundation, published in the prestigious Journal of World Prehistory, paint a completely different picture.

He said: “It turns out that the area of today's Poland was not abandoned; our research shows that it continued to be inhabited.”

This conclusion was drawn from modelling based on Bayesian statistics (the name comes from the eighteenth-century mathematician Thomas Bayes). This method is used in Western Europe, but Polish researchers of the past still rarely use it. For this model, Dr. Płonka's team entered the dates obtained during radioactive carbon isotope (C14) analyses from several dozen archaeological sites from the late Palaeolithic and Mesolithic. However, C14 dating alone is not enough, the method still has a lot of drawbacks and is not completely perfect. The researchers point out that Bayesian statistics improve the previously established chronology and make the previously obtained data more realistic. It is also possible to study micro-scale phenomena, even those that took place many thousands of years ago, because this modelling is more accurate.

Similar modelling was done by the same team of archaeologists for the North German Plain in the same period. The researchers obtained a very similar picture. Płonka said: “There is no question of that area being abandoned. Unlike the area of Poland, where sites from the late Paleolithic and Mesolithic periods followed one another, in Germany they occurred in the same period.” But this means the same as for Poland: individual groups of people gradually adapted to the changes in the natural environment. There is no indication of migration, the authors of the article believe.

Archaeologists find traces of the life and activity of late Paleolithic hunters mainly in the form of flint tools, which they used for hunting and dressing animals. Some differed significantly from those used in the Mesolithic period. “But we can certainly see references and continuity in the tradition of such products, for example small flint elements that mounted on arrows,” said Płonka.

This, in his opinion, validates the conclusions of the group of researchers resulting from statistical analyses: He said: “Hunters did not leave our lands, but simply adapted to the changing climatic conditions. They needed appropriate tools for hunting; now they no longer hunted reindeer, but mainly forests animals.”

He added that continuity is also visible in art objects, decorations on some of the discovered objects, especially from the turn of these two periods.