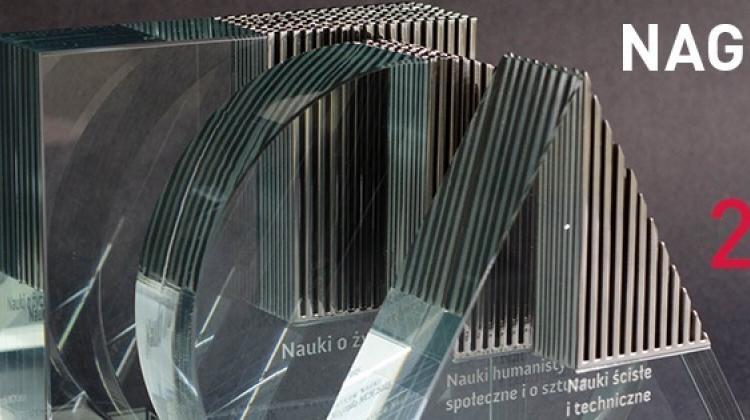 Dr. Wojciech Fendler from the Medical University of Łódź, Dr. Jakub Growiec from the Warsaw School of Economics and Dr. Michał Tomza from the University of Warsaw are the winners of the 8th edition of the National Science Centre Award.

This year, due to the coronavirus pandemic, the traditional October awards ceremony at the Gallery of 19th-century Polish Art in the Sukiennice has been cancelled. The winners will receive commemorative statuettes during the ceremony, which, according to the NCN 's announcement, will take place on a different date.

Cash prizes of PLN 50,000 went to three outstanding young scientists who made significant discoveries in the field of basic research conducted at a Polish research unit. The awards were granted in three research areas: Arts, Humanities and Social Sciences; Life Sciences; and Physical Sciences and Engineering.

The 2020 National Science Centre Award in Life Sciences went to Dr. Wojciech Fendler from the Medical University of Łódź, who was awarded for significant results in research on microRNAs as biomarkers of accidental exposure to ionising radiation and radiotherapy complications. In his research, he showed that specific microRNA molecules identifiable in the serum indicate irreversible damage to the bone marrow caused by ionising radiation.

He said: “My research concerns the detection of exposure and the prediction of the harmful effects of ionising radiation. The goal is to create a diagnostic test that will identify exposure to a potentially lethal dose of radiation, which may accelerate the selection of patients after exposure for a life-saving bone marrow transplant.”

A medical doctor by education, after graduating he began researching causes of rare types of diabetes, their epidemiology and tools to facilitate their diagnosis. After obtaining his PhD in 2013, he began research on the biomarker application of microRNAs, which he carried out together with researchers from Harvard Medical School.

The winner in Arts, Humanities and Social Sciences is Dr. Jakub Growiec from the Warsaw School of Economics, the author of advanced research on economic growth, especially taking into account the role of technological progress and human capital.

He said: “Long term economic growth depends on technological progress and investment in capital and education, and since the 1980s also on the progress rate of automation.

“In my research, I try to grasp the mechanisms that cause new technologies to translate into growth and change the distribution of generated income, both within societies and between countries. I hope that my research will help us understand the future a little better. For example, whether we are facing a long-term growth slowdown, or rather its acceleration up to the point of the so-called technological singularity.”

Dr. Growiec is a professor and head of Department of Quantitative Economics at the Warsaw School of Economics. He also works as an economic advisor at the National Bank of Poland. In his research work, he boasts impressive publishing achievements and numerous awards, and his contribution to research on economic growth is considered exceptional.

The Award in Physical Sciences and Engineering went to Dr. Michał Tomza from the University of Warsaw. The jury recognised his theoretical description of interactions between ultracold atoms, ions and molecules.

Tomza said: “In my research work I study the properties, dynamics and potential applications of matter at ultra-low temperatures. Ultracold matter is atoms, ions or molecules with a temperature close to absolute zero. Under such conditions, the quantum nature of the world is very clearly revealed. On a micro scale, at the atomic level, the world around us is described by the laws of quantum physics, and a number of currently used devices, such as a laser, tomograph or GPS, could not exist without quantum effects.”

The scientist is a theoretical physicist and chemist working at the Institute of Theoretical Physics, Faculty of Physics, University of Warsaw. He maintains close scientific cooperation with the world's leading theorists and collaborates with experimental groups from Amsterdam, Basel, Stuttgart and Freiburg. The results of his research could translate into a better understanding of the nature of the world on a micro scale, which is important for all fields of physics and chemistry, as well as the development of new technologies.

This year's laureates were selected from among 53 candidates proposed in this edition by the decision of the jury, the members of which included the director and members of the NCN Council, as well as representatives of the sponsors of the Award.

The sponsor of this year's Award in Physical Sciences and Engineering was KGHM Polska Miedź Foundation, the Life Sciences Award was sponsored by Adamed Pharma SA, and INGLOT Sp. zoo. co-sponsored the Arts, Humanities and Social Sciences Award.

PAP - Science in Poland was one of the media sponsors of the 2020 NCN Award. (PAP)