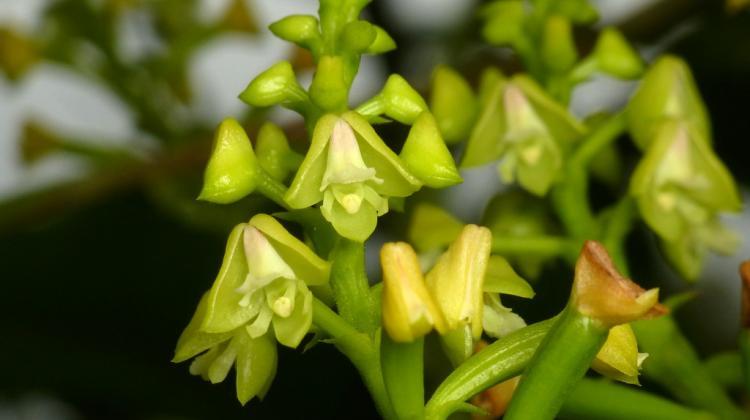 Intensive climate change is taking its toll on orchids, scientists studying the range of one of the plants on different continents say.

According to the researchers from the universities of Lodz and Gdańsk, in Asia global warming will help orchids conquer new lands, but in America and Africa, higher temperatures will push them out of most habitats.

Orchids are found mainly in the tropics, but even in Poland there are approx. 50 species. They bloom from mid-May to mid-July. Impressive orchid meadows can be seen in the Pieniny National Park.

Professor Marta Kolanowska from the University of Lodz, a botanist who has devoted almost her entire research career to orchids, said: “Few people know that they are looking at orchids. Polish species do not look like the magnificent flowers we buy in pots. The plants are usually 20 to 40 cm high, with many small, often red flowers. Forest orchids, dependent on fungi, look like parasitic plants, they are not green at all, because they do not produce chlorophyll.”

TWO TREES IN THE WORLD

The research group checked how the current and forecasted climate changes would affect the range of the selected orchid. They showed that the plant would react differently on each continent. They investigated an unusual orchid species growing in tropical and subtropical America, Africa and Asia.

Over 27,000 orchid species have been identified worldwide. Many of them, especially tropical ones, grow on only one continent, or even only one place in the world. That is why they are so endangered: changing conditions in a small region may mean the destruction of the entire species.

A few years ago, a group of researchers including Professor Marta Kolanowska described the 'devil's orchid' species (Telipogon diabolicus), known only from one place in Colombia. It literally only grows on two adjacent trees. If anything bad happens to the trees, the orchid will disappear with them. There is nothing we can do about it, this mountain plant cannot be grown.

All orchids depend on the presence of a mycorrhizal fungus that causes their seeds to change and germinate. Most tropical orchids continue to collaborate with fungi at later stages of development as well. Funghi are present in their leaves and stems. It is impossible to recreate this natural system that orchids need for development under artificial conditions.

The current research concerned the orchid Polystachya concreta. The species is unique because it is present on several continents and in various regions and it is not correlated with specific fungi. It can be pollinated by many different insects (this is important because some orchids are pollinated by only one specific species).

The study allowed the researchers to assess how climate change will affect the survival and development prospects of the selected orchid.

Professor Kolanowska said: “Our research has shown that it will be different on every continent. In Asia, a warming climate will help orchids grow in new lands. In America and Africa, they will lose almost 70 percent of their current habitats. For rare species of orchids, this means extinction.”

A CHANGE AFTER ALL

She added: “In our research, we confirmed that climate change had accelerated significantly over the past 50 years. In political disputes, people often challenge the alarms of scientists and say that climate change is natural. It is, but it never progressed so fast before.”

Kolanowska and her team made research models for the period of the last maximum glacial period about 20,000 years ago. Since the glacier receded, the orchid has been losing its habitats. But the scale of losses will be unprecedented in the coming 50 years.

She said: “Over the last 20,000 years, the orchid lost 60-80 percent of its initial sites. And now, in the next 50 years, it will lose 70 percent of the remaining ones. The time scale and the scale of the losses are incomparable. If a species loses its habitats gradually, it has time to adapt to the environment and migrate, change its range. But 50 years is a very short time for plants with such a long life cycle. I would not expect an orchid to suddenly adapt to completely different conditions.”

Her article published in one of the Nature group titles proves that human activity greatly accelerates negative changes. It might seem that for tropical species global warming is an opportunity for expansion, but it turns out that it is not possible in the short time that these changes actually take place. Therefore, climate warming mainly benefits invasive plant and insect species, such as mosquitoes that carry malaria.

Kolanowska said: “The orchid populations we studied differed in terms of climatic requirements and therefore their future looked different. We have shown the regions on the maps where orchid habitats will still be available and where new orchids will appear, mainly in Asia. Efforts related to nature protection should be focussed there.”

She added that it is difficult to protect endangered species through seed banks or breeding methods. These plants have overly complex relationships with pollinators and fungi, as well as other elements of the environment, and these interactions are difficult to replicate in cultivation. Even if rare orchids can be grown in a lab, it will be difficult to 'give them back' to nature. Therefore, researchers have identified areas where orchid protection still makes sense. Importantly, they add, protection of species in their natural habitat is also much cheaper.

The research results appeared in the journal Scientific Reports.