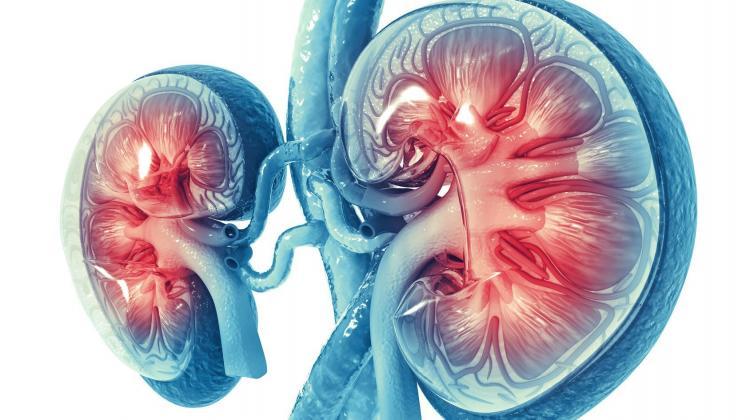 An artificial intelligence system that recognizes mild changes in kidney tumours on the basis of tomography has been developed by specialists in Gdańsk.

According to scientists from the Gdańsk University of Technology, 15 to 20 percent of kidneys thought to have a tumour are removed unnecessarily, resulting in around 900 redundant surgeries per year.

To help doctors and patients, the scientists have developed a machine learning and AI based system called TITAN (Technology In Tumor ANalysis) which can determine the likelihood of a kidney tumour being malignant based on abdominal CT scans alone.

To train the AI, researchers used over 15,000 CT scans from nearly 400 patients.

The system is 87 percent effective and particularly good at recognizing benign tumours, which is its main task.

Head AI architect Aleksander Obuchowski said: “When developing our algorithm, we paid special attention to the diagnosis of benign tumours, because their correct detection can potentially save the patient's life.

'It was not an easy task, as benign tumours accounted for only 26 percent of our database. After analysing dozens of neural network architectures and image processing methods, we managed to achieve a 10/10 score for correctly identified benign tumours.”

Team leader Dr. Patryk Jasik added: “With the TITAN system, doctors obtain an additional opinion in the form of an algorithm suggestion in a manner of seconds.

“The system does not replace a medical diagnosis, it only identifies cases that may have been misclassified. Thanks to the system, doctors can take a closer look at such tumours, discuss the diagnosis with other specialists, or order further tests. As a result, this selection may significantly reduce the number of misdiagnosed tumours.”

The developed algorithms may become more intelligent as they will continue to learn from case-by-case analysis.

The system was created as part of the e-Pionier program run by Excento, a special purpose vehicle of the Gdańsk University of Technology. e-Pionier connects teams of young programmers with public institutions, helping them to prepare innovative solutions in the ICT industry.

The TITAN system will be introduced into clinical practice in the near future. It will be implemented in St. Adalbert Hospital in Gdańsk to help doctors diagnose current cases. The authors point out that it will be the first system of this type in Poland to be used in practice.

The research and teaching staff of the Faculty of Applied Physics and Mathematics: Dr. Patryk Jasik (Team Leader) and Dr. Paweł Syty (Product Owner) and students of this faculty and the Faculty of Electronics, Telecommunications and Informatics - Aleksander Obuchowski (Head AI Architect), Roman Karski (Data Scientist), Barbara Klaudel (Medical Image Specialist), Bartosz Rydziński (Backend Developer) and Mateusz Anikiej (Devops) were involved in the project. They collaborated with Mateusz Glembin from the Urology Department of St. Adalbert Hospital in Gdańsk.

Find out more on this page: